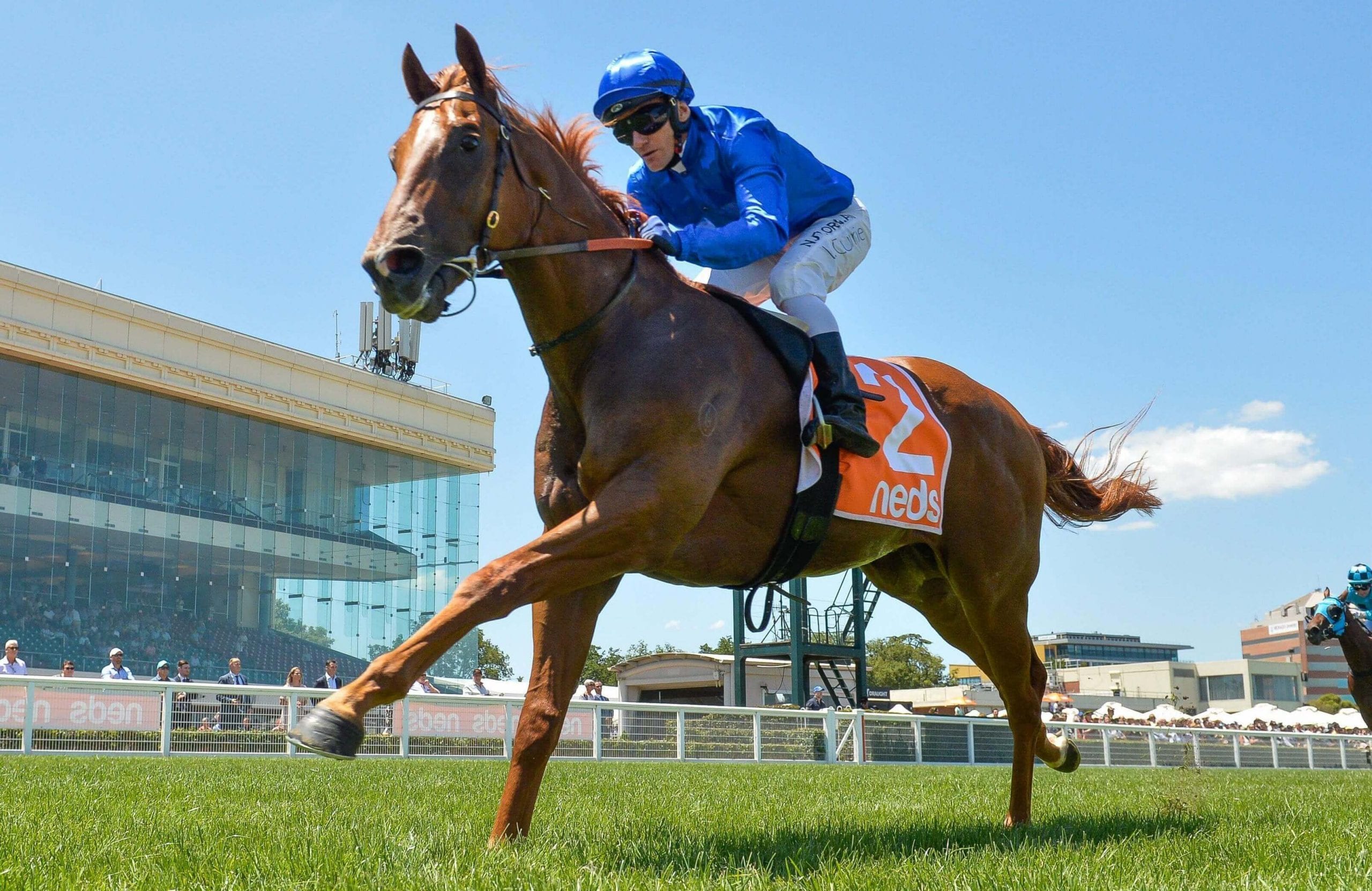 One colt delivered on unseen promise as another confirmed untapped potential to raise weekend expectations that Godolphin can win the Blue Diamond Stakes for the second year in a row.

Less than 24 hours after Valaquenta made a striking debut at Moonee Valley, Hanseatic continued his unbeaten introduction to racing with an emphatic victory at Caulfield.

In a season where rival stables have muscled in on the juvenile scene after Godolphin’s domination in 2018-19, their wins are as timely as they were impressive.

The Blue Diamond Stakes is on our doorstep and Godolphin will be after successive wins in Victoria’s premier race for two-year-olds.

And like last year, Godolphin has an outside stable in its corner to chase Blue Diamond glory.

Hanseatic is trained by Anthony Freedman who had Lyre prepared to the minute to win 12 months ago while James Cummings has anointed Valaquenta as one of his stable’s better juveniles.

Of the pair, it is the forward-looking Hanseatic who continues to impress as the son of Street Boss made it two wins from as many outings in the male division of a Diamond Preview at Caulfield.

Hanseatic is a strong colt and he knows it.

As he paraded for a return to the races after winning the Merson Cooper Stakes over 1000m at Listed level at Sandown in November, the chestnut was in a mischievous mood.

But Hanseatic’s antics made no difference to the task at hand and despite being obliged to race deep for much of the race he was much too good for his opposition.

“Obviously going forward to bigger races you want to see them put up a performance like that and put themselves ahead of the others in an emphatic way,” Freedman said.

“He’ll improve off today. He was a bit fresh and I’ll probably run him again in two weeks because of that.

“I think this colt might need the racing and getting used to the routine of race day.

Hanseatic is the third foal and second winner out of the Exceed And Excel mare Itameri and boasts none other than the unbeaten champion sprinter Black Caviar as a close relation.

Itameri is out of the Fusaichi Pegasus mare Baltics.

This makes her a half-sister to Helsinge, the dam of Black Caviar and All Too Hard while other decorated family members include the Group One-winning sprinter Magnus as well as Scandiva and Arctic Flight.

Hanseatic is one of 39 stakes winners for Darley Stud stallion Street Boss and there’s every chance Valaquenta will be one of his next.

Valaquenta stepped out for the first time on the Australia Stakes program at Moonee Valley and had work to do from worse than midfield before a narrow but decisive win.

He improved between runners into the straight and let down in a manner reminiscent of his half-brother Kementari at his best.

“He’s got something about him this horse and we had a little glimpse of it this evening,” Cummings said.

“He’s very athletic and he has got a lot of strength about him. What you love to see at their first start at Moonee Valley is to knuckle down and get up late.

“He’s got a big future with us and it would be great to see it sooner than later.”

Valaquenta is the fifth foal from Yavanna, a Redoute’s Choice mare who ranks as one of Darley’s finest producers in recent years.

Like Freedman, Cummings also has Blue Diamond ambitions and there’s a possibility Hanseatic and Valaquenta could clash before the Blue Diamond.

“We’ve got a couple of weeks to the (Blue Diamond) Prelude,” Cummings said.

“We could take him along slowly there. He’s a strong brute of a colt, he’s going to handle that no problem but we’ll put him first and make sure he just settles right down.

“But he is a very exciting horse nonetheless, regardless of where we go in the immediate future.”

And as fate would have it, Valaquenta and Kementari will cross paths as barn companions in the Godolphin operation.

Group One winner of the Randwick Guineas as an autumn three-year-old, Kementari has returned to stable life after his stud career was effectively over before it started.

Kementari was declared sub-fertile after a month of service duties and the handsome son of Lonhro has been gelded in preparation for a racing comeback.