Gooree More Than Ready For Another Prize 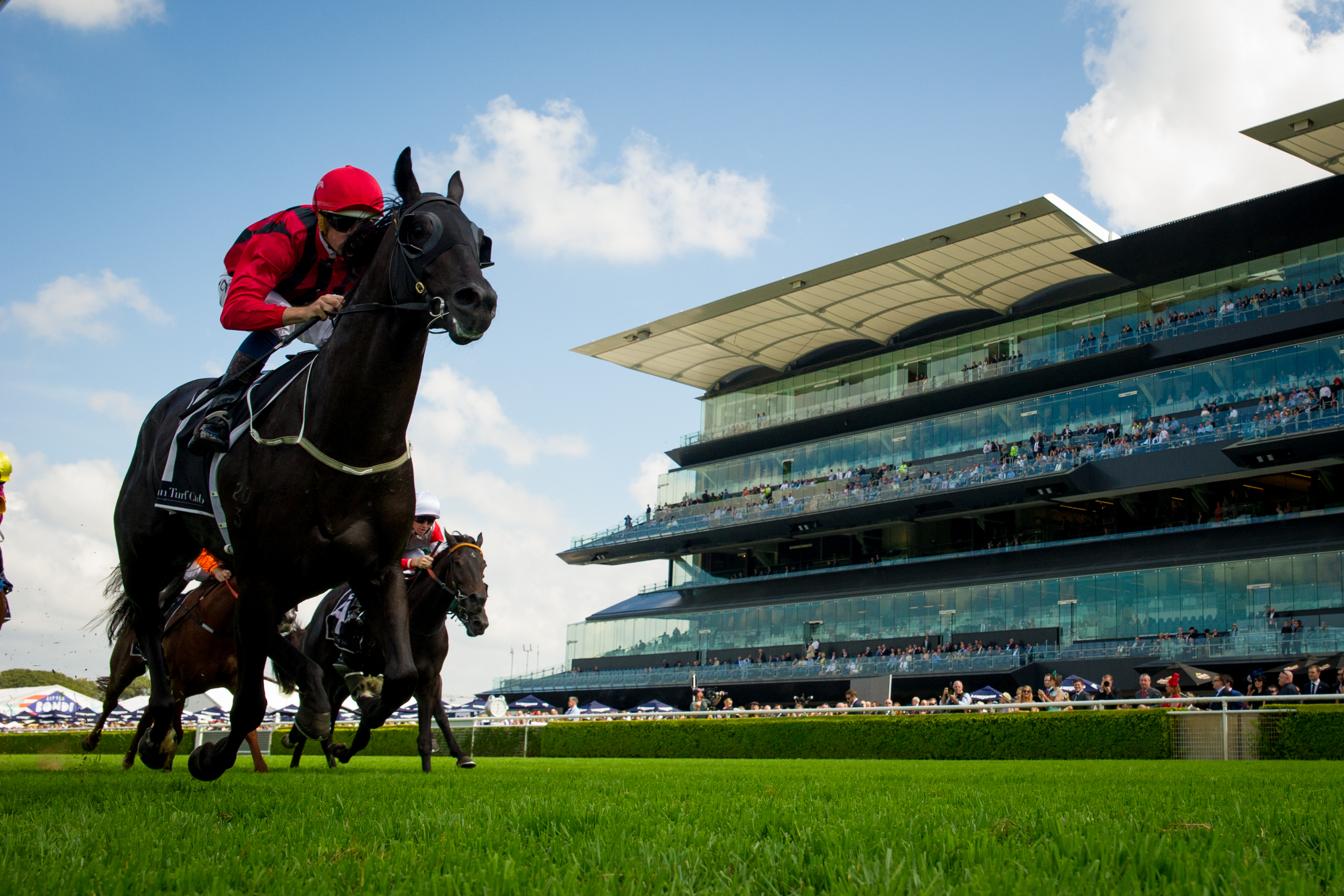 Eduardo Cojuangco’s Gooree Stud has had a major impact on Australia’s breeding and racing landscape for five decades and that influence is set to continue if the Stud’s latest Group One winner – Prized Icon – is anything to go by.

The More Than Ready colt earned his future at stud with a resounding victory in Saturday’s Group One Moet & Chandon Champagne Stakes, just a week after capturing his initial black type success in the Fernhill Handicap.

As a full brother to 2YO Group winner, Romantic Moon, half brother to Melbourne Group winner, Matras, closely related to Group winning 2YO, Salade, and out of a 2YO stakes winner in Tropical Affair, Prized Icon will be highly sought as a stallion and join other Gooree home-breds such as Smart Missile (Arrowfield), Your Song (Widden) and Hallowed Crown (Darley) who are both poised to carve out a niche as stallions.

Sadly, another Gooree-bred in Northern Meteor died in 2013, ending a career at stud which has since realised Group One winners such as Jouster, Speak Fondly, Shooting To Win, Amanpour and Cosmic Endeavour from just four crops.

It’s certainly been a remarkable stretch for Gooree, as it has been for Prized Icon’s trainer, James Cummings.

This was the first Group One success for Cummings under his own banner and he is also married to Cojuangco’s granddaughter, Monica.

But it wasn’t just the Cummings/Cojuangco clan cheering home Prized Icon in the Champagne, as they had plenty of moral support from Hunter Valley nursery, Vinery Stud.

Vinery stands More Than Ready and, Adam White, who heads up nominations and sales, continues to marvel at the success of the stallion who is about to embark on his 16th season at stud in Australia.

“His record at stud is phenomenal … More Than Ready has now had 156 stakes winners world wide and Prized Icon was his 18th individual Group One winner,” White points out.

“I was checking through his record recently and whereas the majority of stallions that have shuttled end up with a lopsided record, his record in both hemispheres is virtually mirrored. There is only something like a dozen or so individual winners difference – out of over 1400 – between north and south, and only a handful of stakes winners. Prizemoney too. Amazing.

“Plus, he is also the only horse to have been Champion Sire of 2YOs in both North America and Australia.

“On top of all that, he’s an incredibly fertile horse … he might be 19 but was still the most fertile stallion on the farm last season.”

Vinery also purchased Group Two winner, Bellini Rose at last year’s Magic Millions National Broodmare Sale for $225,000 and she went a long way to justifying that faith when her third foal, Howard Be Thy Name, notched up black type in Adelaide on Saturday. According to Adam, Bellini Rose will be covered by either More Than Ready or his son, Sebring, this spring.

Hoofnote: More Than Ready was at it again, this time in Macau with Turquoise Power winning the Macau Derby on Sunday. Originally sold at the 2013 Gold Coast Magic Millions for $170,000 to Gai Waterhouse and subsequently runner-up in the 2014 Dulcify Handicap, the now 4YO races for expat Geoff Allendorf.

And Turquoise Power wasn’t the only Australian-bred to star on one of Macau’s biggest programs with Happy Cash (by Time Thief) also capturing the Chairman’s Challenge Cup.