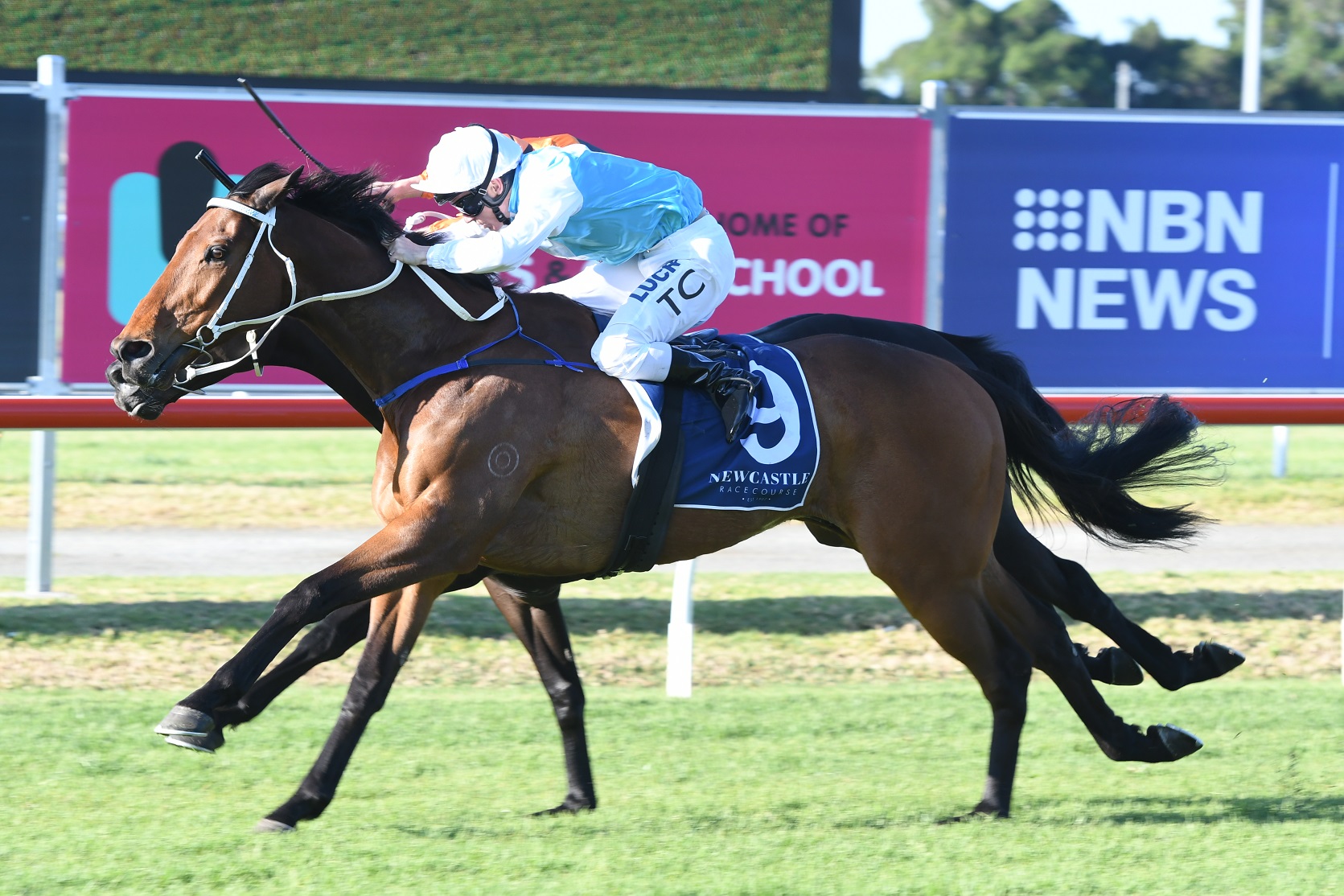 Got Unders digs deep in the Gr.3 Cameron Handicap to give trainer Jay Hopkins his first black-type winner (Steve Hart)

A lot of horses fail to live up to their names, but that’s hardly the case with last Friday’s Group Three Australian Bloodstock Cameron Handicap winner, Got Unders.

The Newcastle trained neddy was a $26 hope for his hometown highlight (the 1500m Cameron was first run in 1935) and with 200m to go, it appeared he would play second fiddle to top weight, Sound Proposition.

Fair enough too. Indeed, his rookie trainer, Jay Hopkins, would have been delighted with second, but Got Unders kept grinding away, eventually grabbing Sound Proposition right on the wire.

Not a bad return for a horse that cost Hopkins’ just $1,250 as a weanling.

Hopkins, who took up training at Newcastle just 12 months ago, explains how it all unfolded: “I was working in Melbourne for (trainer) Luke Oliver in 2010 and watching the Inglis Great Southern Sale online.

“I didn’t know much about Southern Image (Got Unders’ sire), but I liked his pedigree as his dam is by Danehill and is a half sister to (Group One) Oaks winner, Miss Margaret. Lot of other good horses in the family too (Rocket Racer, Lord Reims et al).

Hopkins then ‘encouraged’ half a dozen or so family members into the ownership and one can only suggest the young trainer wasn’t short of anyone willing to buy him a drink on Friday night.

“My parents had shares in a few slow ones over the years and my grandfather trained a horse or two in Coffs Harbour, the area in which I grew up,” Hopkins points out.

“Got Unders was originally with Paul Smith at Coffs Harbour and he won his maiden at Grafton and a race at Port Macquarie as well.

(Got Unders won or placed in 12 of 14 starts for Smith, including three placings in Brisbane).

“I then started working full-time for Ken Lantry at Newcastle and re-located the horse to his stables where he won a few races, including one at Rosehill, plus a lot more placings.

“Eventually, I took out my trainers’ licence and Got Unders became my first winner when he won over 1400m at Randwick in January.

“I’ve since trained another winner (Survey’s Legacy) but getting a Group winner is something else. Really special.”

When interviewed straight after the Cameron and asked “where to next”, Hopkins laughed and said “I’m not sure about the horse, but I’m heading off for a drink”. However, the trainer has since confirmed Got Unders is most likely to appear next over 1400m at Royal Randwick on 7 October.

Don’t fancy your chances of getting overs for Unders this time around though.