The Everest? A Graff of Bell’s Success 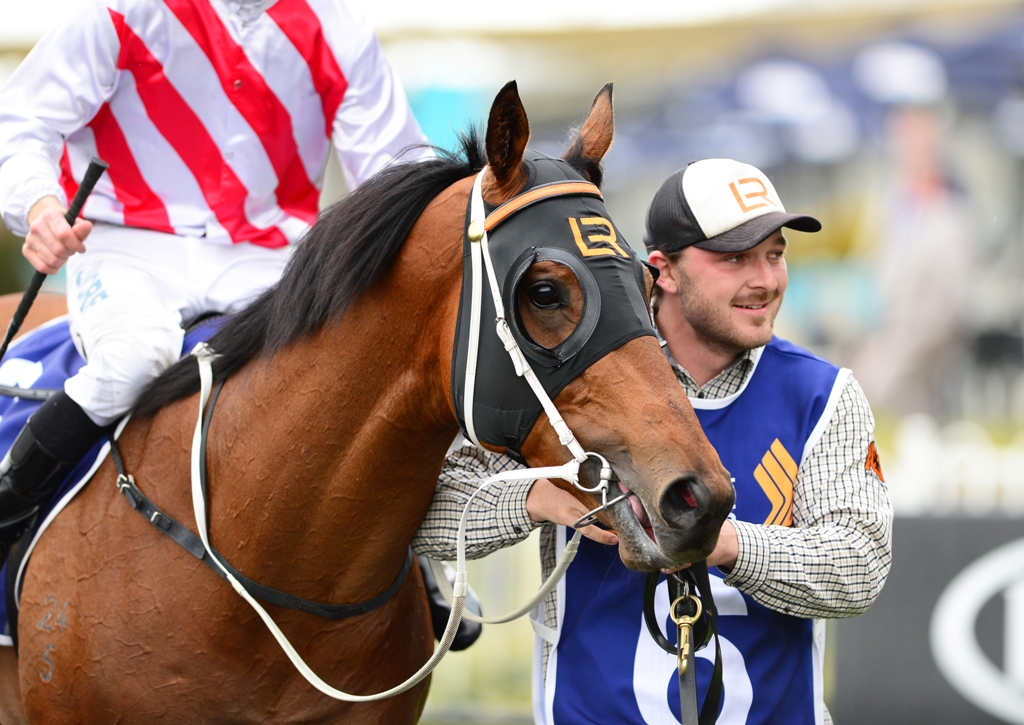 Metaphorically speaking, Alan Bell has worn many hats in the thoroughbred industry over the past four decades: trainer, veterinary surgeon, administrator, breeder and, come Saturday, he will front up at Royal Randwick in the familiar role of owner.

Bell’s nifty colt, Graff, is poised to run in the The Everest after ‘slot holder’ Max Whitby secured the Group winner and Golden Rose placegetter for the $13 million race just on a week ago, filling the second last place in the field of 12.

Graff’s addition to the glittering mix – and the obvious potential to augment his prizemoney tally by many millions – will only likely be enhanced by his residual as a stallion. Again, by the many, many millions. Heady indeed.

In only its second year (having increased its value by $3 million from an inaugural offering of $10 million), The Everest has an “unabashed fan” in Bell.

“In many ways, the rise of the Everest is a shining example of the growth of our industry over the last 10 years, certainly in terms of prizemoney,” Bell points out. “This year’s Everest has attracted quality international horses like US Navy Flag and Home of the Brave and, with it, the global recognition that is so very important.

“The race has only just arrived on the scene but it’s a very smart idea … it’s basically a derivation of the (US$16 million) Pegasus World Cup concept, although it’s really ‘back to the future’ in many ways: after all, racing started when two wealthy guys in England decided to put up a sweep to determine which of their horses was fastest!”

As a former Racing NSW Chairman, Bell is entitled to be parochial about his home state, but warned the Everest – which will be pitted against four Group Ones, including the time honoured Caulfield Guineas in Melbourne on Saturday – is still evolving.

“The decision to add $3 million of industry money this year was smart move and it has been very well promoted,” Bell believes. “The level of interest has been incredible and that’s great for racing regardless of venue. Again, it’s early days but you only have to look at a race like the Golden Rose, which has a relatively short history but is now regarded as one of the premier races in Australia.”

Bell reveals that a number of studs have already made enquiries as to Graff’s stallion barn prospects, but was hesitant to suggest what the colt would be worth following an Everest success.

“It really is unchartered territory,” Bell confesses. “As it is only the second year, the Everest is not recognised as a black type event, but given its global attention and the ‘handpicked’ nature of the lineup, it really is anyone’s guess as to what his perceived value would be.”

Certainly a whole lot more than Bell paid for Graff less than two years ago: $200,000 at the 2017 Gold Coast Magic Millions Yearling Sale.

It was the third year running that Bell had purchased a Star Witness colt from the Widden Stud draft at the Magic Millions.

“I’ve had a lengthy association with Widden and its 150 plus years of success pretty much speaks for itself,” Bell points out. “The Star Witnesses are also terrific value and while one of those colts went to Hong Kong, the other two were Star Turn (a multiple Group winning sprinter now standing at Vinery Stud) and Graff.”

Interestingly, one of Star Turn’s Group victories was in the Schillaci Stakes, named after Bell’s dynamic sprinter of the 1980s.

“I don’t suppose you ever forget your first Group One and Schillaci won the Lightning Stakes at only his fourth start,” Bell recalls.

Schillaci went to capture a further seven Group Ones, while others to race in Bell’s grey and diagonal red stripes livery include Grand Armee (7 Group Ones), Primacy (Newmarket Handicap and 3 other Group Ones) and, in more recent times, Star Turn and Deep Field (a multiple stakes winner standing at Newgate Farm).

Clearly a welcome face at any sale, Bell purchases some five to 10 yearlings annually.

“I spend quite a bit of time reading through the catalogue and narrow it down to certain pedigree traits: stallions that I like and the progeny of mares based on performance and production,” Bell explains. “For a sale like the Magic Millions in January, I’ve usually visited the major Hunter Valley farms in December and looked at their entire drafts, which also whittles down the field.

“Still, there’s invariably many yearlings to view at the sales complex and the number of inspections varies from horse to horse. Sometimes I’ve even bought a horse which I’ve only inspected the once, but it’s usually right up until the time they are in the ring before I make a final decision.

“As for specific traits? There are a number of things I look for, but being correct in front is all-important to me. Sure, there have been many times that a horse who is far from perfect in front has gone on to win major races, but I’m prepared to let them go by.

“Maybe it’s just the old bushie in me (Bell was born in the NSW township of Quirindi) but as I’m on the look out for stallion prospects, you’ll usually find that those sires who are correct in front are more likely to produce correct horses. Breeders are very discerning.”

Bell should know! Although Bell’s broodmare band “ebbs and flows” he usually has around a dozen with which to support Star Turn (“outstanding first foals”) and Deep Field (“yearling prices speak for themselves”).

While Bell’s broodmare interests are yet to match the prowess of his gallopers, he can lay claim to fame for producing one of Australia’s great influencers in the 21st century.

“I purchased the Lomond mare, Patrona, out of the Keeneland sales, to specifically send to Danehill,” Bell adds. “She ended up producing Exceed And Excel.”

(A dual Group One winner for Tim Martin – including the Newmarket Handicap – the Darley based Exceed And Excel has gone on to produce 149 stakes winners of $155 million world-wide).

Bell considers the greatest takeaway from his time in racing and breeding is the ability for industry and government to work in tandem.

“The thoroughbred industry is in rude health and there has never been a better time to invest,” Bell enthused. “Industry and government – both federal and states – have worked for the common good in areas like tax equalization, which in turn has increased race fields and prizemoney. We shouldn’t gloss over the tax concessions introduced by the Hawke Government in the 1980s and subsequent governments have faithfully kept them in place.”

“The important thing is for the industry to promote itself and distribute the product to other audiences, particularly Asia. It’s vital that we make it more accessible to people via 21st century digital technology.”