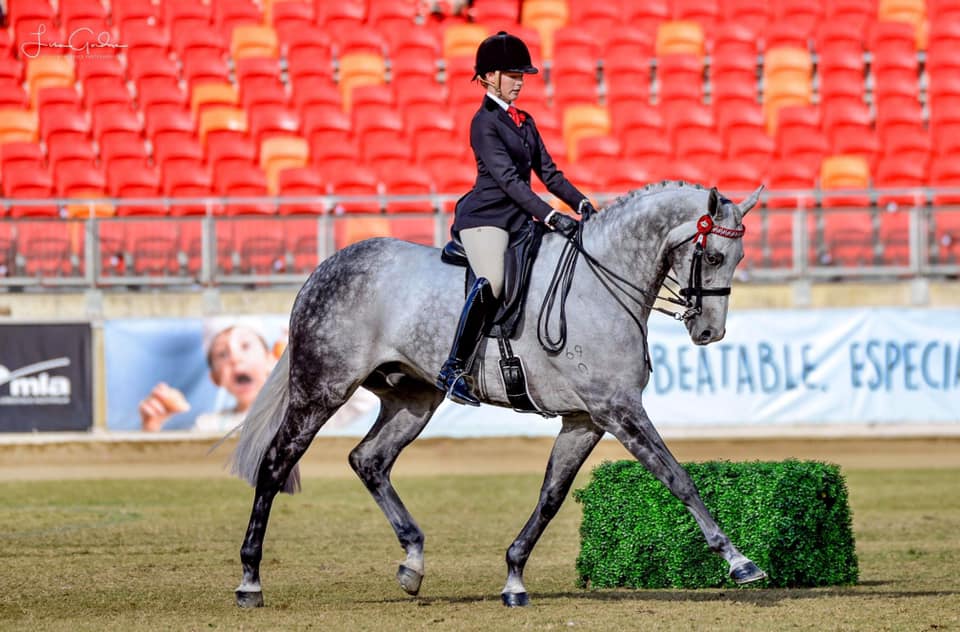 One of the most popular events at the Sydney Royal Easter Show is the Thoroughbred Breeders Australia sponsored, Col AV Pope Cup.

A perpetual trophy for the best gelding hack over 15 hands, the Cup was scooped by perpetual winner, Rolex II who also took out the 2018 Pope Cup at the Royal Melbourne Show.

Now owned by Michelle Labahn and ridden by Kaitlin Labahn-Meyland, Rolex II raced as Grey Assassin and was bred in Queensland by Ed Giacobone and carries the familiar Glenlogan Park brand.

Trained by Liam Birchley, Grey Assassin is a flashy grey gelding who won a race on the Sunshine Coast and had several placings before embarking on his new career as a show horse.

A son of Bradbury’s Luck, Grey Assassin is one of four winners for the 8-time winning mare, Annunciation.