Backing Gait Before Filly Has Bolted 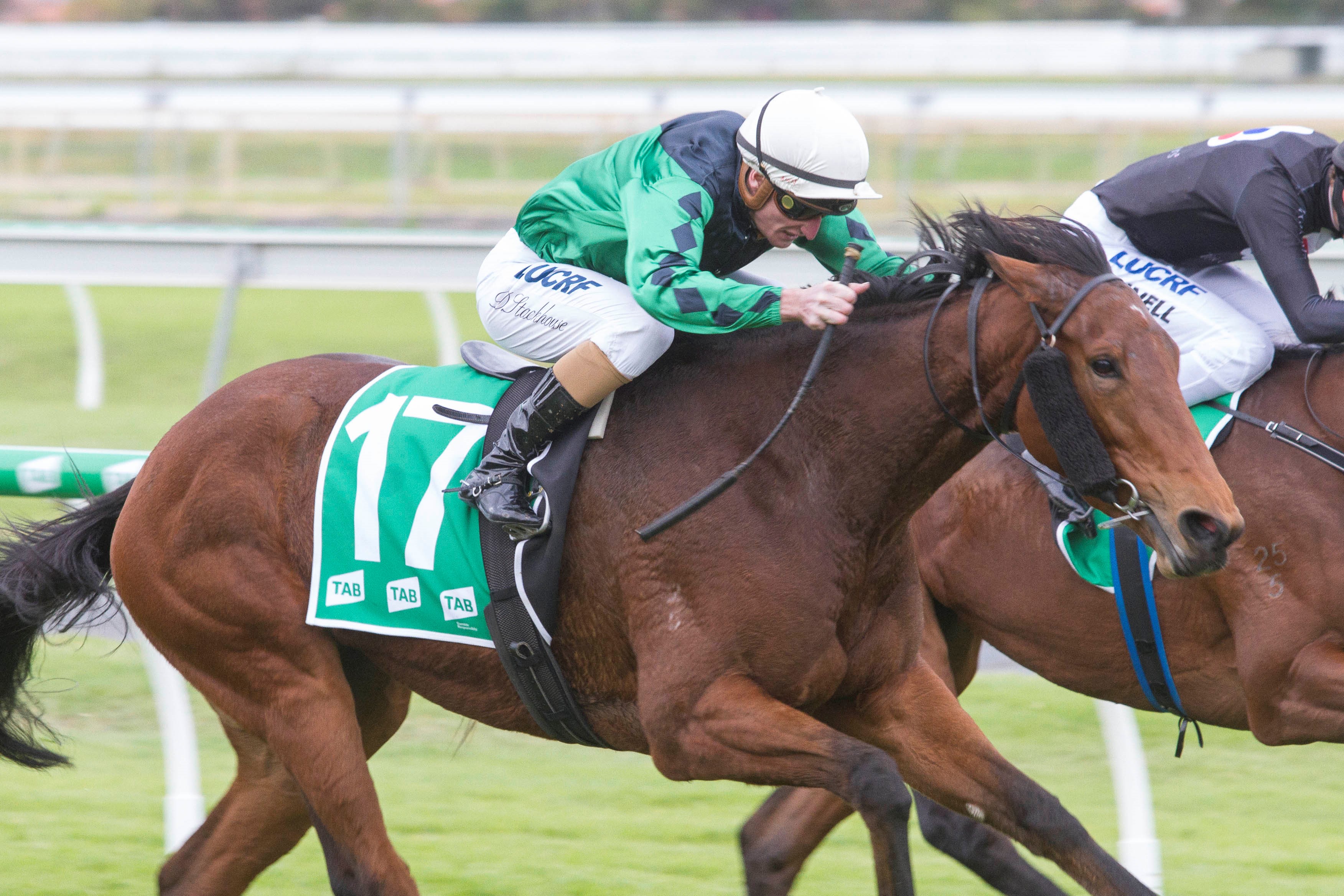 It’s fair to say that few people gave Moor Gait much of a chance in Saturday’s Group Three TAB SA Fillies Classic over 2500m at Morphettville.

The NSW TAB had Moor Gait at $216 as the gates opened, while Victorian neighbour’s had to cop unders … only $195.

Still, as one auctioneer famously said, ‘horses don’t read form guides or pedigree pages’ and Moor Gait confounded all by grabbing the lead 100m from home and holding on gamely for a memorable win.

And, while we say ‘all’, a more accurate assessment would be ‘most’ as trainer, Andrew Noblet did confess that he’d had “something small” on the filly. Even at those odds it’s unlikely Noblet will be taking up training in the Bahamas any time soon, but the Caulfield-based conditioner believed Moor Gait should never have been sent out at those prices in the first place.

Stepping up for the 10th time with just the solitary win under her girth strap – a Benalla maiden last October – Moor Gait had been despatched to Adelaide on the back of a sixth placing over 2000m at Ballarat on 23 April.

“She (Moor Gait) goes pretty good and really shouldn’t have been at those odds,” a bemused (and somewhat richer) Noblet points out. “She was four or five deep the whole way around Ballarat, but still fought on well.

“The Fillies Classic is the race we wanted to run in all along, but it was borderline about getting a start … we ended up first emergency and only got in late.”

Not surprisingly, Moor Gait’s breeder/owner, Tom Curnow, was “tickled pink” with his filly’s win but was lamenting “diving in too early”.

“Andrew (Noblet) was at Flemington and got the good odds, whereas I was at Morphettville to watch the filly and backed her when she was at 70 to one!,” Curnow says with a laugh.

Operating as Aqua Trained Thoroughbreds, Curnow owns the water walker at Morphettville racecourse and has been involved with the thoroughbred industry for the best part of 20 years.

From his Fulmen Park base at Moorooduc in Victoria, Curnow breeds annually from 10 mares, mainly retaining the fillies to race.

The best to carry Curnow’s distinctive green, black vee yoke and diamond sleeve colours thus far is the brilliant racemare, Silent Sedition – also trained by Noblet – who won the Group One William Reid Stakes, five other Group and Listed events, along with placings in three other Group Ones.

Yet, while Silent Sedition was at her peak over shorter courses, Moor Gait was clearly never bred to win a Golden Slipper.

“I don’t believe in rushing my horses and, at best, they will likely have just the one run as a 2YO, two at most,” Curnow reveals. “Moor Gait was bred to do exactly what she did at Morphettville on Saturday.

“Her sire is the Melbourne Cup winner Fiorente and she is out of a mare I raced called L’Inquisitor who won over 2000m at Morphettville and could really get over a distance.

“I devote a lot of time to studying bloodlines and often go back eight to 10 generations. I bought L’Inquisitor from the Perth Magic Millions and she has quite a lot of Le Filou in the pedigree, whom I reckon is one of the best staying influences ever. Well, until Monsun came along.

“He (Monsun) was a German stallion that very few people knew about, but all of a sudden he produced three Melbourne Cup winners in four years: Fiorente, Protectionist and Almandin. Monsun ended up with something like one in every seven foals being a stakes winner.”

Curnow wouldn’t be drawn on what’s coming up for Moor Gait, apart from a “decent spell” at Fulmen Park, but there’s a chance they won’t be offering 200 to one when she next races.

As for L’Inquisitor – now the dam of two winners from as many to race – she produced a colt by Daisy Hill’s 2010 Melbourne Cup winner, Americain, last spring and is back in foal to Fiorente, who is gearing up for a sixth season at Victoria’s Sun Stud.