Guineas win confirms Costa is a young trainer on the move 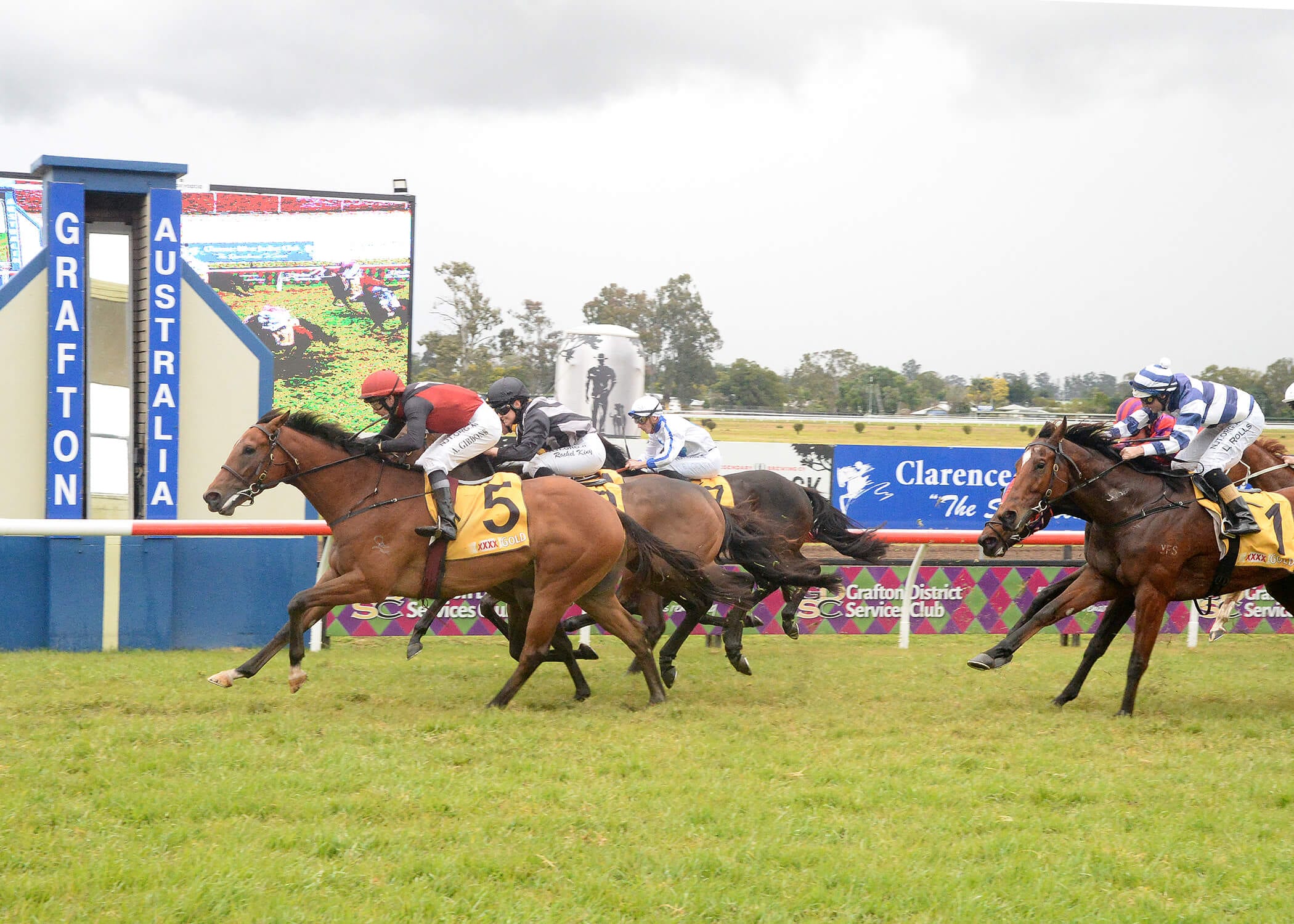 As difficult as it was to accept, losing a horse who would go on to win the world’s richest two-year-old race never diminished Michael Costa’s big-picture outlook in racing.

Costa will bring up a decade of training in August having encountered more than his share of hurdles in trying to establish a successful stable.

It has been well-documented how he once had to sleep rough because he didn’t have enough money to rent a house.

And an association with the 2017 Golden Slipper winner She Will Reign will go down in the race’s folklore as an opportunity lost.

But it is not one that Costa will dwell on as his Gold Coast stable gradually gets a footing in the Queensland scene with the emergence of a young team of horses such as last week’s Grafton Guineas winner Reus.

“It is definitely a marathon for us. Nothing has come easy but it’s good to know that when we place them they are running well,” Costa says.

Costa is having a breakout season, almost four years after packing up his Warwick Farm operation to move his young family to the Gold Coast.

He had to leave behind an unraced filly called She Will Reign that would have changed his life.

“It was tough. Right at the last minute it got pulled from us so it wasn’t ideal but it has made me a better trainer in the long run,” he said

“She was still very early stages but … she was ready to trial the week we were leaving.”

Gary Portelli trained She Will Reign to win the Golden Slipper as Costa got on with the business of building a stable of competitive horses that he thought wasn’t possible in Sydney.

“We had limited numbers at Warwick Farm. One horse in 20 was good enough to be in the city but for the other 19 we had to travel out far and wide,” Costa said.

“I didn’t have a good enough support band.

“I started out with one tried horse but there was a long list of trainers in front of me getting good horses and I was just having to do quite cheap yearlings and just trying to make it.

“It was very, very difficult to think that I was going to compete.

“The move was designed to hopefully walk across the road to the Gold Coast and compete and hopefully build a profile and start to get access to some better yearlings.”

But Reus is the perfect example of the results Costa has been trying to achieve with the three-year-old costing $65,000 as a Magic Millions yearling.

Named for the outstanding German footballer, Reus is finally kicking goals that Costa had hoped for when he went looking for something different amid the stampede for Spirit Of Boom’s progeny at the 2018 sales.

“I bought him in the year when everyone was jumping out of the ground to buy the Spirit Of Booms,” Costa said.

“I probably thought in a normal year, without the Spirit Of Booms, he may have been one of the top horses at the sale.

“He might have just got missed a little bit around the Spirit Of Boom hype and I thought he was a pretty decent buy.”

Costa says Reus, bred and offered by Aquis Farm, is typical of his sire Star Witness’ stock in that he is muscular but light on his feet.

It’s a conformation that lends itself to athleticism but as Costa soon found out it doesn’t guarantee early success on the racetrack.

“He’s just a bit of a larrikin in himself. Not a class clown, just a little bit immature in that way,” Costa said.

“At the moment he is one of those horses where you’ve got to time your run a bit to hit the front at the right time because he’s just getting there and is not quite sure what to do yet.”

Making his first appearance as an early-season three-year-old, Reus was beaten into second place as an odds-on favourite.

He registered another two placings before returning with a first-up win in May and hasn’t looked back, stepping through the classes in northern NSW and southeast Queensland.

In the Guineas, Reus accounted for two fillies, the stakes-performed Foxborough and the promising Fashchanel.

It appeals as a promising form reference despite the absence of black-type attached to the 1600m race but Costa isn’t getting ahead of himself.

“It’s hard to place him in the pecking just yet because he’s a little bit untapped,” Costa said.

“It’s one of those things where you don’t really know when they will reach the plateau.”

Reus is the fourth foal to race from the Fastnet Rock mare M’Indigo.

City-placed and runner-up in the Wellington Boot as a two-year-old in a limited racing career, M’Indigo has a better record at stud as the dam of Adelaide stakes winner Sunset Rock.

Her latest yearling, a filly by Spill The Beans, made $175,000 at this year’s Magic Millions Gold Coast sale in March.

Star Witness is about to embark on his 10th season at stud.

Winner of the Group One Coolmore Stud Stakes, Star Witness has stood at Widden Stud since retiring after a 2011 northern hemisphere campaign that delivered Royal Ascot placings in the King’s Stand Stakes and Diamond Jubilee Stakes.