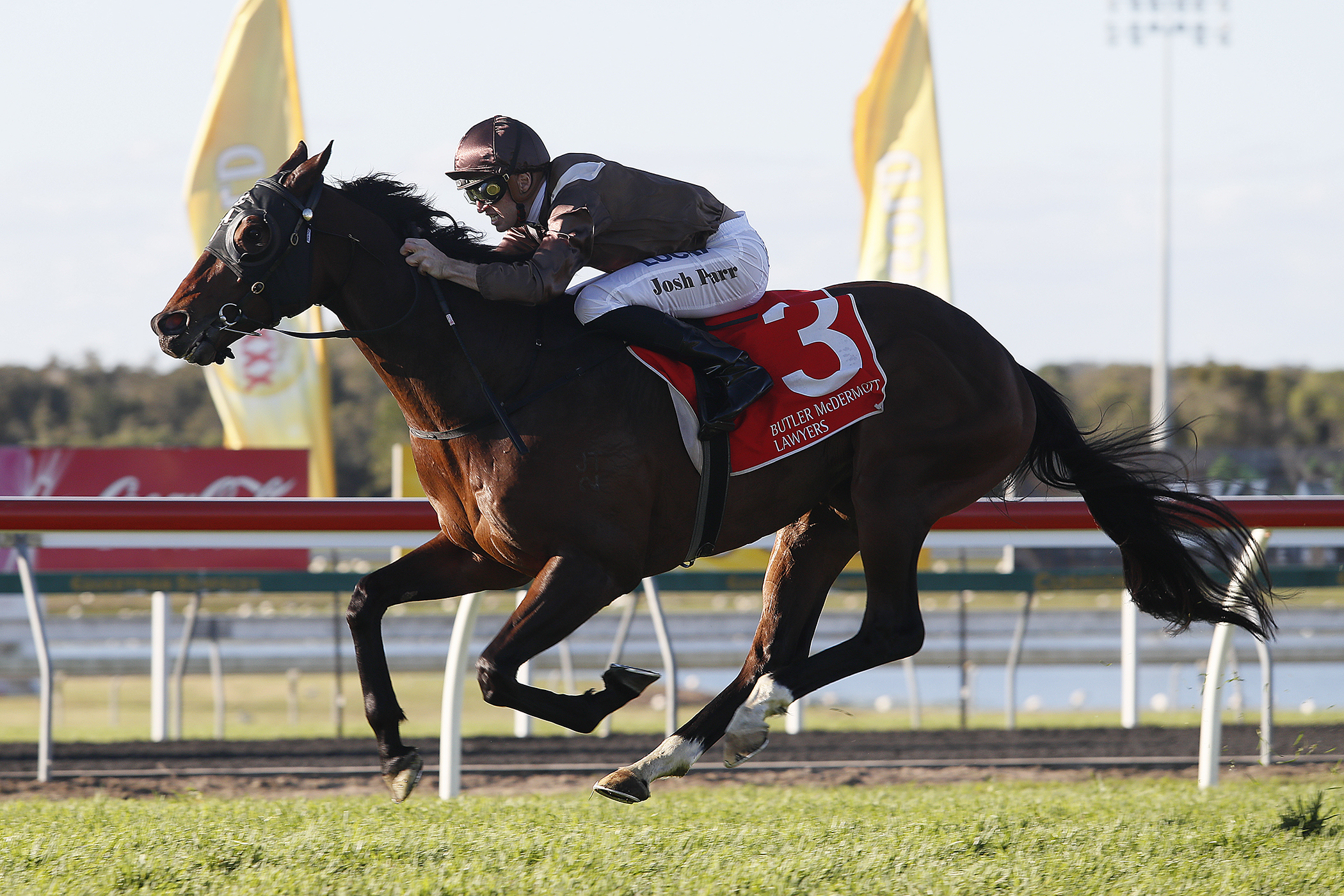 Supply And Demand makes it three in a row taking out the Listed Caloundra Cup (Trackside Photography).

They keep demanding, he keeps supplying. Three starts back, the 4YO gelding was stepped up to 1800m with some trepidation. He won.

Next time out, Supply And Demand was asked to run 2000m, again with some concerns. He won.

On Saturday, the Gai Waterhouse/Adrian Bott trained galloper was tasked with the 2400m of the Listed The Pump House Caloundra Cup on the Sunshine Coast and, yep, you guessed it … he won.

It was some performance from Supply And Demand, who jumped straight to the lead and never relinquished it, finishing over a length clear on the wire to record his first stakes victory. Supply And Demand has now won six from 16 with a further six placings and $422,735 in stakes.

A healthy return indeed for breeder/part-owner, David Henderson, who offered Supply And Demand at the 2014 Inglis Australian Easter Yearling Sale where he was knocked down to Gai Waterhouse for $170,000.

“I’ve had a few horses with Gai over the years and always said I’d be happy to keep a share in one we bred,” Henderson explains. “Gai really liked the horse and the fact that he’s by Sebring didn’t hurt either.”

(Gai Waterhouse trained Sebring to victory in the 2008 Golden Slipper, AJC Sires’ Produce Stakes and second in the Champagne).

Supply And Demand is out of the multiple city winning Octagonal mare, Demanding, a half sister to Perth stakes winner, Victory Dash and closely related to Champion 2YO, Tierce.

When Henderson purchased Demanding for $170,000 at the 2011 Gold Coast Magic Millions National Broodmare Sale, she had already produced stakes winners Phenomenons and Spacecraft and was in foal to Commands.

The Commands would be sold to David Raphael for $300,000 and later race with some success in Hong Kong after Group placings in Sydney at two and three.

Henderson, who breeds from around 20 mares annually and has ownership in some 18 racehorses, purchased Demanding with the Widden Stud based Sebring in mind.

“I raced Sebring, in partnership, so am obviously a huge fan of the horse,” Henderson points out.

“Widden born and raised, Supply And Demand, is another great reflection of the versatility of his sire,” Widden Stud’s Ryan McEvoy enthused. “This season alone he’s sired Group One winning sprinters to stakes winners over 2400m.

“Sebring has now clearly established himself as one of Australia’s most exciting sires. He’s the youngest stallion in the top 10 on the sires’ premiership and, as expected, has a full book for 2017.”

Based on the Gold Coast, Henderson has paid the bills for around 80 gallopers since 2002 and admits that the racing game is definitely in the blood.

“One grandfather was a keen owner who won a few country cups and the other grandfather liked a punt,” Henderson reveals. “My parents ran the catering at the Gold Coast Turf Club for a long time and my brother is a committeeman for the Club.

“I was fortunate enough to race Sebring, but I’ve also had Sweet Idea (Group One The Galaxy and $2.5 million) and Descarado (Caulfield Cup) race in my colours, along with shares in Fiorente (Melbourne Cup and Australian Cup) and Pornichet (Doomben Cup).

Polska was sold at the 2017 Gold Coast Magic Millions National Broodmare Sale for $1.6 million, knocked down to Dean Hawthorne Bloodstock.

“As for Supply And Demand, he’ll make his way back down toward Sydney and maybe have a run in the (Listed) Grafton Cup (13 July), but Gai might decide to tip him out right away and bring him back for the Melbourne spring.”

Clearly there are a number of options open for a horse that supplies on demand!