How Cool Was That? 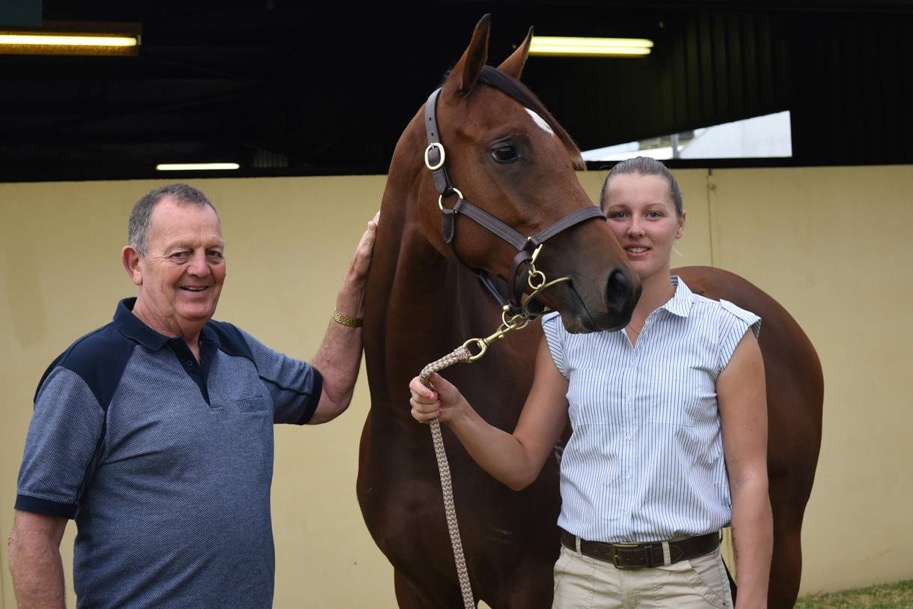 The Casino Prince filly from Bay Breeze was fairly popular from the moment she started parading for Squillani Park at the Adelaide Magic Millions sales complex last Thursday.

However, the tempo had increased markedly from around lunchtime on Saturday when the filly’s big brother, Falcool, did exactly what every vendor dreams of by winning a stakes race two days before a sale … in this case, the Listed Incognitus Stakes down the straight at Flemington.

Squillani Park’s owner, Terry Board, was – naturally enough – one happy camper after Falcool updated his resume with black type and is proud of his farm’s ability to punch well above its weight.

“We only have five broodmares at Squillani Park and yet we’ve managed to breed a sizeable number of winners including 2014 Group One Emirates Stakes winner, Hucklebuck, and now Falcool,” Board points out. “We’re only a relatively small farm, but we must be doing something right because other winners off the property include Kapha, Pont Royale, Courtza King, Centennial Shot and Another Slipper.

“Falcool’s full brother, I’m Cool, was also stakes placed and a very good racehorse, winning five. He had a number of issues and didn’t race until he was four so we probably didn’t see the best of him.

“Another half sister in Sheeza Hectic won two but unfortunately died of colic.

“Based on I’m Cool, I decided to send the mare (Bay Breeze) back to Falvelon and that certainly paid dividends for the mare and trainer Aaron Purcell on Saturday.

“This filly at the sale is similar to Falcool … a lovely, quiet horse. Good attitude. She was hopefully going to attract plenty of attention before Saturday but now, who knows? At least we won’t have to wait too long! (the filly will be sold a Lot 23).

“Bay Breeze has a filly at foot by Good Journey but unfortunately missed getting in foal to Helmet last spring.”

Based over 40 acres in the picturesque Adelaide Hills, Squillani Park will have four yearlings up for grabs from when the Adelaide Magic Millions commences at 6pm today (and continues through to Wednesday).