How Sweet it is at Swettenham Stud 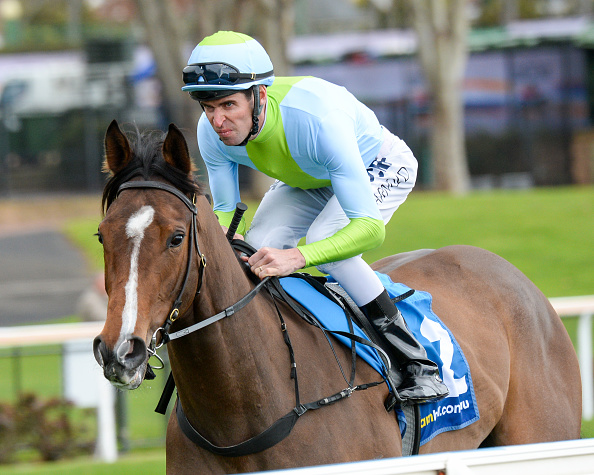 For a stride or two in the straight, Sweet Sherry looked like causing the biggest boilover in Golden Slipper history at Rosehill in April.

Sent out at $151, the Victorian visitor kicked clear at the furlong despite having led into a headwind with no cover.  She was overhauled in the final stages by Capitalist and co. but was brave to the line in seventh spot.

Fast-forward five months and Sweet Sherry is back in contention for a Group 1 after a brilliant first-up victory in the Cleanaway Plate (1200m) at Moonee Valley on Saturday.  “It’s scary the amount of improvement in this filly,” co-trainer Troy Corstens said.  “She’s got a stack of ability and is still coming through in the coat.”

The immediate problem for connections is whether to stay in Melbourne for the Group 1 Thousand Guineas or detour to Sydney for the Group 1 Golden Rose.  Troy and his father Leon will sit down with owner Steve Gillard this week to weigh up their options.

“The Golden Slipper proved she can handle Sydney but we don’t want to jeopardise her Melbourne program having a shot at the stumps in the Golden Rose.”

Heavyweight jockey Steven Arnold gave Sweet Sherry the run of the race first-up and he will stick like glue to the Bel Esprit filly.  “She settled perfectly and relaxed when they dropped the tempo,” he said on Saturday.  “When the leader rolled off the fence approaching the home turn, she took the run without any worries.

“We got to the front too early but I had to take the gap when it appeared.  I’ve been doing a lot of work with this filly and she’s all quality.”

Previously with Brent Stanley, she jumped the blocks as an early-season juvenile winning the Maribyrnong Trial (1000m) at Flemington last October.  Lester decided against keeping her in work after the trip to Sydney and that paid off when she put on 60kg during an extended break.

Sweet Sherry was bred by Steve Gillard and is a half-sister to Arinosa who won at Group 2 level in the Premiere Stakes and Sapphire Stakes at Randwick.

Sangster also consigned another big, strong Bel Esprit filly (as agent) at the 2008 Premier Sale and she went on to fame and fortune with Peter Moody.

Sound familiar?  If not, you’ve been sipping too much Sherry.