Howard (And Lisa) Be Thy Winners 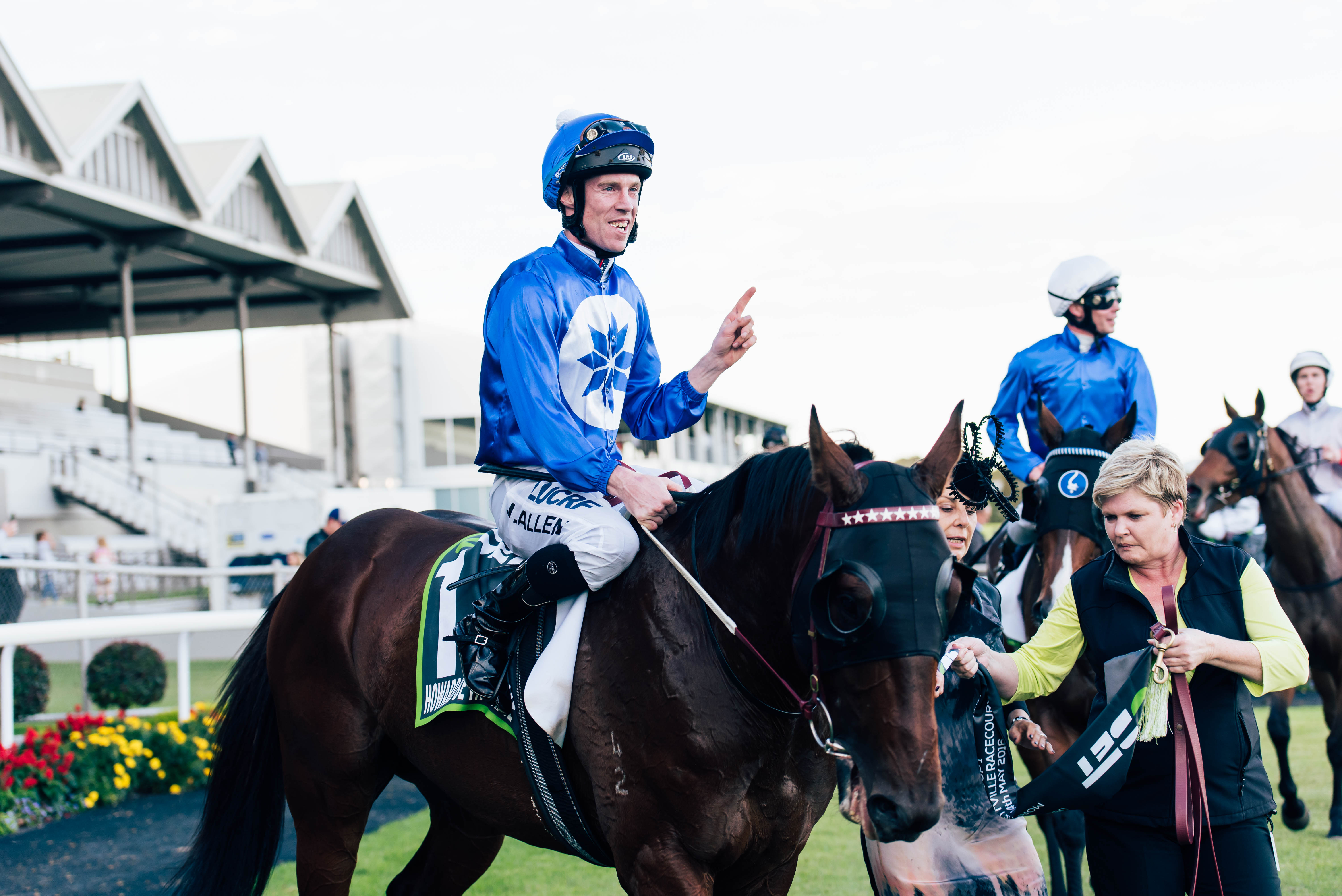 It depends on what side of the fence you’re on, but some might say that owners put unrealistic demands on trainers.

Lisa Aldridge recalls joking around with Darren Weir after the trainer had won the 2015 Melbourne Cup with Prince of Penzance, insisting that he would now have to go back-to-back, but this time with her colt, Howard Be Thy Name.

Never at a loss for a quip, Weir replied: “Might try and win a Maiden with him first!”

Sure enough, Howard Be Thy Name did win his Maiden, at Ballarat at the end of January. Then he ran second in the Tasmanian Derby, beaten a nose. Then he won at Pakenham. Then the Port Adelaide Guineas, his first stakes win. Then the Group Three Chairman’s Stakes. And then, on Saturday, the Group One South Australian Derby.

After three thirds and two seconds in October, November and December, Howard Be Thy Name’s record now reads five wins and six placings from 11 starts and $524,090. No Cups yet, but a very good effort off a single preparation.

Weir’s Racing Manager, Jeremy Rogers, puts it down to environment: “he (Howard Be Thy Name) has absolutely thrived at Warrnambool – loves poking around on the beach and just keeps producing on the track. He’s a really nice horse.”

His owner thinks so too, although Aldridge admits to some nerves prior to Saturday’s Derby: “People tell me they’ve never seen a colt as quiet as he is. You wouldn’t back him if you looked at him in his stall before the race, but he just wants to win when he gets out on the track.

“There’s good karma about this horse too. Along with my husband – yes, his name is Howard – we bred both the colt and his mother, Bellini Rose, in partnership with Eric Watson of Watson Bloodstock.

“Bellini Rose was a very good racehorse, winning the (Group Two) Blazer at Flemington and seven other races. We sent her to Redoute’s Choice, then to Lonhro and then back to Redoute’s, this time producing Howard Be Thy Name.

“When he was passed in at Easter ($245,000) we decided to race him with four of our good friends, forming the Mahogany Syndicate.

“The Syndicate is named after the Mahogany Room at Crown Casino.”

When it was pointed out that there was a fairly handy horse by the name of Mahogany that had once been raced by Crown’s former owner, Lloyd Williams, Aldridge didn’t miss a beat: “Howard has known Lloyd for years and is actually managing director of Crown in London.”

Hence, that is why Howard had to content himself with watching the Derby via FaceTime and cheering from afar for his namesake.

And it seems FaceTime is going to get a decent workout during the Brisbane Winter Carnival too, with Rogers confirming that Howard Be Thy Name would be heading north for “the Grand Prix (28 May) and then on to the Queensland Derby (11 June)”.

“Unfortunately, I won’t be in Brisbane – except via FaceTime – but our friends will be there to lend plenty of support,” Aldridge adds, although one gets the impression Howard and Lisa Aldridge will be on course at Flemington if Weir does attempt to go back to the back on the first Tuesday in November.

HOOFNOTE: Howard Be Thy Name became Redoute’s Choice’s 30th individual Group One winner and, naturally enough, Arrowfield Stud’s Bloodstock Manager, Jon Freyer was buoyant: “Redoute’s Choice just keeps raising the bar and making new headlines around the world, almost faster than we can keep up with him!

“In 24 hours Howard Be Thy Name’s Derby win consolidated Redoute’s Choice’s position as the leading active Australian sire of Group One winners, his 2YO son Table Bay won impressively in South  Africa and a Redoute’s Choice filly nearly topped the Arqana Breeze-Up Sale in France.

“On top of all that, he featured in the Scone stakes results, thanks to Clearly Innocent (by Not A Single Doubt) and Alucinari (out of a Redoute’s Choice mare).”