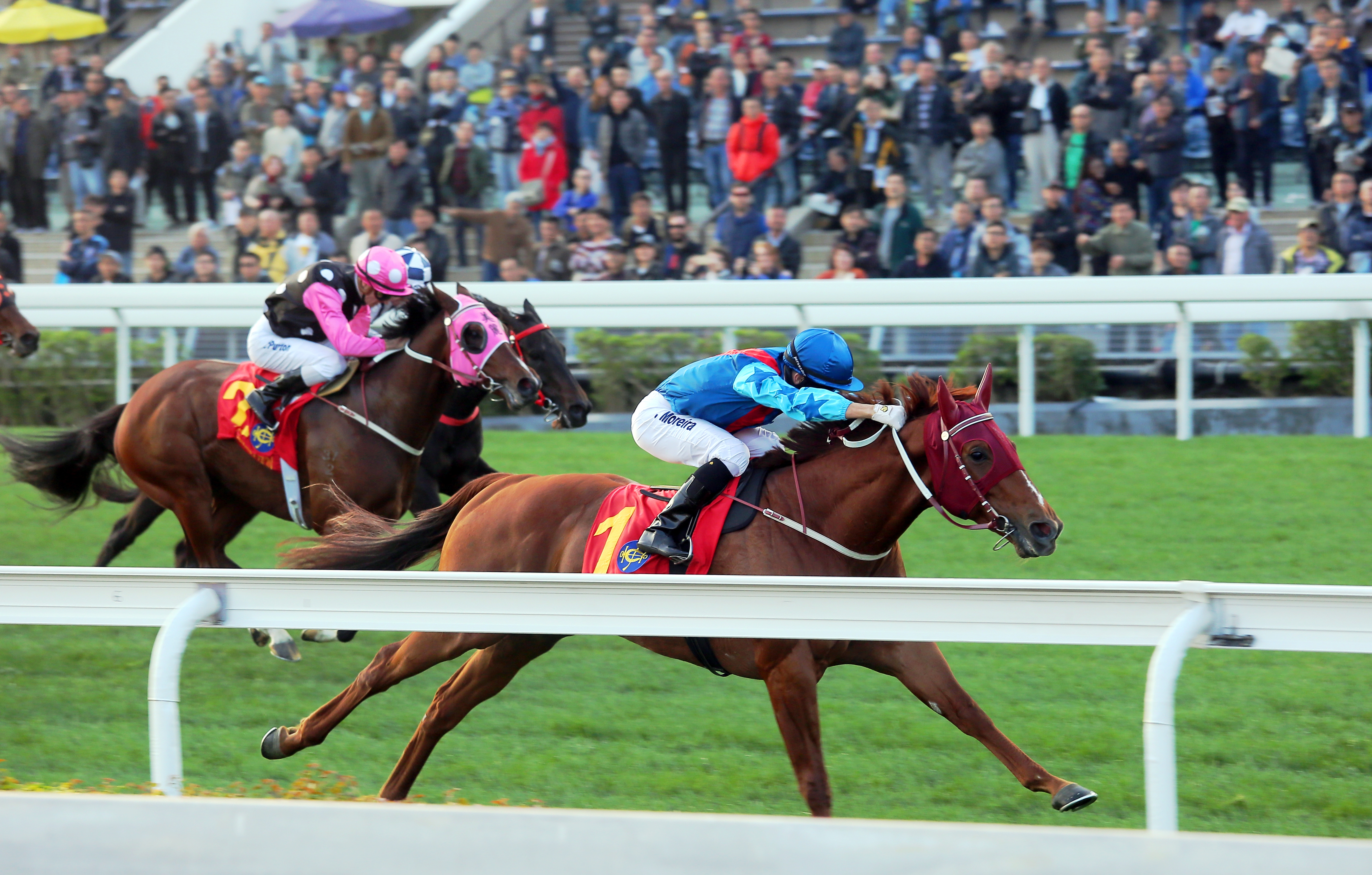 Bred in NSW at perennial source of talent, Gooree Park Stud, Rapper Dragon is a 4YO son of the Darley based sire, Street Boss, from the Danehill Dancer mare, Swing Dance.

A half brother to the stakes placed 2YO, Swing Vote, Rapper Dragon is also closely related to Northern Meteor’s Group One Queen of the Turf winner, Amanpour, 2YO stakes winner, Sports Edition, and Flemington stakes winner, Turf Express, who was also successful in Hong Kong.

Champion trainer, John Moore, was fulsome in his praise of Rapper Dragon who originally raced in Australia under the moniker of Street Dragon, winning at Wyong at two before finishing second in both the Group Three Schweppervescence at Rosehill and second behind Pasadena Girl in the Group One Champagne Stakes.

“I have been telling the press all week that this is the cleanest-winded horse I’ve had in the stable for donkey’s years and from that point of view he’s very easy to get fit,” Moore enthused, indicating the 4YO Classic Series was well within the horse’s grasp.

The win of Rapper Dragon was Moore’s fourth success in the race, having also lifted the Mile trophy in 2014 with Australian-bred superstar, Able Friend.

Jockey, Joao Moreira, was equally effusive about his mount, saying “he seems like something special” and that “the way he won, you wouldn’t doubt that he’d step up to 1800m and 2000m while performing at top level”.

With Sunday’s romp, Rapper Dragon took his tally to six wins and three placings from 14 starts and this was his second victory at stakes level, having taken out the Group Three (HK) Lion Rock Trophy in May last year. Consequently, his earnings have shot to HK$12,109,500, a tick over A$2 million.

Rapper Dragon was bred and raced initially by Henry Cojuangco – brother to Gooree Park Stud’s owner, Eduardo – who sold the horse to Hong Kong shortly before he passed away in 2015.

“It was a real win-win for Henry,” Gooree Stud’s Monica Cummings explains. “The horse had to be gelded early on and, as such, didn’t fit into Henry’s breeding plans, but he very much enjoyed racing the horse. Hong Kong made a significant offer for the horse … too good an offer to refuse for a gelding and so he was sold, but Henry would have been very excited at the horse’s continued success.”

Now based at Newgate Farm, which sold her Congrats yearling for $110,000 at the Gold Coast Magic Millions earlier this month, Swing Dance produced a colt by Deep Field last spring and is now back in foal to Street Boss at Darley.

With his 26 stakes winners including 2016 Group One Newmarket Handicap winner, The Quarterback, Street Boss’s fee increased from $11,000 to $27,500 in 2016 and he covered 103 mares from his Victorian base last spring.