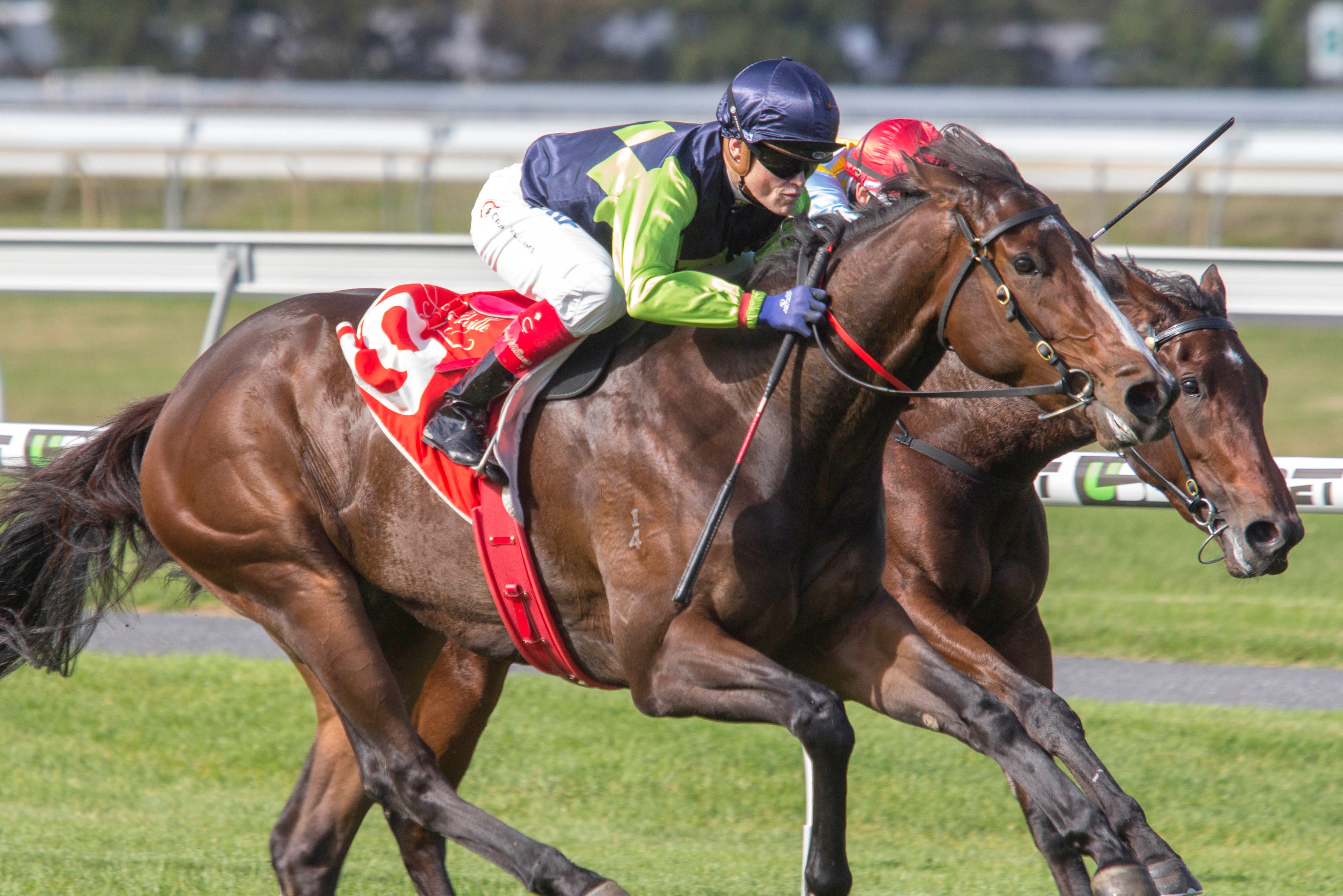 I'll Have A Bit impresses in the Gr.3 National Stakes (Atkins Photography).

Ken Breese has always been happy to “sell a few, race a few” since first getting involved in the thoroughbred industry around 30 years ago.

He was happy to sell a few at last year’s Inglis Melbourne VOBIS Gold Yearling Sale, via the Basinghall Farm draft: a Not A Single Doubt, a Snitzel and a Smart Missile.

The Snitzel colt was out of Breese’s home-bred, 5-time stakes winner Tickle My, while the other pair were from Tickle My’s daughters.

As it turns out, Breese would have been more than happy to keep the Smart Missile filly, but was overseas at the time and, through a miscommunication, ended up selling all three.

On Saturday in Adelaide, the Smart Missile – now named I’ll Have A Bit and racing out of the John McArdle stable – notched up her first stakes victory by claiming the Group Three National Stakes over 1200m.

It was an impressive performance by the filly whose previous three outings had resulted in a Flemington fourth, a Geelong second and a fast finishing third at Flemington two weeks earlier.

She has clearly benefited from the lead ups and appears destined for a few more winners’ rugs.

If Breese was sorry to see her racing in colours other than his own, he wasn’t showing it.

“C’est la vie. Bruce Purcell usually trains my horses and I know he would have fancied a Group winner, but good luck to John (McArdle) because he clearly has a big opinion of the filly,” Breese points out. “So much so that he purchased the Foxwedge half brother in Tasmania earlier this year.”

I’ll Have A Bit’s dam, Take All Of Me, was a 3-time winner for Breese and is one of seven to race – all winners – from the Perugino mare, Tickle My.

Winner of the 2003 Group Two Sunline Stakes, Tickle My won all five of her stakes races in Melbourne and, ironically, was only raced by Breese because he couldn’t sell her!

Breese adds that it’s been a while between drinks since he’s had a Group winner but isn’t complaining.

“I raced a mare called Rich Habit (a Flemington stakes winner) in the 1980s and it just grew from there,” Breese explains. “We bought a farm and had it fully set up until a few years ago, but have since scaled back and I’ve only got around eight mares these days. Four of those are up with Tas Rielley at Basinghall, while the rest are with the Whishaws at Armidale Stud in Tasmania.

“As for Take All Of Me, she’s got a weanling filly by Toronado, but based on I’ll Have A Bit’s win on Saturday, she might end up heading to Smart Missile again this spring.”

Although McArdle is keeping his powder dry as to where the filly heads next, the Mornington based trainer was clearly impressed by the National victory.

“I’ll Have A Bit’s always given us a good feel and we’ve got a big opinion of her,” McArdle enthused.

“She blew the start at Flemington at her first run and finished fourth to Limestone and she’d just about had enough, but we took her to Geelong and ran into Jukebox.

“She came back, trialled good and the other day at Flemington she was just too far back the way the race was run and Booker sprinted that hard and we couldn’t catch her.

“We were thinking of taking I’ll Have A Bit to a maiden at Seymour on Tuesday and credit to her owner, Terry Martin, because he said we should have a crack at the good race. Turns out he was spot on.”