Rippa Of A Weekend 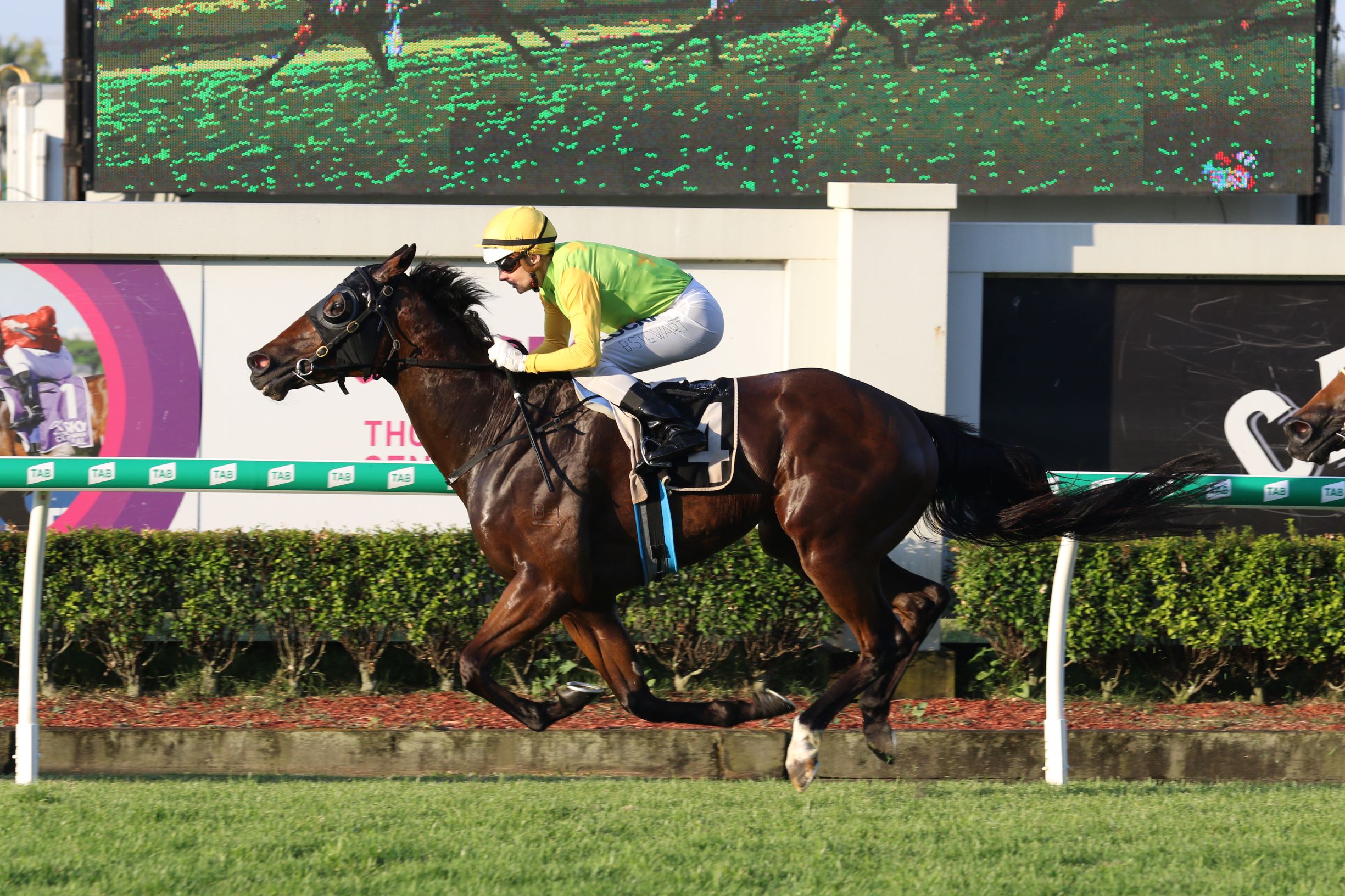 Mary Lee Trivett didn’t make it to Doomben on Saturday to watch I’m A Rippa go around in the Group Three TAB George Moore Stakes: too busy branding cattle.

She couldn’t make it to the Sunshine Coast on Sunday either to see another home-bred in Jadentom win her sixth race (from 12 starts).

There’s every chance though that Trivett will be front and centre at the Gold Coast on Saturday 12 January to cheer on I’m A Rippa in either the Woodford Reserve Magic Millions Cup over 1400m, or the race he won earlier this year, the Racing Queensland QTIS Open over 1300m … each worth $1 million apiece.

“It’s great to have options,” Trivett enthused. “(Trainer) Tony (Gollan) reckons I’m A Rippa could run out a strong 1400m so the Cup might be the go.”

I’m A Rippa has well and truly lived up to his moniker. The George Moore was win number eight from 29 starts, which includes 12 placings and $1,166,757 in prizemoney with career highlights including his Magic Millions in January, the Group Three BRC Sprint in May and the Listed Eye Liner in June. Indeed, in the last 12 months, the now 5YO son of Love Conquers All has raced 12 times for five wins and five placings.

The South East Queensland based Trivett bred I’m A Rippa from her Seidnazar mare, Derippa, preparing him for the 2015 Gold Coast Magic Millions QTIS Yearling Sale where he would be knocked down to Gollan for $55,000. And that’s normally where Trivett would have said goodbye and good luck.

“I bred and raced Derippa too and she was a very fast two year old, winning two races including the Wellington Boot,” Trivett explains. “Matter of fact, her second race was in a Maiden at Kembla where they ran these incredible sectionals before she finished second to a horse called My Amelia.

“My Amelia would go on to produce The Mission, who won the (Group One) Champagne Stakes and now stands at Aquis Farm, while Derippa has come up with I’m A Rippa. So, from a fairly inauspicious 2YO race at Kembla, the first two home foaled down a Group One winner and a 3-time stakes winner.

“I spoke to him quite a few weeks after the sales though and he was having a bit of trouble getting owners into the horse, so I told him that some friends and I would take 50%. It turned out to be a good decision in the end.”

Involved in the industry for “quite a while”, Trivett had up to 40 mares at one stage – and regularly races “half a dozen” – but leased 200 acres of her property, Banchory, to Eureka Stud in 2015.

“I decided to also scale back on the number of mares, focusing more on quality rather than quantity,” Trivett explains. “So, I sold Derippa – who was carrying a full sister to I’m A Rippa at the time – for $20,000 at the (2016) Magic Millions National Broodmare Sale.

“The pedigree was a little light on black type and I’m A Rippa hadn’t done much at all by that stage. Eureka has ended up with the mare though and will sell a Foxwedge half sister to I’m A Rippa on the Gold Coast in January.

“As for the full sister to I’m A Rippa, she was bought by Tony for $80,000 the day after I’m A Rippa won the $1 million race and they’ve called her She’s Our Rippa.

“Quite a few of the people in I’m A Rippa have gone into She’s Our Rippa as well, including my good friend Chris Mayne who suggested I take a share in the filly. I passed though and might live to regret it,” Trivett adds with a laugh.

“I’m very happy with my lot though … the mares I have now are all well-bred and in foal to leading stallions. I purchased a mare called Around The Clock a couple of years back and since then she’s produced Hall of Fame, who won a Group One in New Zealand. What’s more, she’s got a cracking Savabeel colt and is in foal to Merchant Navy.”

Basically having a rippa of a time!