All In Good Time 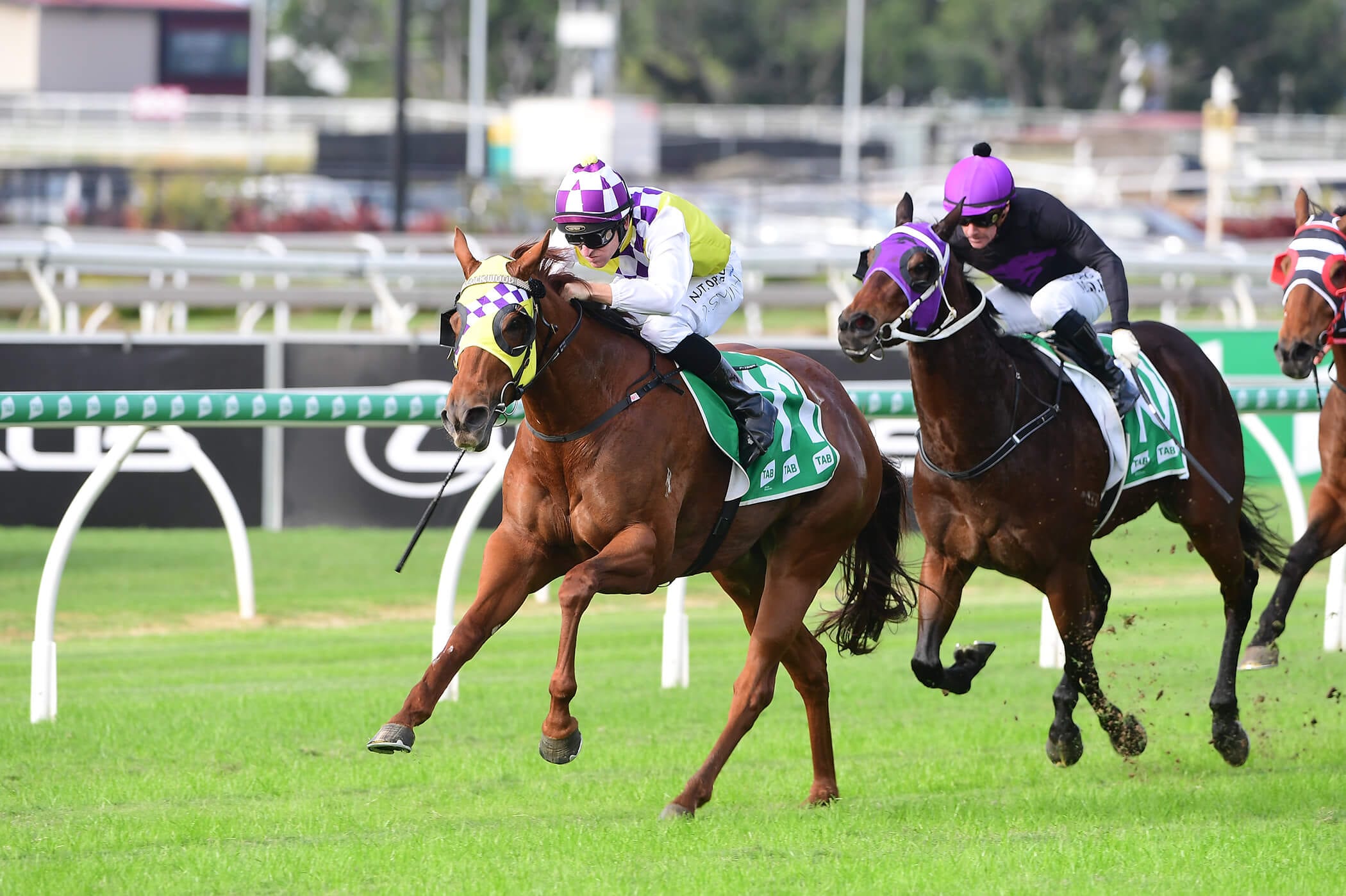 The unassuming Howlett rode two Sydney Cup winners and, after taking up training
in 1964, won a Doomben 10,000 with Suntain and lists the multiple Group winner,
Belmonte, among his best.

Howlett then pulled off the trifecta in 2014 when the I Am Invincible colt he bred,
Brazen Beau, won the first of two Group Ones in the VRC Coolmore Stud Stakes.
However, while he has scaled back his operation considerably in recent years,
Howlett returned to the winners’ circle, so to speak, when his homebred, In Good
Time, captured the Listed TAB Ascot Quality over 1200m at Eagle Farm on
Saturday.

Trained out of Wyong by Tracey Bartley, In Good Time has taken her own good time
between drinks, but was back to her best at Eagle Farm, notching up her eighth win
from 22 outings for $334,050 in stakes.

Appearing for the first time at Dubbo in November 2017, In Good Time peeled off
seven straight on the NSW country circuit, culminating in a solid victory in the Listed
Denise’s Joy at Scone five months later.

A combination of factors – bad luck, wet tracks and a severed extensor ligament –
have conspired to deny In Good Time a victory in the two years hence, but there was
to be no denying the mare on Saturday: racing away to score comfortably against a
field including previous start stakes winner, Scallopini, and multiple black type
winner, Brave Song.

“She (In Good Time) was galloping the house down and just needed a dry track …
we’re over the moon,” a delighted Bartley points out. “She’s always been a stable
favourite and the main target this time in will be the (Listed) Ramornie Handicap at
Grafton (8 July).”

While Bartley has shown admirable patience with In Good Time, it’s Howlett that gets
top marks for perseverance.

“I trained a horse in the late 90s called Lord Vacare, who showed a lot of ability early
on and I really thought he’d be a Group One horse,” Howlett recalls. “Unfortunately,
he fractured a sesamoid at his last gallop and had to be retired.

“I purchased his half sister, Wild Release, a couple of years later for $20,000 at the
2001 Gold Coast Magic Millions Yearling Sale, but she had a wind problem and so
we put her to stud.”

Wild Release would go on to produce five winners from six to race, including the
Strategic mare Turbo Rose … the dam of In Good Time.

“She (Turbo Rose) had a lot of promise too but had an accident at the track and was
retired … it can be a real merry-go-round this industry!

“I’m rising 82 and only breed a couple these days,” Howlett explains from his
property just north of Canberra. “I sold In Good Time privately as a yearling to
Gerard Maher who I’ve raced horses with for over 20 years.

“I was keen to cut back on numbers and a couple of years ago I ended up selling the
mare (Turbo Miss) to Gerard as well.”

Based at Newcastle and principal of a business technology company, Maher had his
own gallopers – “mainly country horses” – since the 1980s and currently has around
half a dozen in work with Bartley and Coffs Harbour conditioner, Jim Jarvis.

In 2014, Maher purchased Stratheden Stud where he runs eight mares, including
Turbo Miss, who produced a Divine Prophet filly last spring and is back in foal to the
Caulfield Guineas winner.

“I was living at Wollongong at one stage and that’s when I met Bernie who trained
out of Kembla at the time,” Maher reveals. “When Bernie decided to give training
away, he suggested I put horses with Tracey.

“Tracey probably has about 35 horses in the stables but he and his team really give
one-on-one treatment to all the horses and their diligence and patience has really
paid off with In Good Time.

“I race In Good Time with my brother and his mate who are in the horse under the
‘I’m Your Huckleberry’* banner. It was a huge thrill for all of us to win that race on
Saturday.

“As for Bernie, he’s pretty laidback, but puts a lot of thought into stallion selection
and is a real devotee of linebreeding. In Good Time is by the Redoute’s Choice
stallion Time Thief whose third dam is the major speed source, Rainbeam, and who
is also the fifth dam of In Good Time.”

Now at stud in South Africa, Time Thief was a stakes winning sprinter who stood at
the Darley operation for five seasons, from where he produced dual Group One
winning sprinter, In Her Time (sold for $2 million at the 2020 Inglis Chairman’s Sale).

HOOFNOTE: As far as we can tell, ‘I’m Your Huckleberry’ references the western
movie, ‘Tombstone’ and is a line from Doc Holliday, delivered just prior to winning a
famous gunfight. Either way, In Good Time proved to be the quickest draw at Eagle
Farm.