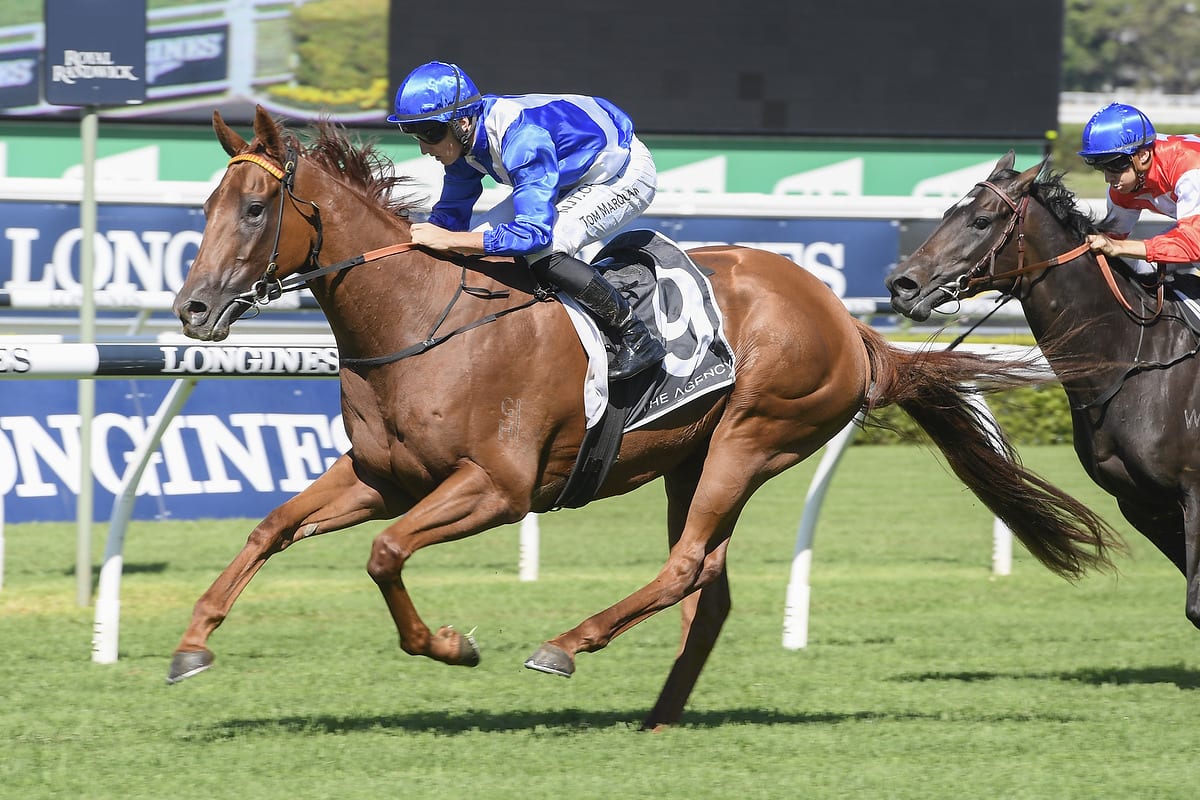 As the billionaire owner of Magic Millions and with upwards of 600 broodmares and 200 racehorses, Gerry Harvey can probably afford to be choosy when it comes to setting reserves.

Still, the success of Indy Car in Saturday’s Listed South Pacific Classic over 1400m at Royal Randwick is a fairly resounding lesson in the art of ‘idling’.

Back in 2002, Harvey purchased the city-placed Danehill mare, Zali, for $400,000 at the Inglis Broodmare Sale. A daughter of dual Group One winner Skating, Zali is a sister to Skates (dam of Champion 2YO Colt & Sire, Vancouver) and a three quarter sister to top juveniles and sires, Murtajill and Bradbury’s Luck.

Zali would go on to produce stakes winner, Zauberin, for Harvey, but Zali’s second foal, Lazulia never made it to the track … only as far as the breeding barn.

In turn, Lazulia’s daughter, the Hussonet mare, Zulia was offered by Harvey’s Baramul Stud for sale at the 2010 Gold Coast Magic Millions National Yearling Sale, but failed to make her reserve of $45,000. Raced in Harvey’s royal blue and white crossed sashes, her best was a five length third on a Heavy 8 at Kembla and she too was retired to stud.

Initially, Zulia was having little luck as a broodmare with her first two foals dying and, in her third season, missed to Testa Rossa … however, the fourth foal, a flashy Sebring colt, was offered at the 2018 Gold Coast Magic Millions Yearling Sale. He was passed in. Baramul then consigned him to the Magic Millions 2YOs in Training Sale. Again, he would be passed in.

Placed with Anthony Cummings, the now 3YO gelding is called Indy Car and, based on the way he rocketed home at Randwick on Saturday, the galloper is obviously “above average”.

“There is absolutely nothing wrong with Indy Car as he displayed in the South Pacific,” Harvey’s racing manager, Luke McDonald points out. “Bottom line is, Gerry sets what he considers a realistic reserve on a horse and if the horse fails to meet that benchmark, he will race them.

“It’s obviously talking after the event, but Indy Car is really an athletic type, well put together. Still, even at the 2YOs in Training sale he didn’t make the reserve, so he’s ended up staying with Gerry. Given the way the horse won on Saturday he’s pretty glad he did!”

Although numbers tend to fluctuate, McDonald estimates Baramul sells between 150 to 200 horses annually.

“I swear he (Harvey) loves his horse families as much as his human family,” McDonald says with a laugh. “Gerry will automatically retain a lot of the well-related fillies he breeds and, while Zulia got off to a tough start at stud, she’s come up with the goods now.”

Indy Car has clearly impressed Cummings with the manner of his win on Saturday, coming from near last on the turn before scoring with relative ease.

“He (Indy Car) is a really nice horse and I think he’ll continue to climb the ladder,” Cummings enthused. “His racing style can make him a bit vulnerable, but the good pace helped him in the South Pacific and he’s well above average.

“The (Group Three) Hawkesbury Guineas has been transferred to Randwick on Anzac Day and that will be his next target, while there is also the good 3YO mile race (Group Three Gunsynd Classic) in May that we’ll probably aim at too.”