Chairman’s Sale Is Set To Star 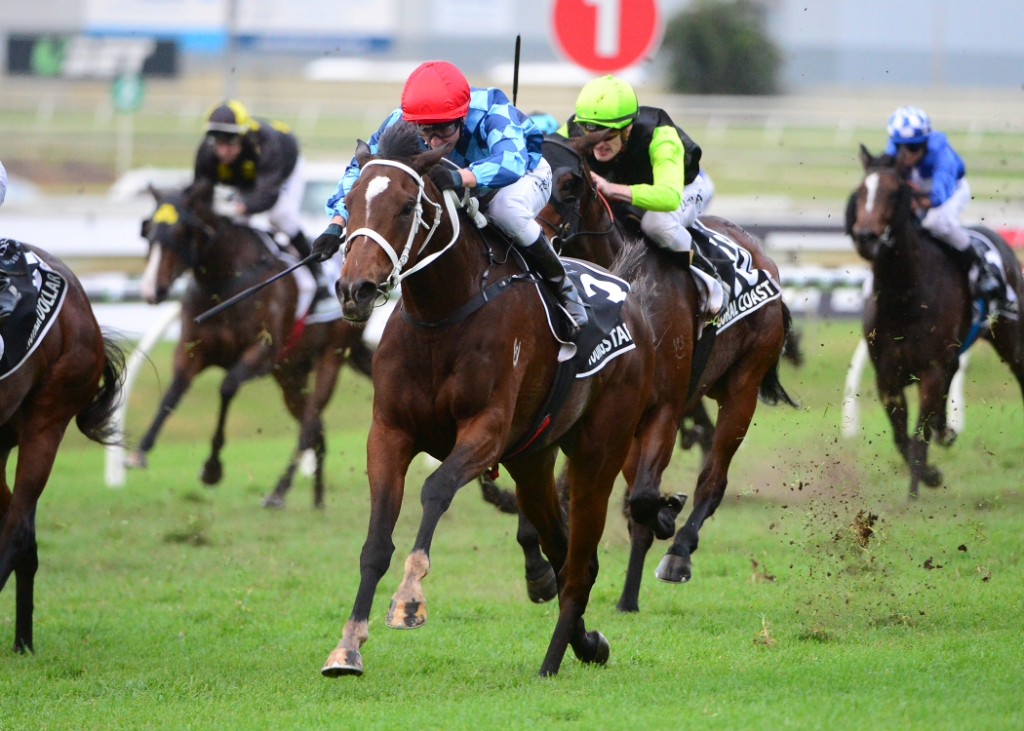 Jack and Karen Sheather had little idea where life was about to take them when they sold their High Chaparral filly to Olly Koolman for $200,000 at the 2016 Inglis Easter Yearling Sale.

Koolman was purchasing the filly on behalf of Arthur Inglis, his wife Charlotte and Arthur’s sister, Jan, with the Sheathers wisely deciding to retain a share.

The filly, fittingly named Youngstar (particularly as the Sheathers hail from Young in NSW), would race in the Inglis family colours and, a Group One Queensland Oaks, Group One second to Winx in the Turnbull Stakes and over $1 million in stakes later, the now 5YO mare is one of the many attractions at the 2020 Inglis Chairman’s Sale on 8 May.

Like the Easter Yearling Sale earlier this month, The Chairman’s will be conducted as a virtual auction with online and telephone bidding commencing at 3pm.

It’s fairly safe to say that the Sheathers will be huddled around a computer screen come Friday week.

“I’ve always had a fascination with breeding and when good mate, John North (Bowness Stud) told me he’d bought a Danehill mare called Starspangled for $30,000 – in foal to High Chaparral – at the 2014 Inglis Broodmare Sale, I couldn’t put my hand out quick enough to shake on the deal,” Jack Sheather recalls. “It’s just incredible the journey Karen and I have been on ever since.

“She (Youngstar) went from a maiden to a Group One winner in a single prep, but for us, the thrill has been matched by the close friendship we’ve formed with Arthur, Charlotte, Jan and Olly … everyone around the horse as a matter of fact.”

Incredibly, while the pedigree had plenty of oomph to begin with – Starspangled’s dam, User Friendly, was a 5-time Group One winner and Stanspangled is a full sister to Group winner Downtown – pedigree ‘upgrades’ in the past two years have been remarkable.

Aside from Youngstar, the Adelaide half sister, Funstar – also raced by Sheather / Inglis et al – won the Group One Flight Stakes last spring, the Group Two Phar Lap in March and produced two Group One seconds this campaign, while a Galileo half sister, Baggy Green, is the dam of this month’s Group One All Aged Stakes winner, Tofane.

“We’ll be sad to see Youngstar go, but (trainer) Chris Waller suggested she has probably come to the end of her run as a racehorse so the decision was made to dissolve that partnership by selling her at the Chairman’s,” Karen Sheather explains. “On the plus side, we have Funstar to continue looking forward to, a Pierro half brother to two Group One winners to go through Easter next year, while the mare’s back in foal to Adelaide.”

While the ‘original’ Chairman’s catalogue yielded 55 entries – including multiple Group One winning sprinter, In Her Time, Oakleigh Plate winner, Booker and Group One winning Fastnet Rock mare, Unforgotten – the window for additional ‘wildcard’ entries has had an extraordinary response.

“Despite these unprecedented times, we had always anticipated that this year’s Chairman’s would be a strong catalogue, but the support has simply been phenomenal,” Inglis General Manager Bloodstock Sales & Marketing, Sebastian Hutch, enthused.

“This is going to be a sale of real significance, not just domestically, but internationally. The quality and variety of mares catalogued is really quite incredible and it is shaping as an extremely rare opportunity to acquire stock of this calibre, which scarcely becomes available on the public market in Australasia.

“Even late on Friday – just before the wildcard entries closed – we added in Volpe Veloce, who won the Group One Railway in New Zealand last year along with six other stakes races, and Miss Barley, the dam of Gytrash, winner of the Group One Lightning in February and a Group winner last week.

“Buyers and vendors and, indeed, Inglis, have now had the opportunity to participate in a major sale that was conducted online and, given the quality of this year’s Chairman’s, we’re all looking forward to it.”

The single session Chairman’s Sale will be followed two days later by the 382-lot strong Inglis Australian Broodmare Sale (10 May).