Inglis Chairman’s And The Stars On TV 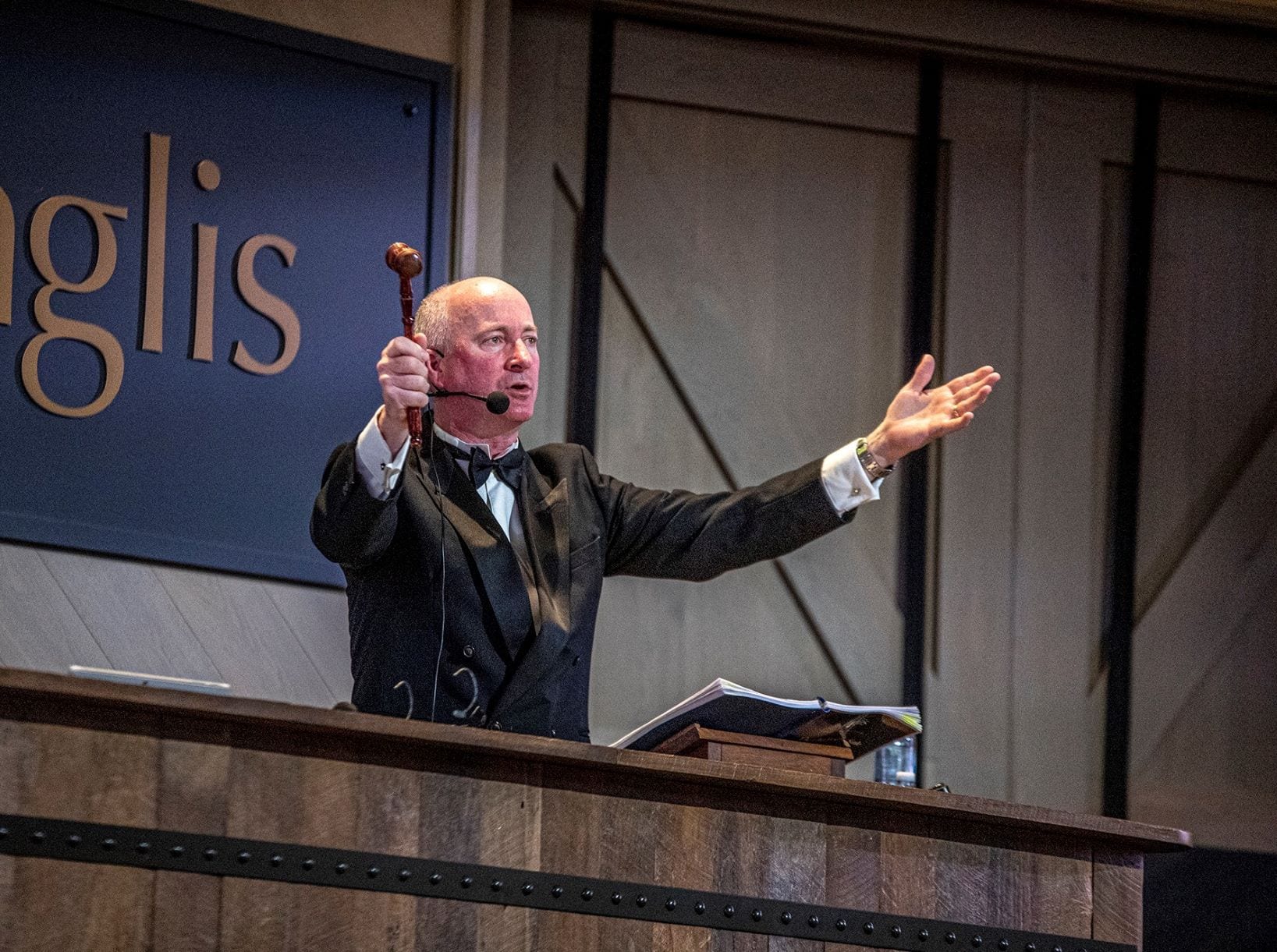 When Jack and Karen Sheather purchased Starspangled for $30,000 at the 2014 Inglis Broodmare Sale, they didn’t think that six years later they’d be peering at a TV screen while one of their horses was sold by a bloke in a ‘penguin suit’.

Indeed, a couple of months ago none of us thought that we’d be getting our sales ‘fix’ over the internet.

Viewing platform was immaterial, however, around 8.30pm last Friday, as the Sheathers watched (and cheered!) on as their Group One winning mare, Youngstar, was knocked down for $1.4 million to Japan’s Katsumi Yoshida at the Inglis Chairman’s Sale.

In a remarkable afternoon and evening, the odds were somewhat defied as four of the 84 lots offered at the Chairman’s would push past the seven figure mark, while an average of $433,704 was realised, along with a median of $280,000.

Just like last month’s Inglis Easter Yearling Sale – also conducted amidst all the uncertainty due to the coronavirus outbreak – the Chairman’s exceeded all expectations.

It was an eventual few hours to say the least as the bespoke, black tie attired pair of Jonathan D’Arcy and Chris Russell, also knocked down dual Group One winning sprinter, In Her Time to Newgate Farm for $2 million, while Coolmore’s Tom Magnier weighed in with $1.8 million for Champion Sprinter, Samaready, and $1.6 million for last year’s Group One Oakleigh Plate winner, Booker.

Given the location, there was no need for the Sheathers to dress for the occasion on Friday night, but would be the first to agree that Youngstar has taken them places they never thought they’d see.

For starters, Jack Sheather didn’t think he’d end up with a mare like Starspangled for just $30,000, especially one that was in foal to High Chaparral (130 stakes winners) who had stood the previous spring at a fee of $77,000.

The resultant foal – a filly – would be the first thoroughbred born on the Sheathers farm at Young in NSW, the region where Jack, a brickie by trade, has spent his life.

“I’ve always been interested in the racing caper and when the kids had grown up and fled the nest, Karen and I decided to branch out into breeding horses,” Sheather explains. “I really thought Starspangled would make a whole lot more money, but she went through the ring late in the day and I guess a few were missing in action.

“I’m very good mates with John North (Bowness Stud) and when he told me he’d managed to buy the Danehill mare for that price, I was over the moon.”

The Sheathers would offer the High Chaparral filly – through Bowness Stud – at the 2016 Inglis Melbourne Premier Yearling Sale where she was purchased by astute agent, Olly Koolman, on behalf of Arthur and Charlotte Inglis, Arthur’s sister Jan and her husband Greg, along with the Koolman, Minahan Shadbolt and Atra families.

Wisely, the Sheathers retained a share. The filly would race as Youngstar, winning the Group One Queensland Oaks and over a million in stakes, while, in 2018 Koolman would buy Starspangled’s Adelaide filly for pretty much the same ownership.

This time around they called the filly Funstar who has won five of her nine starts including the Group One Flight Stakes last spring and, in April, finished second in the Group One Queen of the Turf Stakes.

“It has been truly remarkable … Arthur and his family were terrific from the word go, really involving us with everything, while we attended the wedding of Olly’s brother, Andrew, earlier this year,” Sheather points out. “A great group of people and they really make you feel like you’re part of it all.”

Including, it seems, with the sale itself!

“Arthur phoned me earlier in the day and asked what I thought she (Youngstar) would make,” Sheather says with a laugh. “I said, ‘you’ve been involved in selling horses your entire life and you’re asking me?’.

“Anyway, the consensus was that due to the pandemic, we’d have to settle for a lower figure, but were always adamant she was a quality mare.

“I also spoke to John (North) who reminded me that mares of this quality don’t come along that often, so I guess he was a bit more buoyant about Youngstar making close to her true value.

“I have to say, Katsumi Yoshida has got himself a very good mare. As we’ve done with most of the prizemoney, we’ll be ploughing the sales dividend into some other horses and fences on the property, but who knows … some of it might go toward a trip to Japan to watch one of the Youngstars race!”

Naturally enough, auctioneer, Inglis, was ecstatic with the result: particularly in the knowledge that a number of the passed in lots would be sold in ensuing days.

Inglis General Manager Bloodstock Sales & Marketing, Sebastian Hutch, was quietly confident, given the steady ‘registrations’ from potential bidders during the week prior, but admits to breathing a sigh of relief as the final lot was knocked down.

“We were delighted with the quality of the catalogue in advance of the sale, but by the same token, that quality brings with it a significant degree of responsibility, so we were determined to do everything we could to achieve a good set of results,” Hutch remarks. “The level of interest in the sale was incredible, but for the sale to play out as it did, given the circumstances, was very rewarding.”