International Success Has Them Listenin’ 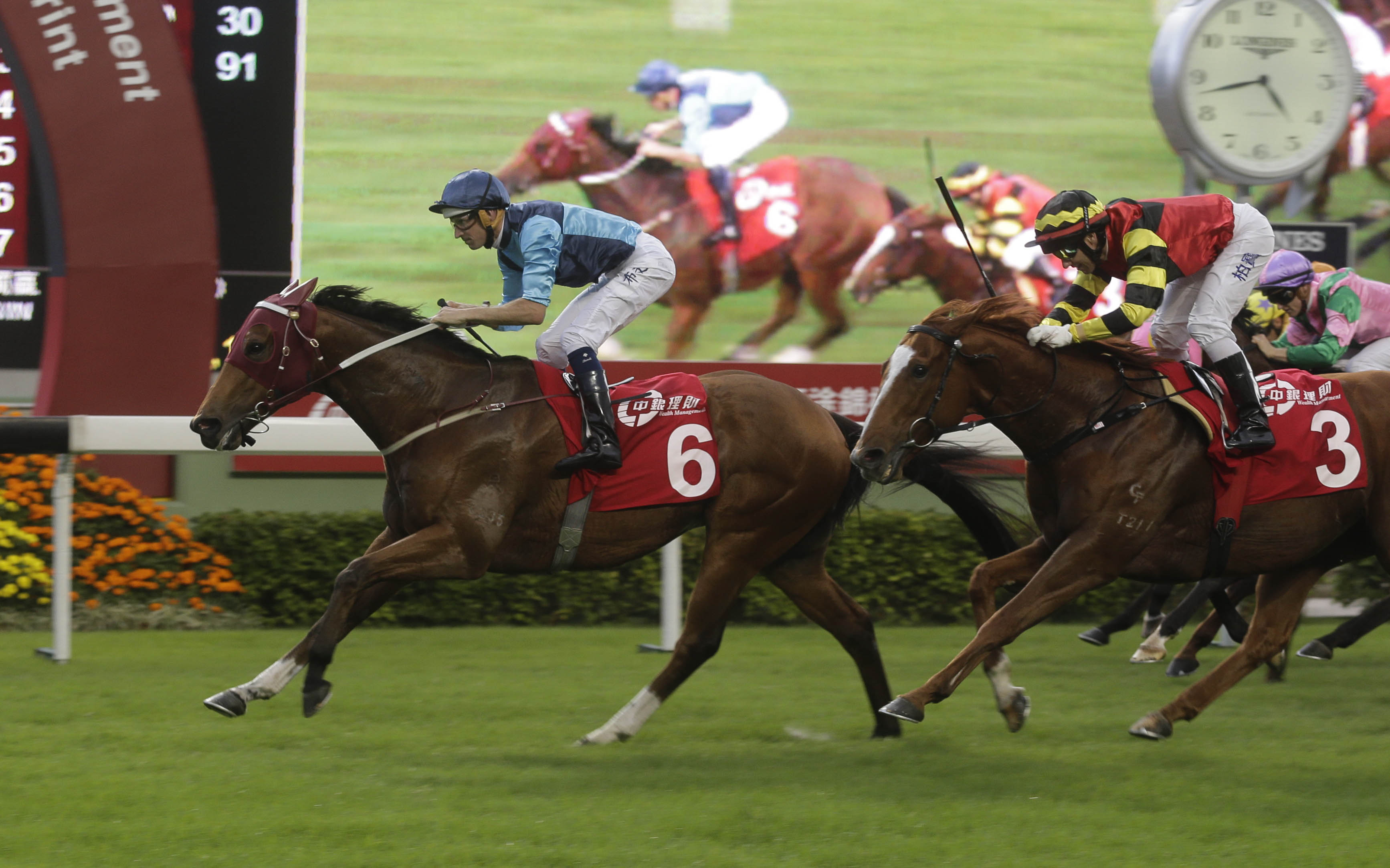 Not Listenin'tome - Image courtesy of the HKJC

Australian bred horses are poised to again play a strong hand at the Longines Hong Kong International races at Sha Tin next month … especially in the HK$18.5 million Group One Sprint.

The John Moore trained expat, Not Listenin’tome definitely put his hand up on Sunday night with a bold performance in the Group Two BOCHK Wealth Management Jockey Club Sprint, edging out a fast finishing compatriot in Lucky Bubbles, while Able Friend made a more than welcome return to the racing scene by grabbing fourth.

Winner of the Group Three Zeditave Stakes in Melbourne and a Group One runnerup in both the Canterbury Stakes and Coolmore Stud Stakes, Not Listenin’tome was notching up his fourth stakes victory in Hong Kong and Moore will be hoping that he can go two better in this year’s Longines Sprint after his third in 2015.

Not Listenin’tome is by the Arc winner, Dylan Thomas, from Encosta de Lago’s Flemington stakes winner, Flame of Sydney and the now 6YO was sent to Hong Kong in December 2014.

Lucky Bubbles didn’t lose any fans with his lightning second either, coming into Sunday’s race fresh from a resounding victory in the Group Two Premier Bowl in Hong Kong on 23 October.

As for Not Listenin’tome’s stablemate, Able Friend, his first run in nearly 12 months had the crowd on edge and although the best he could manage was fourth, he’ll strip much fitter next time out.

A superstar in Hong Kong, Able Friend has won over HK$57 million throughout his illustrious career and is one of 9 Australian-breds nominated for the Sprint, along with Australian ‘raiders’ such as Counterattack, Good Project, Japonisme, Takedown, The Quarterback and last month’s Group One Manikato Stakes winner, Rebel Dane.

Having one race apiece in Brisbane and New Zealand before heading to Singapore earlier this year, Lim’s Cruiser has now three of his last four and the Barker Trophy was his first at black type level.

Lim’s Cruiser is the 13th stakes winner for Casino Prince and is out of the Good Journey mare, Hope Downs, in turn a daughter of Champion South African galloper, Battle Maiden.