To the investor's guide

Welcome to the Aushorse Investor's Guide for 2022, which we think makes a compelling case to get involved in Australian racing and breeding.

Put simply, ours is an industry that is going from strength to strength: with prizemoney surging; a world class product; and support that sees one in every 254 Australians own a share in a racehorse.

Let us help you get involved, 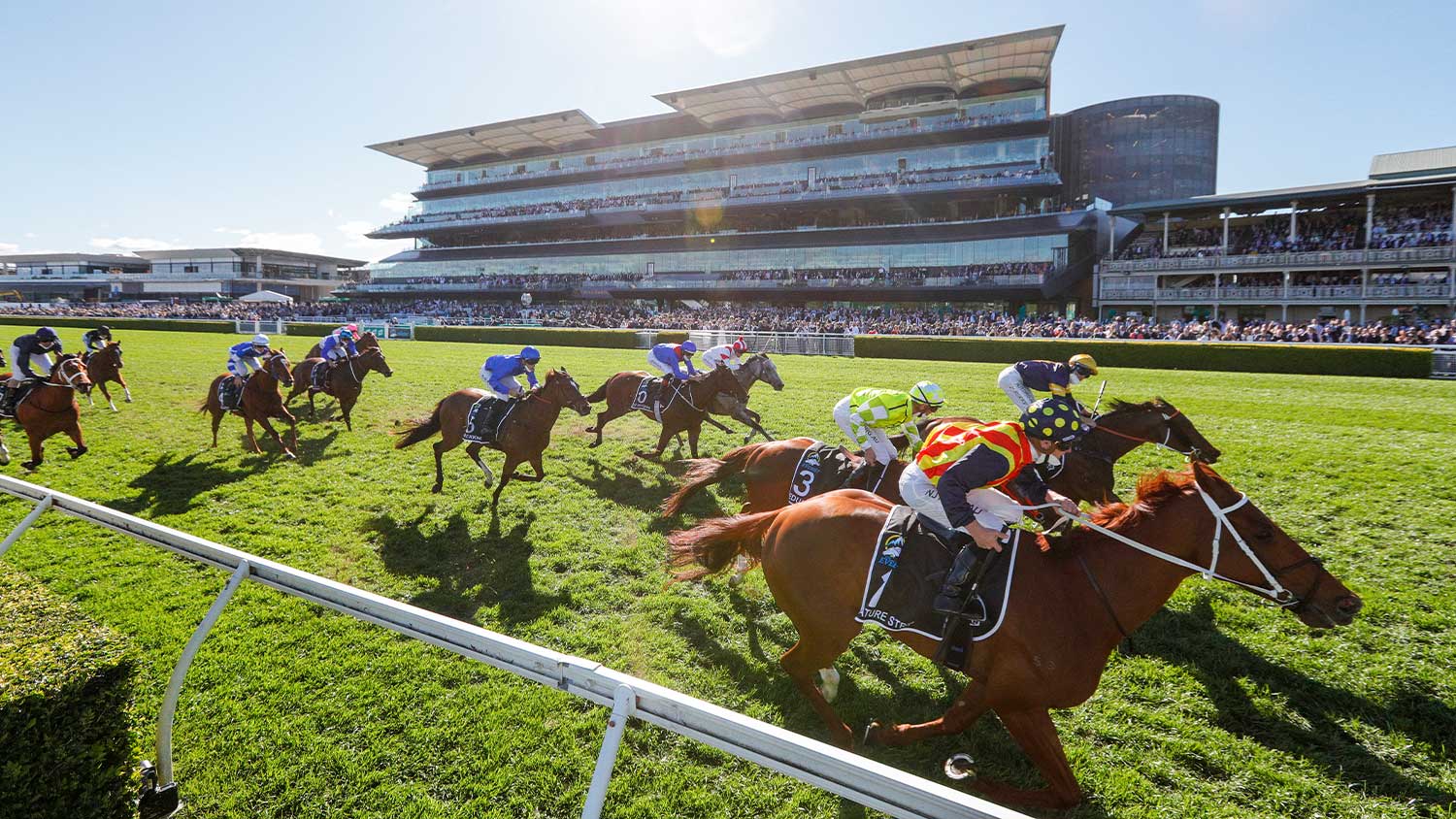 When it comes to racing a horse, there are few other jurisdictions that allow anybody to enjoy ownership, while offering the opportunity for a stunning return.

Horses took their earnings past the A$1m mark, joining 89 that were already millionaires

Horses in america took their earnings over a$1m

Horses in europe took their earnings over a$1m 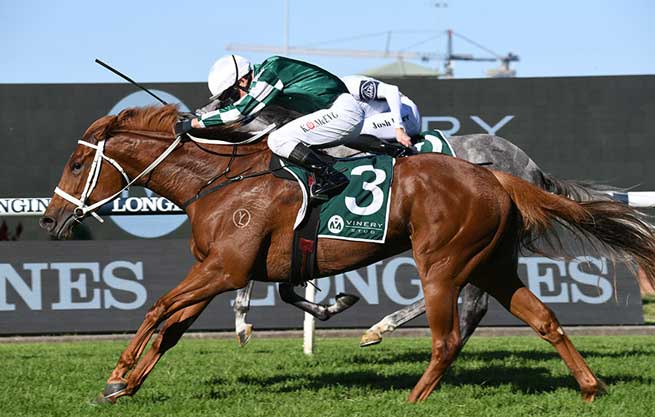 Dual Group One-winning daughter of Frankel who was foaled in Australia. 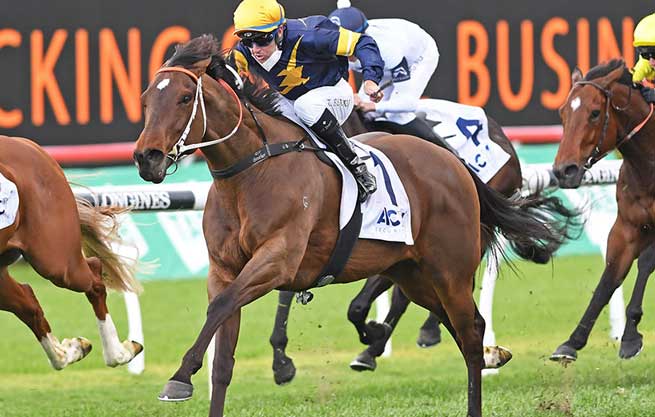 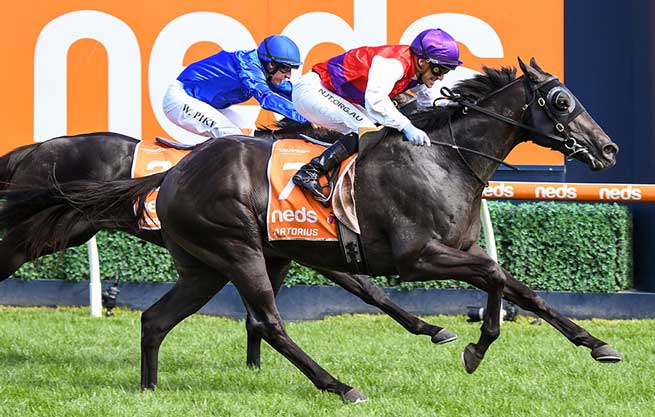 Winner of the Blue Diamond Stakes, that broke through the A$1M mark at only his fourth start. 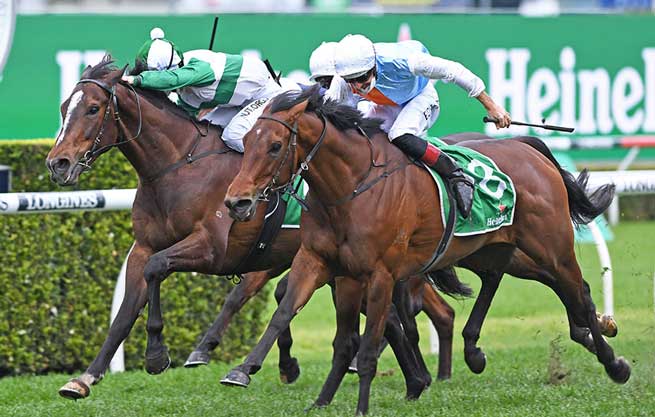 Three-time Group One winner, taking out the Flight Stakes, Spring Champion Stakes and The Metropolitan.

The number of thoroughbred millionaires is set to continue to soar as there has been an explosion in prizemoney at the top end. Six years ago there were a healthy 36 races offering purses of A$1 million or more – that total has jumped to 72 in 2021.

Number of A$1m races per country

72Races in Australia
18Races in Europe
49Races in America

But it is not just at the top end where returns have increased. Prizemoney across the board has gone up by 82% in the past decade – a level of growth that no other jurisdiction can match.

And this means that wherever you race a horse, you stand a great chance of getting a significant return. For example, in Sydney and Melbourne at the main Saturday meetings, even a maiden or the lowest class handicap is run for A$130,000. 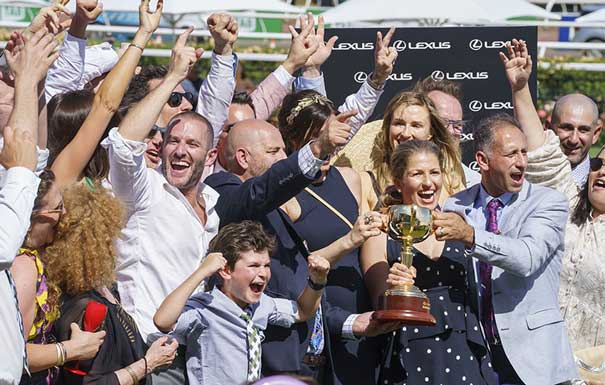 Even with a large racing circuit in rural Australia, our average race value is among the highest in the world.

Average Prizemoney Per Race in 2021

And on top of the standard returns, in Australia there exists a number of bonus schemes – both incentives for racehorse owners from state breeding programs, as well as lucrative race series’ run by the two sales companies, Inglis and Magic Millions.

Taken together these schemes provide owners with returns of another

Despite the riches available on the track, when it comes to entering the market, Australia offers rare value.

Over the past five years the cost of buying a leading prospect from the yearling sales in Australia has been significantly more affordable than in other major racing jurisdictions.

No matter whether it is a colt or filly, the figures speak for themselves.

Of course, in Australia – with our strong commercial breeding industry where the major players are sellers of yearlings – buyers also get the chance to access the best stock.

And the Australian breeding industry produces a world-class product. We are, of course, best known for our elite sprinters. In seven of the last 10 years, an Australian-bred has been crowned the world's top-rated sprinter.

But sprinters aren't the only champions produced on these shores. The superstar Winx won a world-record 25 Group One's and led the global ratings on a number of occasions. 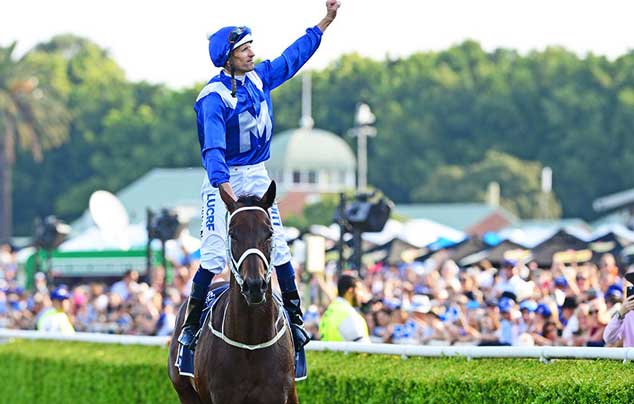 This year has also witnessed the emergence of another remarkable talent, with Incentivise taking out the Caulfield Cup and running a brilliant second in the Melbourne Cup, our richest and most revered staying races.

For those owners who have a colt that has the potential or performance to be a stallion prospect, the rewards on offer match or surpass those available elsewhere.

With multiple farms having the resources to compete for the top prospects, in recent years there have been a number of horses sold to stud for valuations in excess of A$25 million. 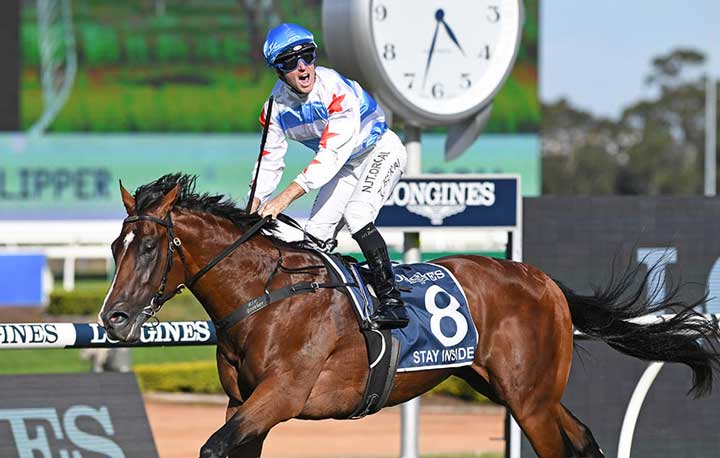 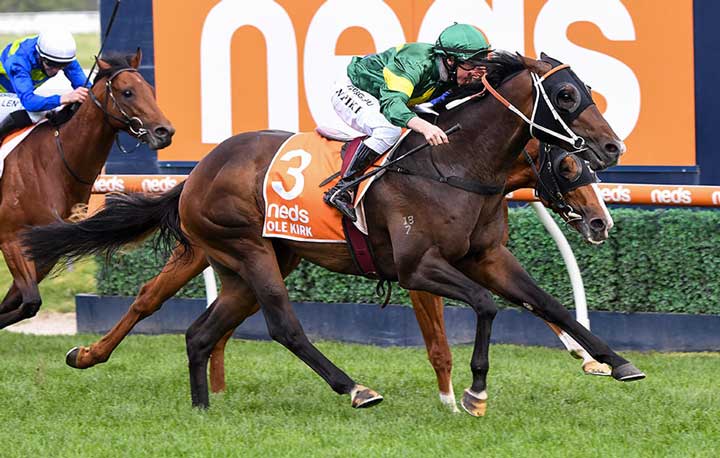 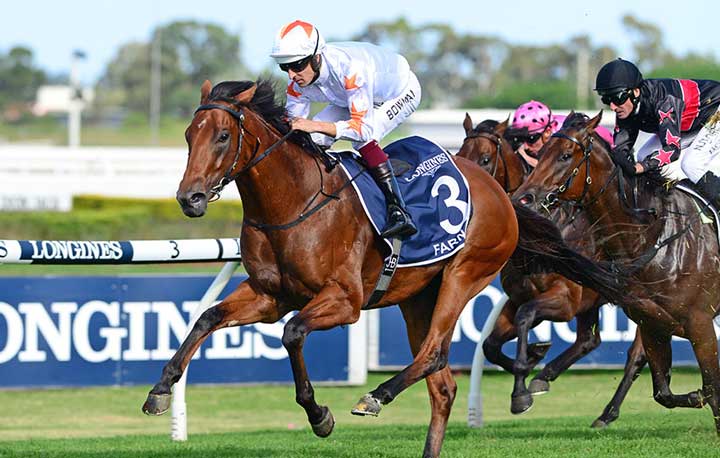 And to get yourself a stallion prospect, you need to be buying an Australian-bred. In the past decade the winners of all the key stallion making races - the Blue Diamond, Golden Slipper, Sires' Produce Stakes, Caulfield Guineas, Golden Rose and Coolmore Stud Stakes - have been produced locally.

This Australian dominance is backed up by performance in the breeding barn. At the end of last season nine out of the top 10 stallions in the general sires list were locals, all of which had been through the sales ring as a yearling.

Owners racing fillies and mares also have the option of trading in for a strong return if they have a well-performed prospect. 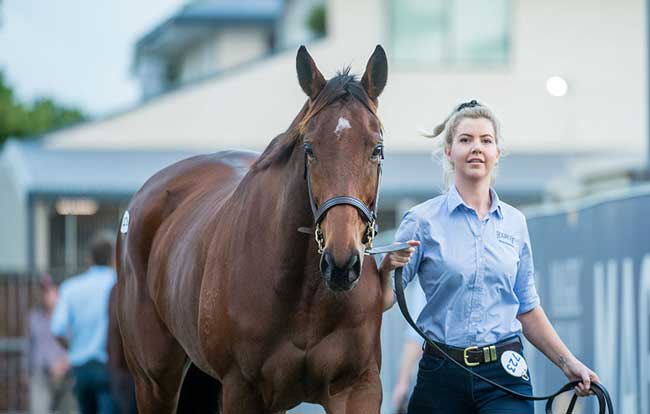 Three-time Group One winner who amassed over A$3.9 million in prizemoney during her racing career. 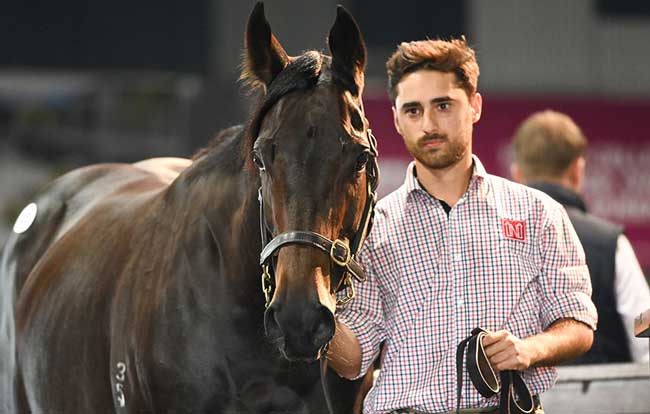 A winner at Group Two and Group Three level with career earnings of over A$1.6 million.

And in Australia, which has pioneered online sales, sellers do not have to wait for the major breeding stock sales. This year three mares have been sold online for values over A$1 million.

Furthermore, there is significant interest in our mares from overseas, highlighted by the fact that a foal out of Australian mare Yankee Rose made over A$4.5 million when selling in Japan this year, while a yearling from Golden Slipper winner She Will Reign made over A$2 million in the same country.

The demand from Hong Kong for Australian horses that have shown reasonable ability on the track provides owners with an opportunity for a profitable sale. In the last racing season some 234 horse were exported to Hong Kong, and while most sales are privately negotiated, many would have been for seven figure valuations.

In Australia, racing is part of the cultural landscape of the country. Of course there’s the Melbourne Cup, ‘the race that stops a nation’, but it goes much deeper than that. How else could a country with a population of just 26 million sustain the second biggest racing industry in the world?

Racing is regarded as a major sport: the leading papers carry form guides each day, the main metropolitan races are on free-to-air television each Saturday, and there are four satellite television channels dedicated to showing every race from around the country.

This dwarfs the number of owners involved in other major racing nations. As well as ensuring our bloodstock market is not dependent on a few larger players, it also means there are big numbers of people who are not only engaged with racing, but are financially committed participants.

The economic strength of the Australian industry is dependent upon two key factors: our love of a bet and a funding model that sees a percentage of every dollar wagered returned to the industry.

Per capita, Australians bet on horse racing more than any jurisdiction, with the exception of Hong Kong. And this wagering volume is continuing to grow; in the 2021 financial year it surged 58%. It is these returns that have allowed for prizemoney to increase some 82% in the last decade.

The size of the industry – along with the fact it supports some 80,000 full time jobs across the country – means racing is promoted and supported by governments in ways that other countries can only dream of.

With racing administered and wagering taxes being collected at a state level, each of the six states in Australia has a minister whose portfolio specifically includes racing.

These racing ministers often vie to demonstrate their state is doing more than others to promote the thoroughbred industry. 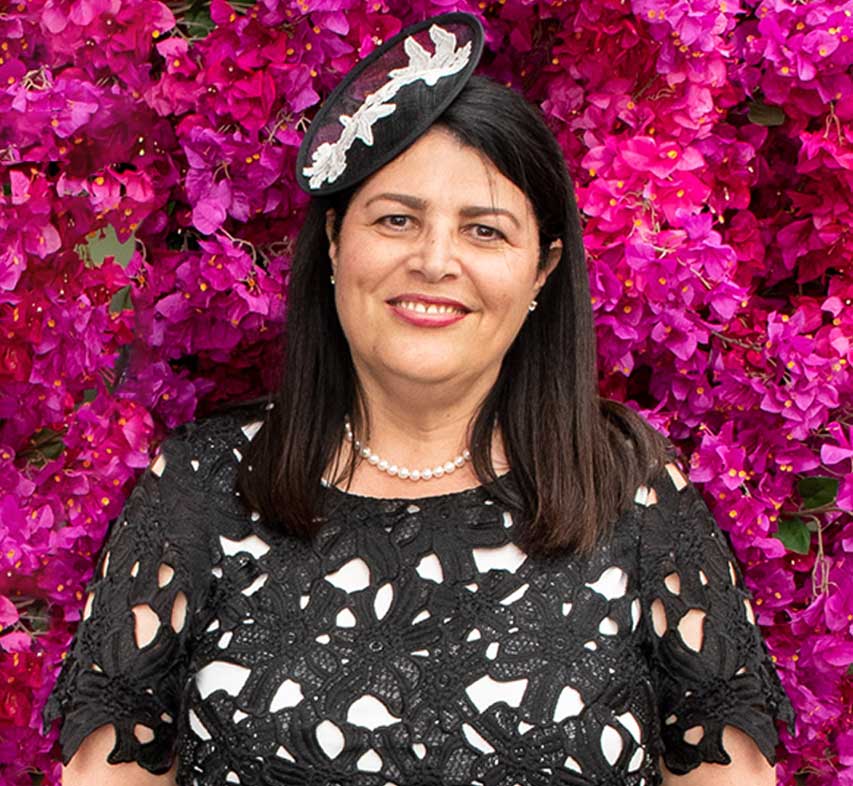 "Every year 62 Queensland towns host a race day as the highlight of that community’s social calendar, with enormous economic benefit."

The QLD government gives over $20 million from a wagering tax back to the industry. 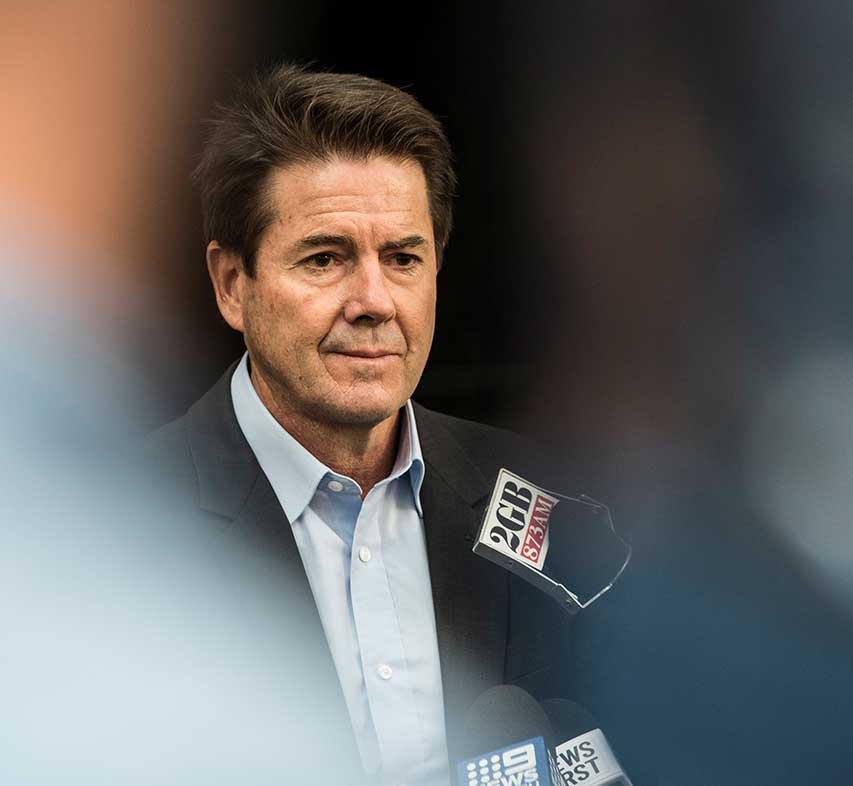 "When you look at the economic benefit that racing pumps into the state economy, it’s around $1.9 billion."

The NSW government provided $67 million to upgrade country tracks in 2021. 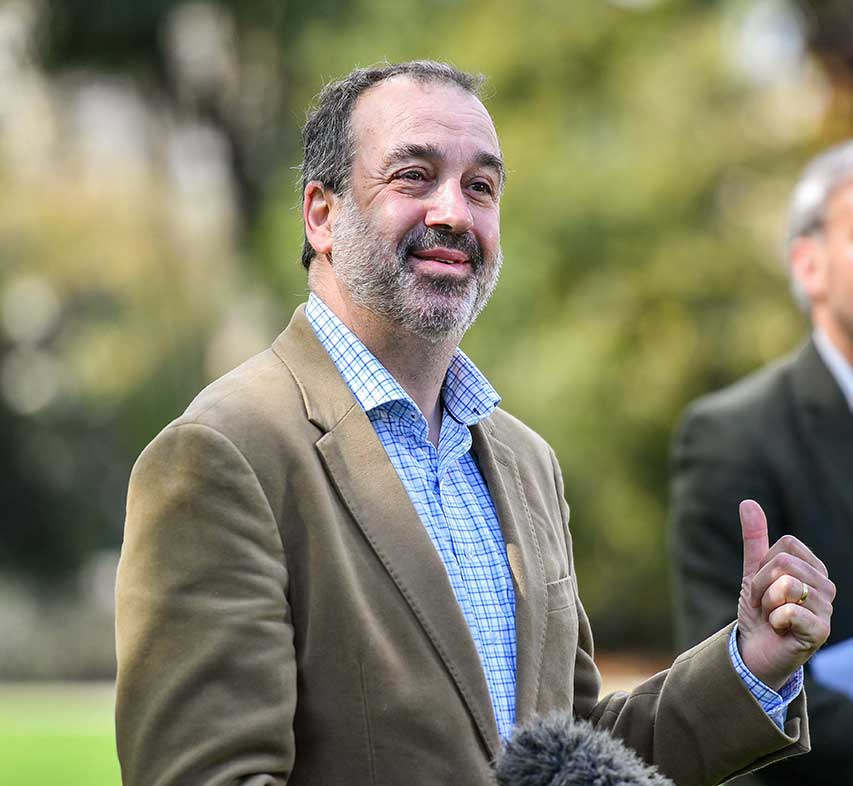 "The Melbourne Cup is an incredibly important event in this state and in this city, it is enormous for our economy, it brings visitors in, it gives us international exposure."

The Victorian government provided $16 million to racing to offset losses from COVID-19.

Each year the best bloodlines available in Australia are offered across 16 major thoroughbred sales organised and run by Inglis and Magic Millions. 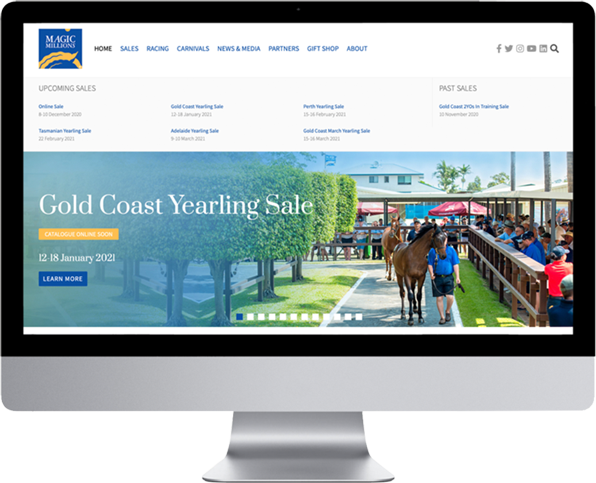 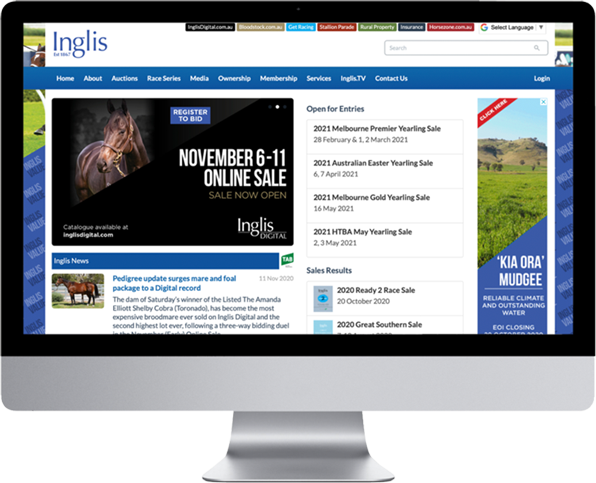 Consulting with industry experts is advised. You can tap into decades of experience through the Federation of Bloodstock Agents Australia (FBAA) who can provide personalised advice and purchase on your behalf at the sales or by private negotiation. 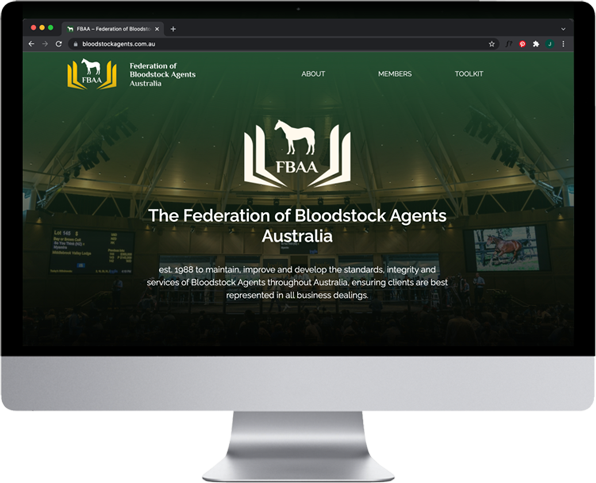 Between the different arms that make up the Australian thoroughbred industry, you'll have assistance wherever you turn. Should you require any further information or impartial advice, the team at Aushorse are happy to help. 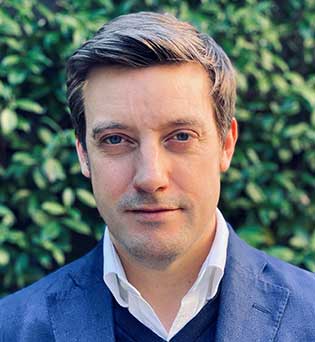 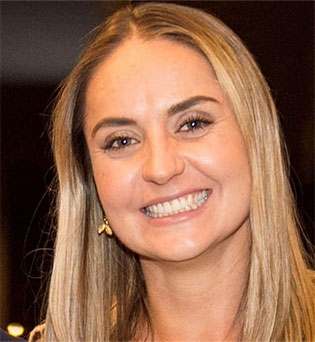 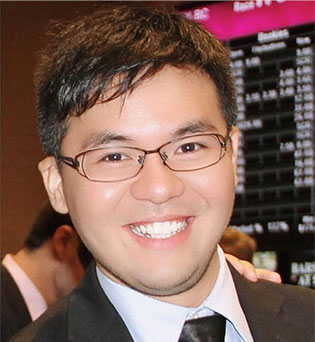