Emancipation Victory Was A Gem 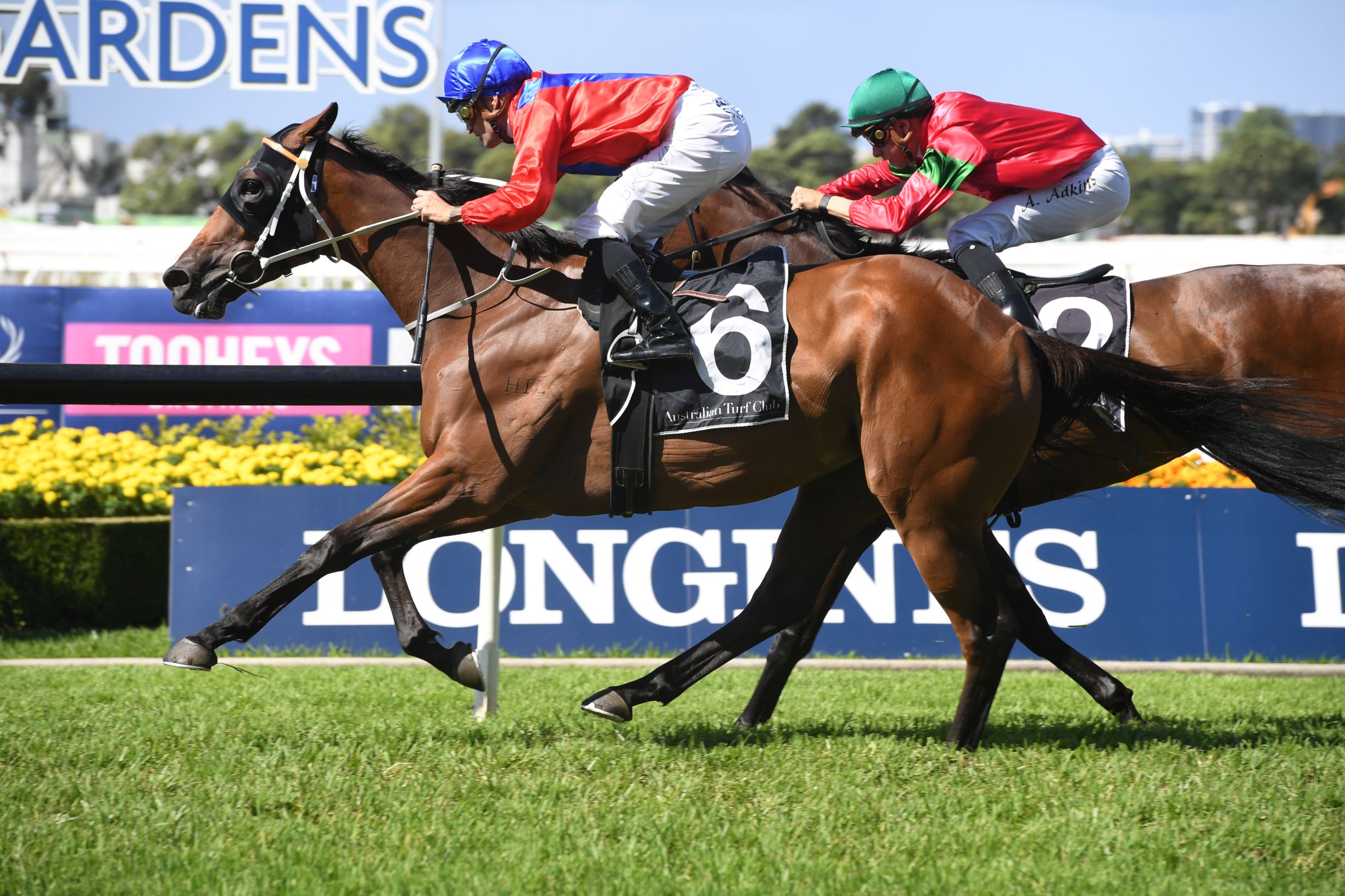 It’s somewhat fitting that Phil ‘Roughie’ Tonkin stayed in Sydney on the weekend for a couple of beers.

After all, the mare he races with his brother-in-law, Charlie Hill – Invincible Gem – had won the Group Two Jim Beam Emancipation Stakes over 1500m at Rosehill Gardens on Saturday, and yes, it had been a long time between drinks. Well, for the mare at least.

It’s been quite the career for Invincible Gem: despite winning a Group Three Spring Stakes at Randwick by nearly four lengths, along with victories at Canterbury, Warwick Farm and Rosehill and a brilliant (head) second in the Group One Randwick Guineas, the Kris Lees trained 5YO hadn’t saluted since winning the Group Two Missile Stakes in August 2017: 602 days and 14 starts ago.

To be fair though, an illness had sidelined Invincible Gem for six months, while ordinary draws and bad luck played a hand too. Also, it’s worth noting that some of the ‘misses’ have included placings in the Group Two Tramway, the Group One Canterbury Stakes, the Listed Luskin Star (beaten less than a length by Osborne Bulls) and the Group Three Newcastle Newmarket.

However, Roughie Tonkin is not the type to cry over spilt milk (beer maybe) and is having the time of his life with Invincible Gem.

“I’ve been mad about racing all my life, but Invincible Gem is the first horse I’ve owned,” Tonkin points out. “She was bred by my late father-in-law, Theo Hill, who bred and raced a lot of horses over the years.

“A few years back Charlie asked me if I’d like to come into an I Am Invincible filly and here we are.”

A cattle and grain farmer at Pallamallawa in NSW (yes, we had to look it up on Google Maps), Tonkin isn’t rushing to take credit for his wise decision to invest in Invincible Gem: “my wife, Julie, is the horsewoman in our outfit. Charlie and I are just the blokes that go to the races.

“Julie has been around horses her whole life and is very much involved in everything … this little horse winning those big races is tremendous for the whole family.”

Taking her earnings to $809,550 following Saturday’s win, Invincible Gem is from the 4-time winning Marwina mare, Diamond Day and, while dams – one through to five – have produced 26 winners from 31 runners, Invincible Gem is the first black type winner in six generations.

“My father, Theo, purchased Invincible Gem’s third dam, Go Cool, back in the 1980s and she produced Keep It Cool who, in turn, is the dam of Diamond Day,” reveals Charlie Hill, who also farms cattle on a 6,000 acre spread at Quirindi, a three hour drive from Pallamallawa.

“I also race Diamond Day’s half brother, Kool Vinnie who – like Invincible Gem – is by I Am Invincible and he has won five races for Kris (Lees), including a couple in Sydney.

“Sure, Diamond Day’s pedigree doesn’t have much in the way of black type, but a lot of the mares were covered by non-commercial stallions. That said, the family sure has come up with a lot of winners.”

After producing Invincible Gem, Diamond Day wasn’t covered for three seasons but has subsequently produced a Time For War yearling, and a Your Song foal last spring, before missing on a late cover to Darley’s French Group One winner, Territories, who is by I Am Invincible’s sire, Invincible Spirit.

“Diamond Day had that break because my father was sick at the time and we had enough on our plate,” Hill explains. “We only race a few and those are usually out of the two or three broodmares we breed from annually.

“The Time For War half brother to Invincible Gem has already been broken in and he looks a big, early type. Fingers crossed.

“As for Invincible Gem, I only spoke to Kris briefly on Saturday as he was in Dubai, but she’s likely to head to the (Group One) Coolmore Legacy Stakes (over 1600m at Royal Randwick) on Saturday week (13 April).”

Invincible Gem’s success continues the phenomenal run of Yarraman Park Stud’s I Am Invincible who also had three runners in the Group One Al Quoz Sprint in Dubai on Saturday night and currently boasts 44 stakes winners for $63 million in stakes.

Not surprisingly, success on the track has been reflected in the sale ring with 16 of his yearlings since 2017 selling for seven figure amounts, including an auction topping $2 million at last year’s Gold Coast Magic Millions Yearling Sale.

Next week’s Inglis Australian Easter Yearling Sale has 27 youngsters by I Am Invincible, with Yarraman Park offering seven among its 13-strong draft.

Yarraman Park’s Harry Mitchell is naturally enough buoyed by all the ‘noise’ around I Am Invincible this close to Easter, but was particularly chuffed with Invincible Gem’s Group Two victory.

“Charlie and I have been good mates for a long time and his father was a terrific bloke too,” Mitchell enthused. “The mare (Diamond Day) was fairly light on regarding pedigree and was booked in to I Am Invincible for his third season. A lot of things have happened since then!”

One can only imagine what Invincible Gem – bred off an $11,000 fee – will be worth when she is eventually retired to stud … especially if she has a Group One on the trophy shelf?

“Sometimes you can just get lucky in this game,” Roughie reckons.

We’ll drink to that!