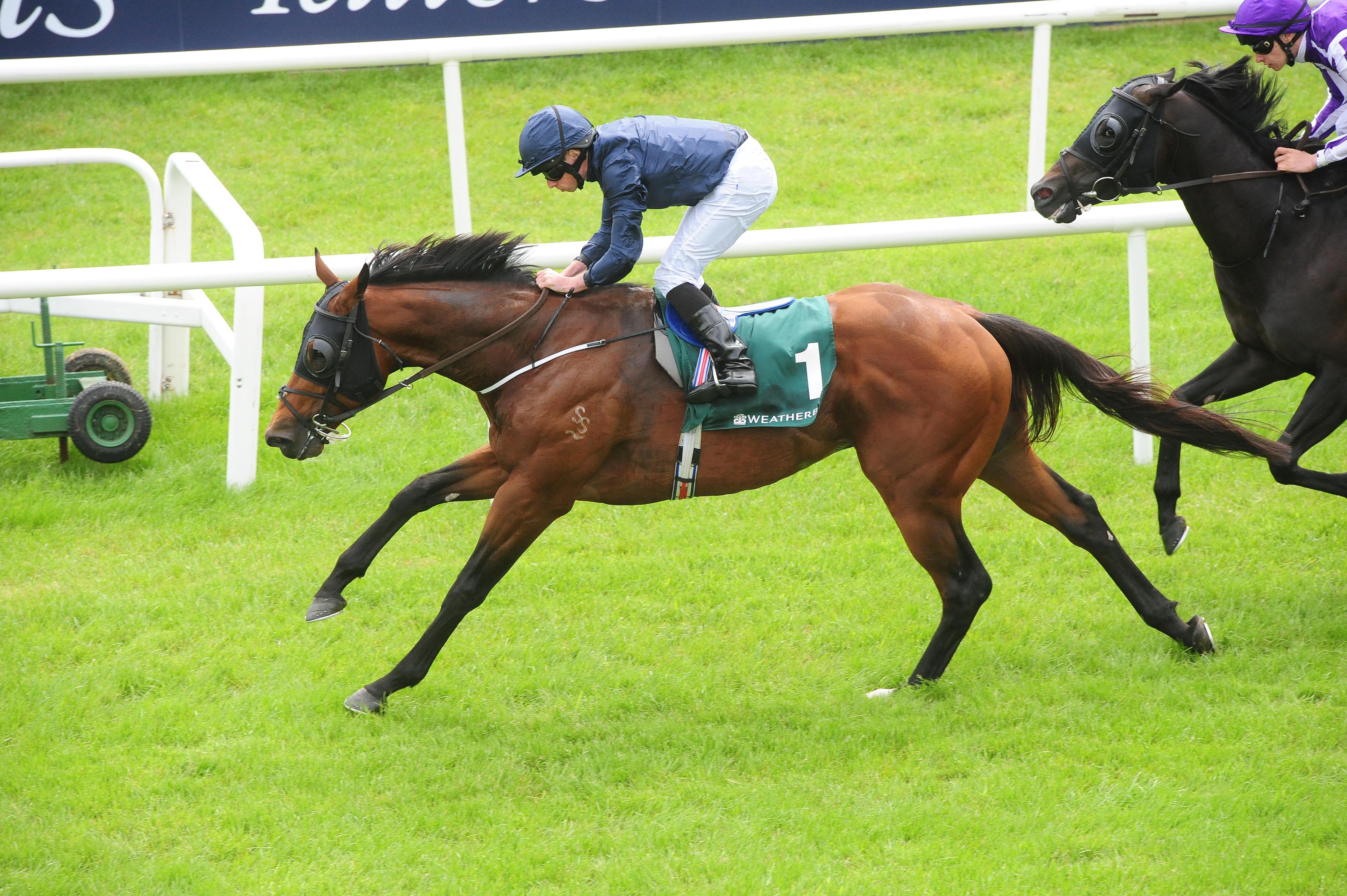 Merchant Navy wins the Greenlands Stakes at The Curragh

It proved to be another phenomenal weekend of racing for Australian-bred racehorses on the global stage.

Group One winning sprinter Merchant Navy enhanced his Royal Ascot bona fides with a resounding performance in the Group Two Greenlands Stakes at the Curragh, Southern Legend and Lim’s Cruiser both added Group Ones to their CVs in Singapore and Winner’s Way lived right up to his name by capturing the Group Three Sha Tin Vase in Hong Kong.

Unbeaten at two, which included a victory in the Listed Anzac Day Stakes over 1400m at Flemington, Merchant Navy won the Group Three McNeil Stakes in his first run at three and capped off the spring with a memorable win in the Group One Coolmore Stud Stakes at Flemington.

Long mooted that he would campaign at Royal Ascot, Merchant Navy resumed in 2018 with successive thirds in the Group Two Rubiton and Group One Newmarket (beaten a neck), before embarking on his farewell tour.

Racing out of the all-powerful Aidan O’Brien stable, Merchant Navy was having his first tilt on European soil in the Greenlands and, pre-race, the ‘smart money’ suggested he didn’t have a chance of winning.

Responding to O’Brien’s less than enthusiastic preamble that “there’s still quite a lot improvement for him”, the quality of the opposition (equal favourite, Brando, is a Group One winner) and being weighted as 4YO while also carrying a penalty, commentators were keeping Merchant Navy at arm’s length.

Despite being slowly away, Merchant Navy unleashed over the final furlong to win racing away and left his new trainer slightly gobsmacked: “We felt that he was at racecourse gallop stage … he did five little canters, that’s all he did!” O’Brien enthused.

It has certainly set the stage for an exciting renewal of the Group One Diamond Jubilee Stakes at Royal Ascot on 23 June where Merchant Navy will seek to join Black Caviar (2012), Starspangledbanner (2010) and Choisir (2003) as Australian-bred winners of the time-honoured event.

The colt was bred by Chris and Jane Barham (who retained a share in him) and sold through the Segenhoe Stud draft at the 2016 Inglis Australian Easter Yearling Sale where he was sold to the $350,000 bid Ciaron Maher (with shares subsequently selling to number of heavy hitters of local racing)

Segenhoe Stud’s Peter O’Brien explains that the owners who raced the colt in Australia continue to race the horse in Europe.

“All the original owners have stayed in the horse until he retires from the track and then he will stand at Coolmore Stud under his new ownership,” explains O’Brien, who is currently on the Gold Coast for the Magic Millions National sales and has wisely kept a breeding share in the stallion’s future.

And while Gold Coast attire differs widely from that of Royal Ascot, O’Brien reckons he won’t have any trouble finding a top hat for the big day.

“We have a huge amount of faith in Merchant Navy,” Coolmore Australia’s Tom Magnier adds.

“He won the Coolmore Stud Stakes before he’d even reached his third birthday and with any luck at all, he would have won the Newmarket.

“It’s an enormous ask for a southern hemisphere 3YO to go up to Europe and race at weight-for-age, while carrying the weight of a 4YO, which is why so few colts have managed to do it.

“Ciaron Maher always felt very strongly that Merchant Navy was just going to keep getting better and the fact that the colt looks to have posted a new career best rating in winning on Saturday supports that view.

“All roads lead to Royal Ascot now and while we realise it’s going to be a stiff task, he is a brilliant horse that will give it his best shot. With even luck in running, he should be hard to beat.”

It’s the jewel in Singapore’s racing events crown: a day of three Group One races including the country’s premier sprint and the inaugural running of the Invitational Kranji Mile.

Saturday’s program at Kranji would be dominated by Australian-bred horses with Lim’s Cruiser winning his second Lion City Cup in succession, edging out Reset gelding Zac Kasa (bred and sold by Newhaven Park)..King Louis (Medaglia D’Oro) and Captain Jamie (Captain Sonador) finished second and third in the Singapore Guineas … and Southern Legend was exactly that in the Kranji Mile.

Bred by Patinack Farm and sold through the Eliza Park (now Sun Stud) draft, Lim’s Cruiser (Casino Prince) was purchased for just $17,000 at the 2014 Gold Coast Magic Millions Yearling Sale. From his seven victories, he has now won over $1.5 million since heading to Singapore in 2016.

The premier sprint in Singapore, the Lion City Cup has been won by Australian-breds for eight of the last 10 editions, including the legendary Rocket Man (Viscount) who won four times in succession (2009-2012).

Speaking of legends, the Hong Kong trained Southern Legend (Not A Single Doubt) was far too strong at the finish in the Kranji Mile which will be recognised as an international Group One race from 2019 onwards.

Bred and sold by Corumbene Stud for $280,000 at the 2014 Inglis Australian Easter Yearling Sale, Southern Legend was snapped up by Carmel Size and her father Neville Begg.

Hall of Famer Begg is the breeder and owner of 2018 Group One Blue Diamond Stakes winner Written By, and appears to have struck the jackpot again in selecting Southern Legend, whose earnings – from his nine victories – have zoomed to over $2.5 million.

Despite having won six races and over $1.6 million in stakes, 5YO gelding Winner’s Way hadn’t previously notched up a victory at black-type level.

In Sunday’s Group Three Sha Tin Vase in Hong Kong, however, all that changed with the flashy sprinter proving too strong for his rivals and, in the process, becoming the third Australian-bred winner of the Vase in the past four years.

Bred by Bruce Reid, Winner’s Way is by the Rosemont Stud based Starcraft from the stakes placed Sunday Silence mare, Sunday Service. The dam’s six winners include the stakes winners That’s A Good Idea and Kneeling, while another of her daughters is the dam of this season’s dual Group One winning 3YO Ace High.

Offered by Kitchwin Hills at the 2014 Magic Millions National Yearling Sale, Winner’s Way was purchased for $55,000 by leading agent, John Foote, who was also the buyer of Hong Kong’s multiple Group One winner Contentment.