Is Diamond A Formality For Fastnet Rock? 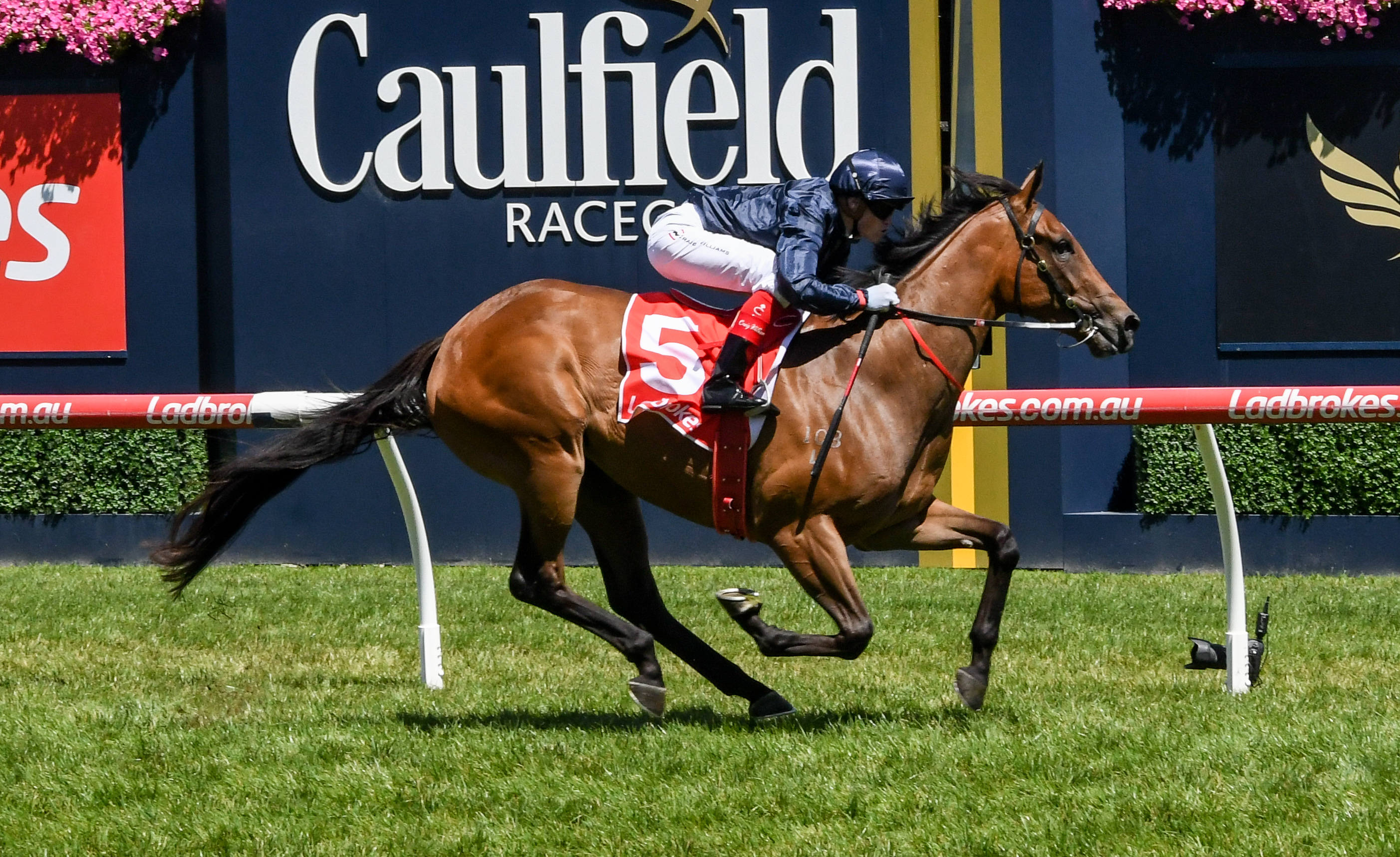 There is always much excitement surrounding the Blue Diamond. It’s the first Group One of the season for 2YOs, $1.5 million in prizemoney, the prestige, the promise of what’s to follow … a place in history.

With 106 stakes winners – 26 of those at Group One level – Fastnet Rock has already left his considerable hoof print on Australia’s breeding landscape, but this year is likely to head into the Ladbrokes Blue Diamond with a five pronged attack.

Highly favoured among the five is the Coolmore owned, Formality, who maintained her unbeaten record at Caulfield on Saturday with an emphatic victory in the Group Three Ladbrokes Chairman’s Stakes (1000m) and will now head straight to the Diamond on February 25.

Other Fastnet Rock Blue Diamond contenders are Catchy – also trained by Lindsay Park and also two from two – Tony McEvoy’s Roomooz, Moonee Valley winner, Cao Cao, and Starspangledbanner’s half brother, Will’s Bid. Between the five, there have been seven wins and a second from as many starts.

“That was a very good win by Formality on Saturday,” Coolmore Australia’s Michael Kirwan points out. “She was bred by long-time client, Dr Tan Kai Chah, who also raced the mother, Jolie’s Shinju, an out and out champion who was Horse of the Year in Singapore in 2009 and won nine races for Dr Tan.

“Formality is clearly the sharpest of her runners to date but she’s had four from four and has a yearling full brother to Formality that Dr Tan will retain to race.

“As for the other Diamond contenders, we’re particularly interested in the progress of Roomooz. She appears to be a top-class filly in the making and is raced by a great patron of Australian racing in Sheikh Mohammed Bin Khalifa Al Maktoum, who I know through his Manager, Tim Stakemire, that they have a big opinion of the filly.

“Anything can happen three weeks out from a two year old race, but probably the most pleasing aspect of Fastnet Rock having five strong chances is that it represents the considerable investment by international interests in Australian racing and breeding.

“Aside from Sheikh Khalifa’s Roomooz, Will’s Bid is owned by Spendthrift, while Cao Cao is raced by Sun Bloodstock. Just goes to show the level of support from all corners of the globe.”

Following that theme, Kirwan also mentions that the victory of Fastnet Rock’s 3YO filly, Dawn Wall, at Canterbury last Friday could be another milestone.

Foaled and raised at Coolmore, the royally-bred, Dawn Wall, was purchased by BBA Ireland’s Adrian Nichol for $1.3 million at the 2015 Inglis Australian Easter Yearling Sale on behalf of the Niarchos family.

“She (Dawn Wall) is the first horse to be raced by the Niarchos family in Australia and it was tremendous to see her win at Canterbury. That was only her second start and Chris (Waller) has been very patient with the filly. She is a three quarter sister to two Group winners in the United Kingdom and is out of a half sister to an Arc winner in Carnegie and, in turn, out of an Arc winner in Detroit.

“The filly really looks to be going places and it would be terrific to see her step up to Group class carrying those world famous colours.”