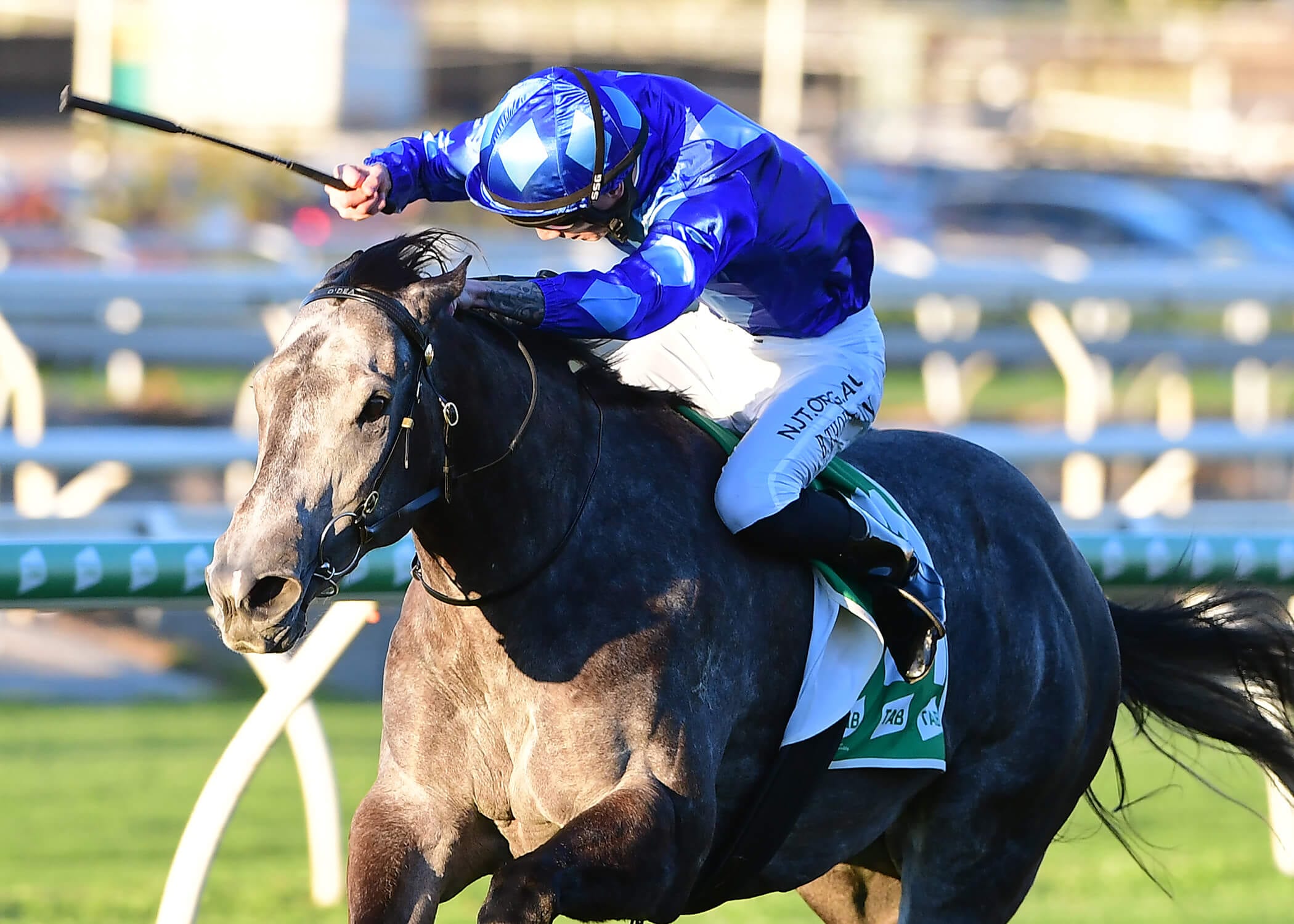 Michael and Janice Paris were pretty disheartened when their Spirit of Boom filly was passed in at the 2017 Magic Millions Gold Coast March Yearling Sale … especially when “she didn’t even get a bid!”.

Thankfully, they’ve managed to hide their disappointment, particularly after Saturday when their sale ‘reject’ – now a 4YO mare by the name of Jami Lady – was the brightest light at Eagle Farm when capturing the Listed TAB Bright Shadow Stakes over 1200m.

The win takes Jami Lady’s tally to seven wins and six placings from 19 starts for $445,550 in prizemoney.

Leading from the get-go, Jami Lady put a sizeable space on rivals in the straight and, while the Steven O’Dea trained mare got plenty of attention late in the piece, she held on to win the Bright Shadow with over two lengths to spare.

“She (Jami Lady) has really developed so much in the last year,” a delighted Michael Paris points out. “Despite a great second behind (3-time stakes winner) Outback Barbie in the Listed Mode Stakes over 1200m at Doomben in December 2018, Jami Lady’s first win in town was on 6 July last year … almost 12 months to the day of her Bright Shadow success.

“What she did on Saturday … well, that just wouldn’t have happened in previous campaigns.”

“She’s built a really consistent record and genuinely deserved to get a stakes victory next to her name,” O’Dea enthused. “I’ve always thought she is best with some cover, but she has matured now and took up the lead when the speed came out of the race, controlling it from the front, and was strong to the line.

“We will head to the Gai Waterhouse Classic (over 1350m at Ipswich on 18 July), which will be her first go at a slightly longer trip, but she is relaxing a whole lot better in her races now.”

Paris believes Jami Lady will be spelled after the Gai Waterhouse, returning for some lucrative mare races in the spring, but ultimately targeting the $1 million Magic Millions Fillies & Mares at the Gold Coast in January.

“Jami Lady was an unlucky fourth behind Invincibella earlier this year and I reckon she’ll be in with much more of a chance next time around,” Paris mused.

A Brisbane based insolvency practitioner, Paris and his wife, Janice, first became involved in ownership (and then breeding!) through Jami Lady’s dam, Bevico Girl.

“I liked Easy Rocking and asked Paul Willetts to have a look at his filly from Unbridled’s Jest at the 2010 Gold Coast Magic Millions Yearling Sale,” Paris recalls. “We ended up getting the filly, which we called Bevico Girl, for $18,000.

“Anyway, we decided to breed from her and the first foal was Jami Lady.”

Although he is hardly complaining, Paris remains perplexed as to Jami Lady’s lack of admirers in the yearling sales ring.

“We keep our horses at Warwick (on Queensland’s Darling Downs) with Tamara and Kerry Rickert, who run Roona Lodge and prepped Jami Lady for the yearling sale,” Paris explains.

“They really are terrific horse people and foal quite a few every year.

“I remember Tamara ringing me to say that Jami Lady was an outstanding foal … I’m sure it had nothing to do with paying that month’s invoice,” Paris adds with a laugh.

“The filly had clean x-rays and no issues, yet we didn’t as much as a single bid at the Gold Coast so Janice and I decided to race her.

“We put her with Steve (O’Dea), who does a great job with a small team, and right from the start he said ‘I like her mate, she’s got potential’.

“Jami Lady is from the first crop of Spirit of Boom and it’s interesting to note that his second lot of yearlings sold up to $500,000.”

Although missing the following season after producing Jami Lady, Bevico Girl would go on to produce a Statue of Liberty filly in 2017 – named Little River – and a Pride of Dubai filly last spring.

“Little River is unraced but Proven Thoroughbreds – which has raced Sesar and Scallopini with Steve – purchased a half share in the filly, while the Pride of Dubai will likely head to the QTIS Sale on the Gold Coast next year,” Paris reveals. “Unfortunately, Bevico Girl slipped a few weeks back and while we’re going to hold off making a firm decision until August, the mare is booked to All Too Hard.”