Fire and rain … Mick has the edge at Caulfield 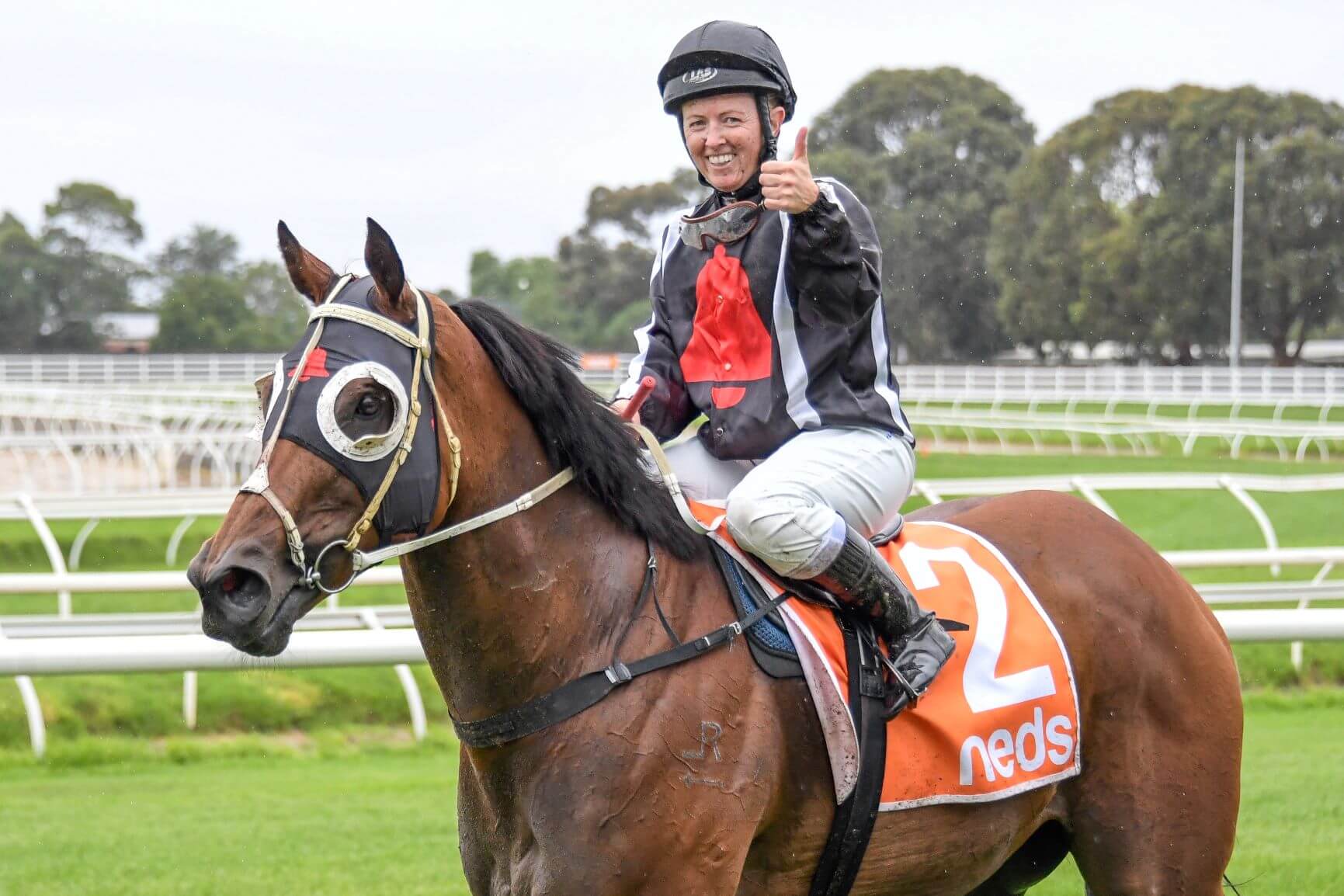 If ever a race result reflected a nation’s ‘resilience’ it was Saturday’s Listed Neds WJ Adams Stakes at Caulfield.

It would also be the first stakes success for Jungle Edge’s jockey, Jade Darose, who has been riding for 20 years and a constant trackwork companion ever since the hardy galloper shifted from NSW’s south coast to Bell’s Cranbourne stables five years ago.

Jungle Edge’s victory – his first since June 2019 – was timely too for the mega popular Bell, coming on the eve of the third anniversary of his wife Bev’s death from breast cancer.

Perhaps the greatest morale booster though is for some of Jungle Edge’s part-owners in Ian Dunkley and Chris and Michelle Strickland, who, like so many Australians, have been affected by the bushfires this summer.

Dunkley is the secretary/manager of the Buchan and Gelantipy Racing Club, which is based in Victoria’s fire devasted Gippsland region, and is working tirelessly to help stage Buchan’s annual Cup meeting on 15 February, while the Stricklands – who bred and originally trained Jungle Edge – were forced to evacuate their property near Tathra on NSW’s sapphire coast in early January, due to threat of flames.

So, it’s fairly safe to say that the irony of Jungle Edge thriving on a wet surface (all 17 of his wins have been on soft or heavy tracks) is certainly not lost on any of the connections.

“I was prepared to scratch Jungle Edge on Saturday morning, but it looked like rain so I kept him in … maybe someone should offer me a job as a weather presenter,” Bell says with a laugh. “There’s no question Jungle Edge prefers the rain. Like his owners!

“He has always been underestimated this horse. You could have gotten $60 about him earlier in the week, but he had a very good trial a week or so ago and ran a terrific time and I was fairly confident coming into the race.

“Sure, he might not have won for 230 days – or whatever time it was they were saying in the media – but in the six runs since that last win he’s finished third in the Winter Dash at Randwick, run second in the (Group Three) John Monash, second to Scales of Justice in the (Group Three) Bletchingly and he went on to win the (Group One) Memsie a month later.

“It was great for Jade too … she rode the horse a treat and has been working him at home for five years. It was just a series of events as to why she hadn’t been on him in a race before now, but didn’t miss a beat on Saturday.”

An apprentice farrier at 16 before taking up training as a 22 year old, Bell had stepped away from the training caper for 14 years, only to renew his licence shortly before Jungle Edge came on board.

“An old mate, Ian Dunkley, dropped by the farm out of the blue and offered me a mare called Youiz Jane and I ended up winning a couple of races with her,” Bell recalls. “I was pretty interested though in Youiz Jane’s half brother … Jungle Edge. He’d won five of his 12 starts with Chris and Michelle Strickland, but they were getting out of training and I offered them $20,000 to buy the horse, from which they’d keep a 10% share … on the basis I’d never send them a bill. It’s worked out pretty well for everyone I reckon.”

Unfortunately for Dunkley, who races “a handful of second hand horses”, he couldn’t make it to Caulfield on Saturday as he was occupied in a working bee at the Canni Creek track, in a desperate bid to get everything ‘on track’ for the annual Buchan meeting on Saturday week.

“We had no power and had to erect, by hand, the whole inside running rail – 1600 metres of it – along with some other infrastructure work,” Dunkley points out. “It was 42 degrees out there and then the local Lions Club put on a barbie with a few drinks for the workers and we were just sitting back when this huge dust storm came through!

“I then drove home to Lakes Entrance, had a shower and was feeling better by the minute as they downgraded the track from five, to six and then to seven. It was such a thrill, in light of everything else of late, to see him win the race.”

While Jungle Edge ran third in the 2017 Group One All Aged Stakes over 1400m at Royal Randwick, he is considered more a short course galloper, yet Dunkley has boldly nominated Jungle Edge for the $5 million All Star Mile at Caulfield on 14 March.

“He’s only an outside chance of getting in, but Racing Victoria is going to pay $1 for every vote to the bushfire appeal and there couldn’t be a better cause given the devastation wrought on so many communities,” Dunkley adds.

For now though, Dunkley is focused on the beloved Buchan meet and still chuckles at his motivation for buying into Jungle Edge in the first place: “I was looking to get a horse to run at Canni Creek, but Jungle Edge turned out to be way above that class. Ironically though, he would never have got a soft track at Canni Creek!”

As for the Stricklands, they couldn’t make it to Caulfield either as Michelle was occupied at the two day Bega Cup meet on Saturday and Sunday, assisting Richard Laming with his runners.

“We are still under ‘watch and act’ in this area and there were four emergency alerts on Saturday,” Strickland reveals. “We had to evacuate our property in the first week of January for a day or two and take our horses to Bega racecourse for safety.

“That’s why it was so exciting to see Jungle Edge win again. We’ve still got the half sister, Jungle Magic, who produced a yearling colt by Reset and is now in foal to Charge Forward. We’re hoping for a filly to keep the line going.”

As for the well travelled* Jungle Edge, Bell is considering a number of options.

“Weather permitting he might start in a race like the (Group One) Oakleigh Plate (22 February),” Bell explains. “I was planning on taking him to Buchan for an exhibition gallop, but there’s every chance too that he might be in Sydney. There’s a heap of good races in Sydney around that time and of course it never rains in Sydney during the autumn!”

“The meeting has been going for 133 years and, in fact, Buchan was the only meeting staged in Victoria on Black Saturday in 2009,” Dunkley recalls. “It’s a bit of a one-man band, administratively, and I had a fella come up to me on Black Saturday and asked me if there was anything he could do to help. I asked him to look after the trainers’ premiership and jockeys’ challenge for me and he happily did so. I only found out later it was Greg Carpenter, Racing Victoria’s Executive General Manager of Racing.”