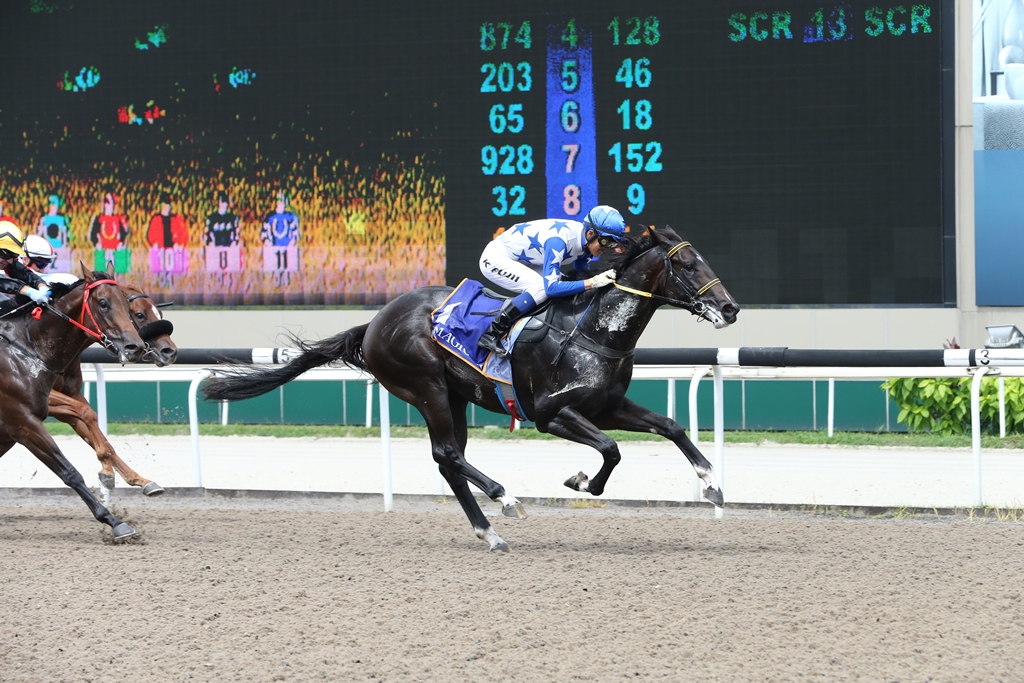 While Hunter Valley nursery, Vinery Stud, was under the spotlight on Saturday through its ownership of Proud Miss winning mare, Runway Star, the emphasis shifted to the stud’s success as a breeder on Sunday following the victory of exciting 2YO, Jupiter Gold, in Singapore.

Trained by Hideyuki Takaoka, Jupiter Gold appears to be something right out of the box and remains unbeaten after capturing the $S90,000 Magic Millions National Yearling Sale Stakes (1100m) in resounding fashion on Sunday.

The Magic Millions National Yearling Sale Stakes was the third leg of Singapore’s six pronged Golden Horseshoe Series and Jupiter Gold lived right up to the hype surrounding his last to first victory in the first leg – the Kranji Nursery Stakes – on 10 April.

Spread over four months, the Series culminates with the Group Two Aushorse Golden Horseshoe over 1200m on 8 July and Jupiter Gold has gone a long way to firming up his chances for the big finale.

Jupiter Gold is by the AP Indy Group Two winner, Congrats, who stood for four seasons at Vinery (covering 501 mares) before returning to the USA in 2015.

A half to two other winners, Jupiter Gold is out of the More Than Ready winner, Contented, while the granddam, Merry Shade, was a very fast 2YO, taking out the Widden Stakes and running third in the AJC Sires’ Produce.

Another factor which is sure to draw plenty of interest from Singapore’s racing fans, is Jupiter Gold’s close relationship to Australia’s Champion Sprinter, Takeover Target, whose eight Group One victories included Singapore’s 2008 Krisflyer International Sprint.