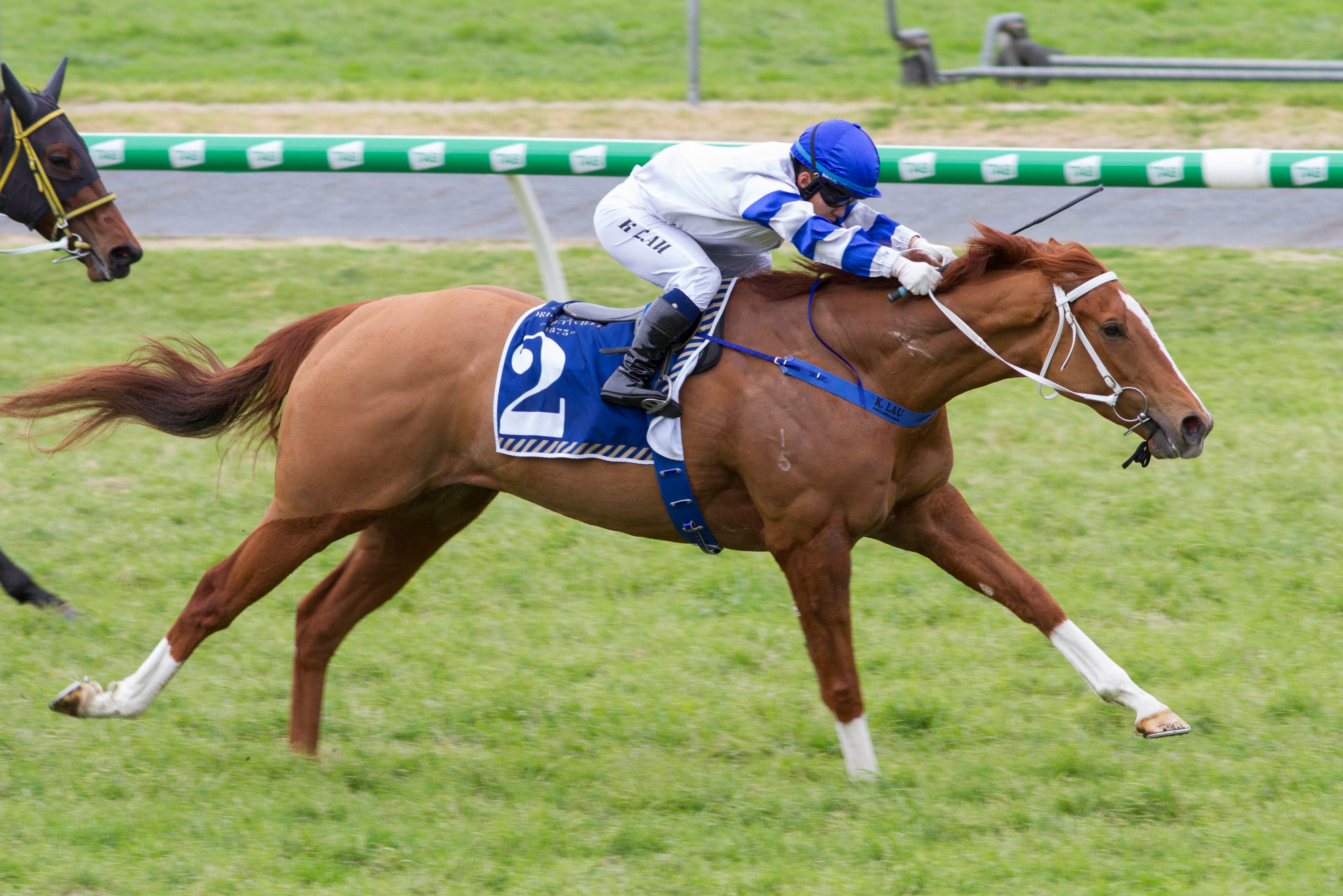 There seems little doubt that the Richard and Chantelle Jolly trained, Kemalpasa, likes to ‘travel’.

Winning his fifth career outing in Saturday’s Gia & Sophia Gonis Handicap over 1200m at Morphettville, Kemalpasa was bred in Tasmania, is by a Victorian based stallion, was sold as a yearling on the Gold Coast, is named after a town in Turkey, is owned by a Queenslander and trained in South Australia.

What’s more, Kemalpasa won his first race at Mindarie (some two hours east of Adelaide) back in September last year and, on Saturday, was forced to travel a good deal further than 1200m after being carted wide by the favourite. But still he won by over two lengths. Impressive to say the least.

Richard Jolly was certainly taken with the performance: “He (Kemalpasa) has always shown ability, but just wasn’t putting it together on race day,” referring to the galloper’s first four, unplaced, runs in town.

“So, we took him to Mindarie and then on to Port Lincoln where he ran a good second and that really turned him around. He was eating better and much more relaxed. It seems to have done the trick.”

That it certainly does as Kemalpasa has now won five of his last 13, along with six seconds, and the only ‘outs’ have been a fourth and a fifth.

“Kemalpasa will probably have another run in a fortnight before giving him his first tilt at black type in the Listed Penny Edition Stakes at Morphettville on 31 August,” Jolly reveals. “Given that he’s a graduate of the Magic Millions sales, we’ll probably tip him out for a spell after the Penny Edition and target a race like the ($1 million) Magic Millions Cup over 1400m on the Gold Coast in January.”

After “liking what I saw and falling into the price range”, Jolly purchased Kemalpasa for $140,000 from the Kulani Park draft at the 2017 Gold Coast Magic Millions Yearling Sale on behalf of Brisbane based, Nev and Jenny Morgan, who have around a half dozen in work with the Adelaide conditioner.

Racing “a stack of horses” with trainers in Sydney, Melbourne, Brisbane, Adelaide and Perth, the Morgans also campaigned 2014 Group One South Australian Derby winner, Kushadasi, and several other stakes winners with the Jollys.

Paying the feed bills for half a dozen Group One winners since taking up the ownership caper in the early 1990s – among them Sizzling and Rangirangdoo – the Morgans clearly have something of an affinity for the letter ‘K’.

“We’re retired now, but I grew up in Toowoomba – right next to Clifford Park racecourse – and been involved with horses all my life,” Nev Morgan explains. “We name a lot of horses after the places we’ve visited overseas: Kemalpasa and Kushadasi are both in Turkey, Kermadec (giving Morgan his second Group One Doncaster winner) is named after islands in New Zealand and (2019) Queensland Guineas winner, Kolding, owes his moniker to the city in Denmark which is famous for its Vikings.”

A son of the Sun Stud based stallion, Magnus, Kemalpasa is the first foal of Bianconi mare, Yarra Bank, a winning half sister to Melbourne stakes winner, Honest Politician. Yarra Bank was purchased by Jenny Watson’s Macleay Thoroughbreds for just $8,000 at the 2014 Inglis Melbourne August Thoroughbred Sale.

Based at Launceston in Tasmania and just 10 minutes from Armidale Stud where she has operated as foal watch for the past 38 seasons, Watson was duly recognised in 2016 for her decades of toil, by being presented with the ‘Thoroughbred Excellence’ gong at the Godolphin Stud & Stable Staff Awards.

With only a handful of mares at the 150 acre Macleay Thoroughbreds, Watson has remarkably bred two Group One winners in Australian Guineas/Makybe Diva Stakes winner Palentino (also now at Sun Stud) and Eagle (Penang Sprint Trophy).

“I sent Yarra Bank to Magnus for the first three seasons and she also has an unraced full brother to Kemalpasa called Nordic Prince, while her now yearling, will be offered by Alva Stud at next year’s Tasmanian Magic Millions,” Watson points out. “I only have a couple go through the yearling sales these days and mostly sell them as weanlings at the Inglis Great Southern or, as in Kemalpasa’s case, privately out of the paddock.”

Courtesy of her role at Armidale, Watson was also the first human seen by rising superstar, Mystic Journey, whom Watson considers the best horse to come out of the Apple Isle for many years.

“I don’t think we’ve seen the best of her yet,” Watson enthused. “Our major problem here in Tassie is lack of stakes money, but that hasn’t stopped us from punching above our weight in terms of breeding.

“Mongolian Khan was a New Zealand Horse of the Year, Palentino, The Cleaner, Hellova Street … they’ve all done us proud, but you also have horses like Bling Dynasty, a 9YO who ran second at Moonee Valley on Saturday and has won over a quarter of a million in stakes.

“I’ve just got my fingers crossed that Kemalpasa adds his own black type to the tally. Before the 2020 yearling sale would be handy!”