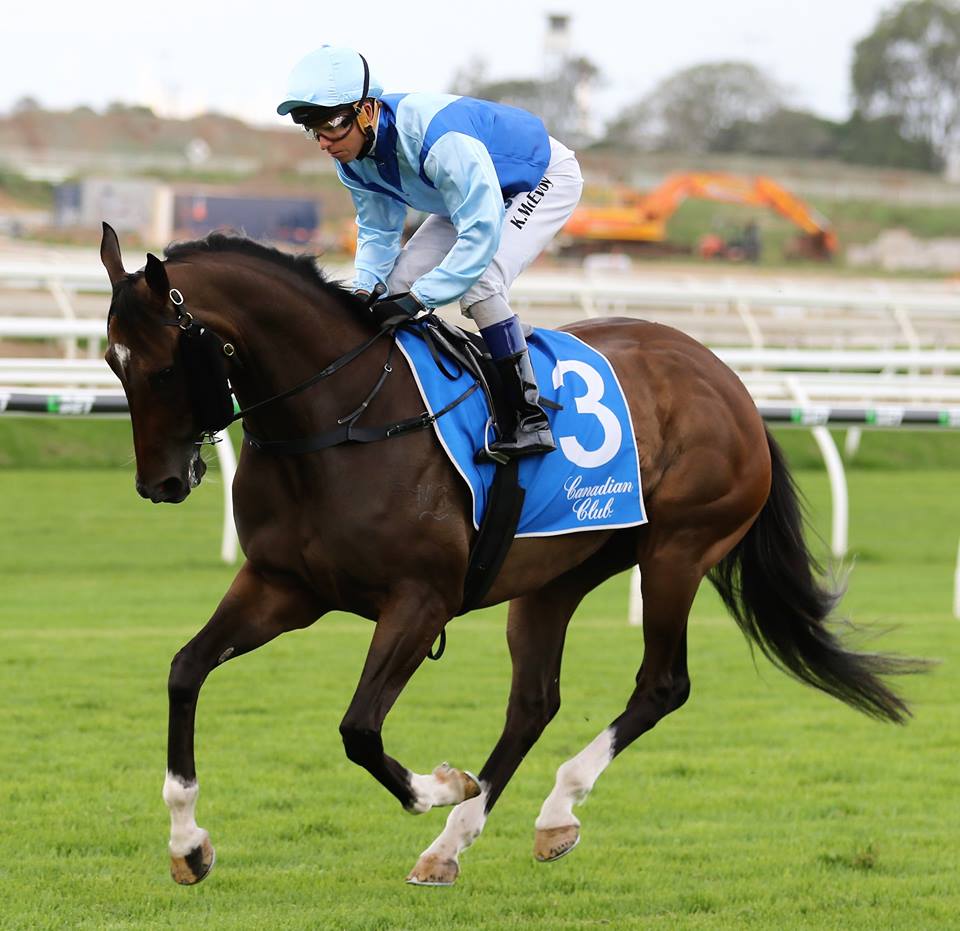 “What do you think?”

Kia Ora Stud manager, Alex Kingston, had to act fast when asked if they should pass in the filly in the ring.

The Redoute’s Choice youngster parading before her was $10,000 short of her $200,000 reserve at the 2014 Inglis Australian Easter Yearling Sale, but Kingston thought the filly was worth a lot more: “I think we should take her home”.

It proved to be sound judgment, especially after the now mare, Ravi, won the Listed Canadian Club Just Now Handicap (1300m) at Eagle Farm last Saturday and takes her earnings to nearly $300,000. What’s more, given her breeding and new black type status, her residual value as a broodmare would be close to the seven figure mark.

“She (Ravi) was a little bit immature at the sale, but she is by Redoute’s Choice after all and it’s a great family,” Kingston reveals. “Her full brother, Elzaam, was a stakes winner in England, multiple Group placed and ran fourth in the Group One Golden Jubilee at Royal Ascot.

“Elzaam only covered one book of mares in Australia (now 2YOs) but his only crop to race in Great Britain includes the stakes winner and Group runnerup, Clem Fandango, along with around 15 other winners.

“Unfortunately, Ravi’s dam, Mambo in Freeport, passed away, but her last foal is an All Too Hard filly that Kia Ora retained and is also in work with (Ravi’s trainers) Peter and Paul Snowden.

“The half sister to Ravi, Manju, is by Henny Hughes and she had an outstanding All Too Hard filly this spring that will be kept as well … so, the farm is building up quite a bit around the family.

“With any sort of luck there are some more exciting times ahead.”

One of the most famous farms in Australia, Kia Ora was started by Percy Miller in 1914 and rapidly became a major force in Hunter Valley breeding. Indeed, the 1941 Inglis Easter Sales saw 105 Kia Ora yearlings offered.

Purchased by Krishnan around 16 years ago, Kia Ora breeds some 60 mares annually, foaling down around 40 … a few of which they decide to keep!

Not surprisingly, Peter Snowden was happy with the breakthrough stakes performance of Ravi in the Just Now, taking her record to five wins and three placings from just 11 starts.

“She (Ravi) deserved that,” Snowden enthused. “She’s always shown good ability … certainly stakes level. I was a bit disappointed in her last run at Flemington (fifth in the Listed MSS Security Sprint on Cup Day) when she ran a bit below par. I had intended to spell her but she absolutely bloomed in the week I had her at home and now she has come up with that all-important stakes win.

“She’s done her job and will be spelled and then brought back for the autumn. She’s a Redoute’s Choice and when you get a good one, they usually go on with it.”

Ravi is the 137th individual stakes winner for the Arrowfield Stud-based, Redoute’s Choice, who has 13 yearlings entered for the Gold Coast Magic Millions Yearling Sale in January and a further 37 bound for the 2017 Inglis Australian Easter Yearling Sale.