Hand Me Down Makes The Cut 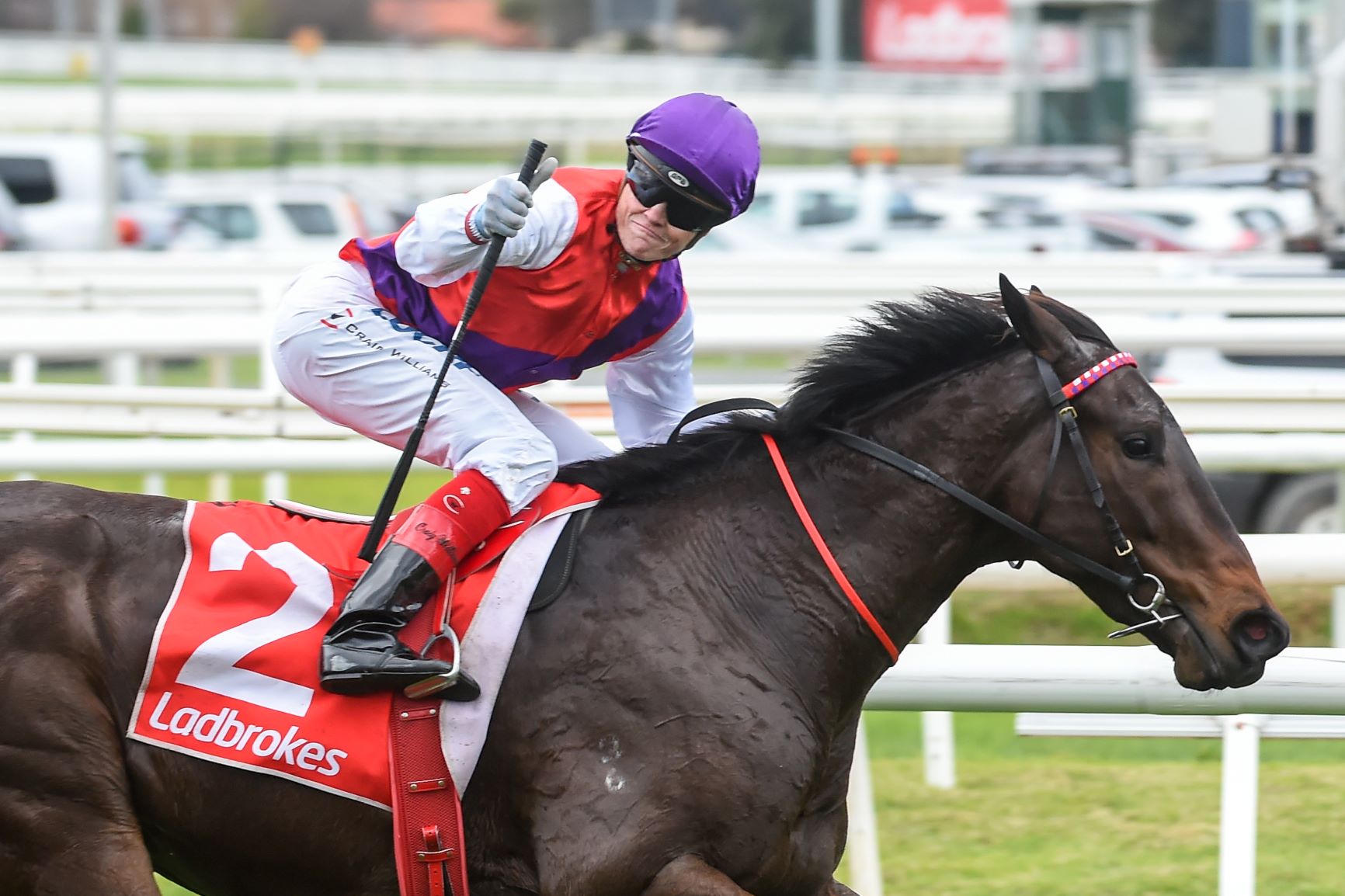 You might not know the name, but Chris Rentessis is a familiar – and friendly – face at Victorian sales. He’s worked for a lot of farms over a lot of years.

However, it was courtesy of a stint at Rangal Park Stud that Rentessis “inherited” a winning Danerich mare called Handcut.

On Saturday at Caulfield, it was Handcut’s second foal – King of Hastings – who stole the show in the Ladbrokes Odds Boost Handicap over 1200m, with the Anthony Freedman trained 2YO notching up his second win from three outings: his only ‘blemish’ a lip second at Sandown two weeks earlier.

The win continued the Freedman stable’s terrific run with juveniles this season – including Blue Diamond winner Lyre and dual stakes winner I Am Immortal – and while King of Hastings has still some way to go to match strides, he is clearly a youngster with tremendous ability.

Which all augurs well for Handcut and Rentessis.

“Handcut was bred and raced by Terry Martin who had quite a bit to do with Rangal Park when I was there,” Rentessis recalls. “Anyway, Handcut came out and won her second start easily and went on to finish a good third behind Platelet, who was a Group winner at the time and went on to win the Sangster and the Goodwood at Group One level.

“Trouble is, Handcut was a bit of a head case and Terry didn’t want to breed from her. My wife, Margie, and I have got a small farm – Aird’s Green – at Euroa (in Victoria’s north east), so he ended up giving us the mare.”

Rentessis decided to send Handcut to be covered by Ilovethiscity, the Grahame Begg trained Magic Albert entire who won the 2011 Group One Randwick Guineas and finished a neck second in the Group One George Main Stakes.

“I’m very good mates with Nev Murdoch who owns Larneuk Stud and was standing Ilovethiscity at the time,” Rentessis explains. “Anyway, Handcut slipped that first year before producing an Ilovethiscity colt the second time around.

“I sold that colt to David Jolly for $30,000 at the Inglis VOBIS sale and he’s called Appalachian. He’s only had the one start – a maiden at Balaklava in May – but won easily and David has a huge opinion of the horse.

“Now King of Hastings – who I sold to the Freedmans for $32,000 at the Adelaide Magic Millions last year – has won two from three. A 100% strike rate for the mare so far.

“Strangely, both Appalachian and King of Hastings are totally different types, but the one thing they have in common, obviously, is that they can both run!

“I’ve got an O’Lonhro colt – a yearling – out of Handcut that was a late foal and I’m going to race him myself. He’s at Jerilderie getting broken in, but I’ve had a couple of phone calls already since Saturday, so he might end up getting sold. Who knows? I’d love to race him, but we’re only a small operation and you have to be practical.

“Handcut, meanwhile, is back in foal to Ilovethiscity on a good early cover.

“It just goes to show you that in this game there’s always a diamond in the rough.”

“We’ve always liked the stallion – a very good racehorse – and we jumped at the opportunity to stand him,” Calwell reveals. “Ilovethiscity has never had huge numbers but covered his biggest book (70 mares) last season, largely on the back of his stakes horses El Dorado Dreaming (Group One ATC Sires’ Produce Stakes, multiple Group One placed and winner of $989,155), Moonlover (Listed winner of 10 races), Tony McEvoy’s Savoie, who was runnerup in the Group Two Moonee Valley Vase last spring and stakes placed, Chapel City.

“All up, Ilovethiscity has had only the 68 runners but his winners to runners strike rate is 64%.

“Not only is Handcut back in foal to him, so is the dam of El Dorado Dreaming.

Based at Euroa, the 380 acre Noor Elaine was purchased by the El-Fahkri family in 1990, but only established as a horse property some 15 years ago.

“Noor Elaine has also stood the Group winning sprinter, Oamaru Force, who is pretty much retired but he did a lot to put the farm on the map,” Calwell adds. “His (Group One) Stradbroke Handicap winner, Mid Summer Music, was grown out at Noor Elaine, as was (Flemington stakes winner) Rocking Force, while he also had another very good stakes winner in Diplomatic Force (Group Two Yallambee Classic).

“Moving forward, it really looks as if King of Hastings is right up to stakes class which is a nice boost as Ilovethiscity gears up for his second season at Noor Elaine.”