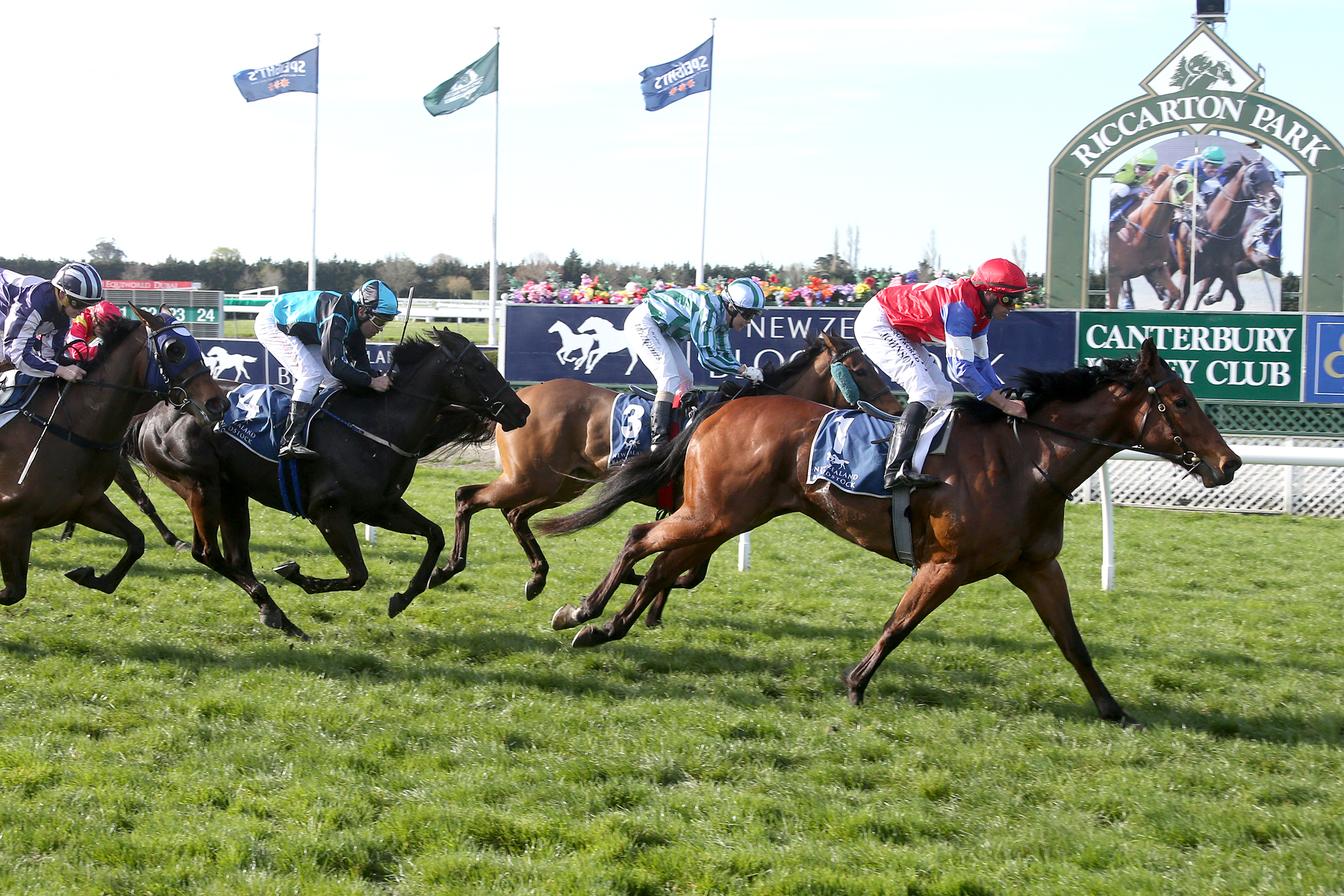 As the crow flies, there’s around 2500 kilometres and one helluva ‘pond’ between Nathalia in Victoria and Christchurch in New Zealand.

Still, it’s probably a wonder that patrons at Riccarton racecourse on Saturday didn’t hear the whoops and hollers all the way from Nathalia’s Ponderosa Park as Kiwi Ida hit the front in the Listed Canterbury Belle Stakes over 1200m, before going on to record her first stakes victory.

The filly caught the eye of New Zealand trainers, John and Karen Parsons where they snapped her up for just $4,000: a pretty astute purchase given that Kiwi Ida has now won four of 10 outings with a further five placings – two of those at stakes level.

After missing a start at Riccarton two weeks ago, due to a stone bruise, Kiwi Ida was stepping out for the first time at three in the Canterbury Belle, where she had been installed as a $2.80 favourite. The Canterbury Belle victory has since seen Kiwi Ida firm in the markets for the Group One New Zealand 1000 Guineas at Riccarton on 18 November.

“We’ve been waiting a while for Kiwi Ida to win that black type,” Ponderosa Park’s Paul Kelly enthused. “Even before the horse first raced, Karen Parsons told me that Kiwi Ida would win a stakes race and she’s proven to be spot on.”

Ponderosa Park, spread over 320 acres, plays host to around 50 mares and also stands the 4-time winning Redoute’s Choice stallion, Niconoise: a three quarter brother to Australian Cup winner, Niconero and half to dual Group One winning sprinter and Widden Stud based sire, Nicconi.

“Niconoise’s oldest progeny have just turned two and he has a half brother to Kiwi Ida called Nicida that’s with Gordon Carter at Gawler in South Australia,” Kelly adds. “Gordon has a big opinion of the colt and has him entered for next year’s Golden Slipper, so fingers crossed.

“Nicida was offered at last year’s Great Southern and selling weanlings is the main focus of our business. We take around 20 weaners each year to Melbourne, rather than keeping them to yearling stage, and it’s working out quite well for us. Especially after Saturday!

“Fortunately, we have a few irons in the fire where Kiwi Ida is concerned. We’ve not only got Empress Ida, but we also have Kiwi Ida’s half sister, Imperial Ida, and the granddam, Queen Ida, a full sister to Royal Ida (18 wins, including 10 stakes victories).

“Empress Ida is back in foal to Niconoise (who stands at $3,300 inc. GST “with discounts for multiples”), but the mare is likely to return to Squamosa this spring, along with the other ‘Idas’.”

Not surprisingly, Sun Stud did plenty of cheering of its own in the closing stages of the Canterbury Belle as sales manager, Phil Marshall, reveals.

“The Parsons have had huge wraps on Kiwi Ida from day one and it’s terrific that it paid off for them on Saturday,” Marshall points out. “Squamosa was a very good racehorse for Star Thoroughbreds, being undefeated at two and actually breaking the race record when just beaten for second in the Golden Rose in 2010.

“It turned out to be a great day for Squamosa as he also had Sun Quan – who was purchased for $160,000 last year and trained by Mick Price – win by over five lengths at Tatura.

“Squamosa was Champion Victorian First Season Sire last year, but he’s just starting to get numbers through which is generating quite a bit of interest from broodmare owners.”