LAING REACHES FOR THE SKY 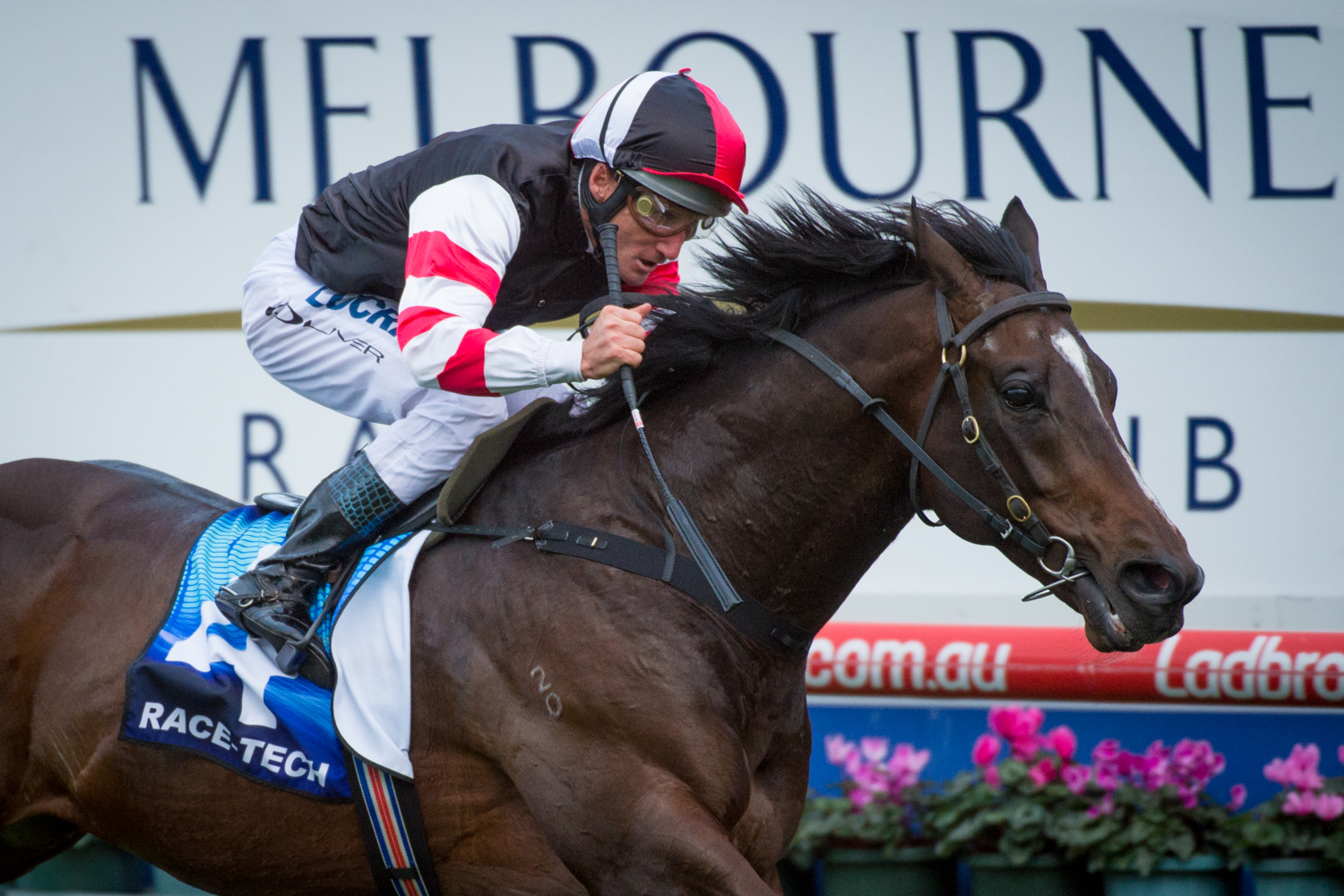 Robbie Laing had something of an epiphany as he sat at home and watched the finish of the 2003 Victoria Derby.

Elvstroem first. Kempinsky second. Both colts. More importantly, as far as Laing was concerned, both by Danehill.

It wasn’t as if Laing had come down in the last shower – after all, this was Danehill’s fourth Victoria Derby winner – but the Cranbourne trainer decided that he needed to get in on the act.

Studying the 2004 Gold Coast Magic Millions Yearling Sale catalogue shortly after, Laing focussed on a Danehill colt from the Group winning 2YO, Millrich, which was being offered by Eliza Park.

Inspecting the Danehill yearling at the farm, Laing enquired as to how much he would likely have to pay to secure said colt. Around “$400,000 to a million” was the reply.

Laing went home and dutifully told Mrs Laing about the cracking colt he had just seen and was determined to buy. It’s probably fair to say that once Rachael Laing heard what the colt was likely to bring in the ring, her enthusiasm didn’t quite match that of her husband.

“Where are you going to find the money,” seems a perfectly reasonable question, perhaps more so than the response: “we’ll worry about that later”.

Turns out Laing only had to pay $500,000 for the colt which, OK, yes, was a lot more than he had previously paid for a yearling, but, hey, still cheap for a Danehill … right?

Indeed, it was. Selling up to $2.2 million that year, 16 Danehill yearlings cost more than Laing’s bloke and, of that 16, only one was a better racehorse, but none better as a sire.

Laing named his colt, Danerich and while you wouldn’t win a prize for the portmanteau, the colt did win other prizes: a McNeil and a Mitchell McKenzie in the spring of ’95, plus a couple of Group placings, before heading off to stud in 2007.

Danerich covered 322 mares in his first three seasons at stud, but has always been a sub $10k stallion, so it’s fair to say that with seven stakes winners and a host of city performers, he’s punching well above his weight.

One of those seven black typers is the Laing-bred and trained, Lord of the Sky, who captured his second stakes victory on Saturday with a bold front running display in the Group Three MRC Bletchingly Stakes.

It was some win and Laing was understandably relieved post race. Lord of the Sky has now won six and placed in five from 24 outings, taking his earnings to the seven figure mark, but you get the impression from Laing that it’s what he didn’t win that adds so much to the theatre.

“Twelve months ago he did a tendon in the Bletchingly and it’s been a long road back,” Laing explains. “He’s still and entire – a 6YO as of Monday – and this is probably his last season.

“I’ve got some interest from people in France and England to stand him in Europe and there’s a race in France in September – the Heritage Handicap – that a very good judge has told me would be tailor made for Lord of the Sky. There’s also the Prix de l’Abbaye at Chantilly on Arc day.

“I’d still like to have a crack at a Group One in Australia though. He’ll likely go around in the (Group Two) PB Lawrence in a fortnight or maybe the (Group One) Memsie a fortnight after that.

“Still, we probably wouldn’t be having a discussion about where he might stand with a bit more luck: he’s run fourth to Brazen Beau and Chautauqua in the Newmarket, second – beaten a lip – to Chautauqua in the TJ Smith and second to Flamberge in the Goodwood.”

Lord of the Sky’s dam, Princess Abassi is one of around 30 mares owned by the Laing’s and has a now 3YO full brother to Lord of the Sky by the name of Zanahary: “He doesn’t have as much speed out of the gate as his brother (few do!) but he’s a nice type and I reckon he’ll go alright.

“I’ve always supported Danerich and have about five mares that are due to foal to him shortly. They include close relations to Able Friend, King of Prussia and I’ve Got Chills, so there’s plenty coming through. Hopefully another Lord of the Sky among them!”

You certainly get the distinct impression that Robbie Laing would like to send his own mares to Lord of the Sky one day … in Australia.

Spring will give him the answer.