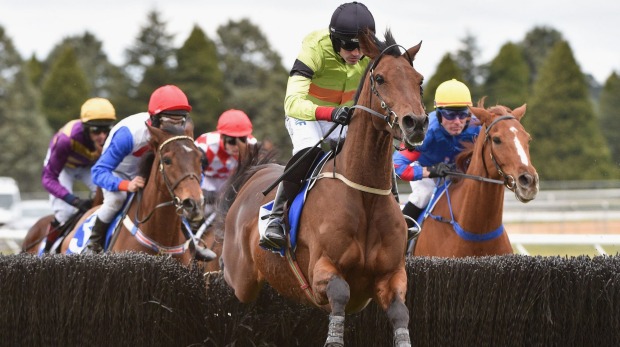 Australian jumps racing has climbed off the canvas in recent seasons, and if the owner of one of the Melbourne Cup favourites has his way, leading European trainers would be sending  runners to try to plunder Australia’s big money prizes over jumps and the flat.

Rich Ricci is a huge investor in jumps racing in Ireland and has won most of the top races in the UK and Ireland in recent years.

His horses are trained by Willie Mullins – the pair are running Max Dynamite in the Melbourne Cup on Tuesday – and usually ridden by champion jumps rider Ruby Walsh, who made a hit and run raid on Australia in August to win the Grand National Steeplechase on Ciaron Maher’s Bashboy.

Ricci, who won the Nakayama Grand Jump in Japan with the Mullins-trained, Walsh-ridden Blackstairmountain in 2013, would love to make his mark over obstacles down under.

“I would love to get a jumps race here with a nice pot that would attract an international crowd,” Ricci said.

“Ruby coming out was great for Australian racing and I am hoping that there is something we could do together.

“I would love to bring a horse here to jump. I haven’t talked to Willie yet, but I know he’s interested from talking to other people who have talked to him.

“It would be great to try and re-energise the jump racing game here in Australia. I know its history, I know it’s not brilliant, but they seem to have taken the right procedures and steps to make it safe and it would be great to have something here to run on the jumps cards.

“One of the sharper Australian punters told me there was $4 million for 400 horses,” Ricci said, odds that make a challenge a smart financial move, he added.