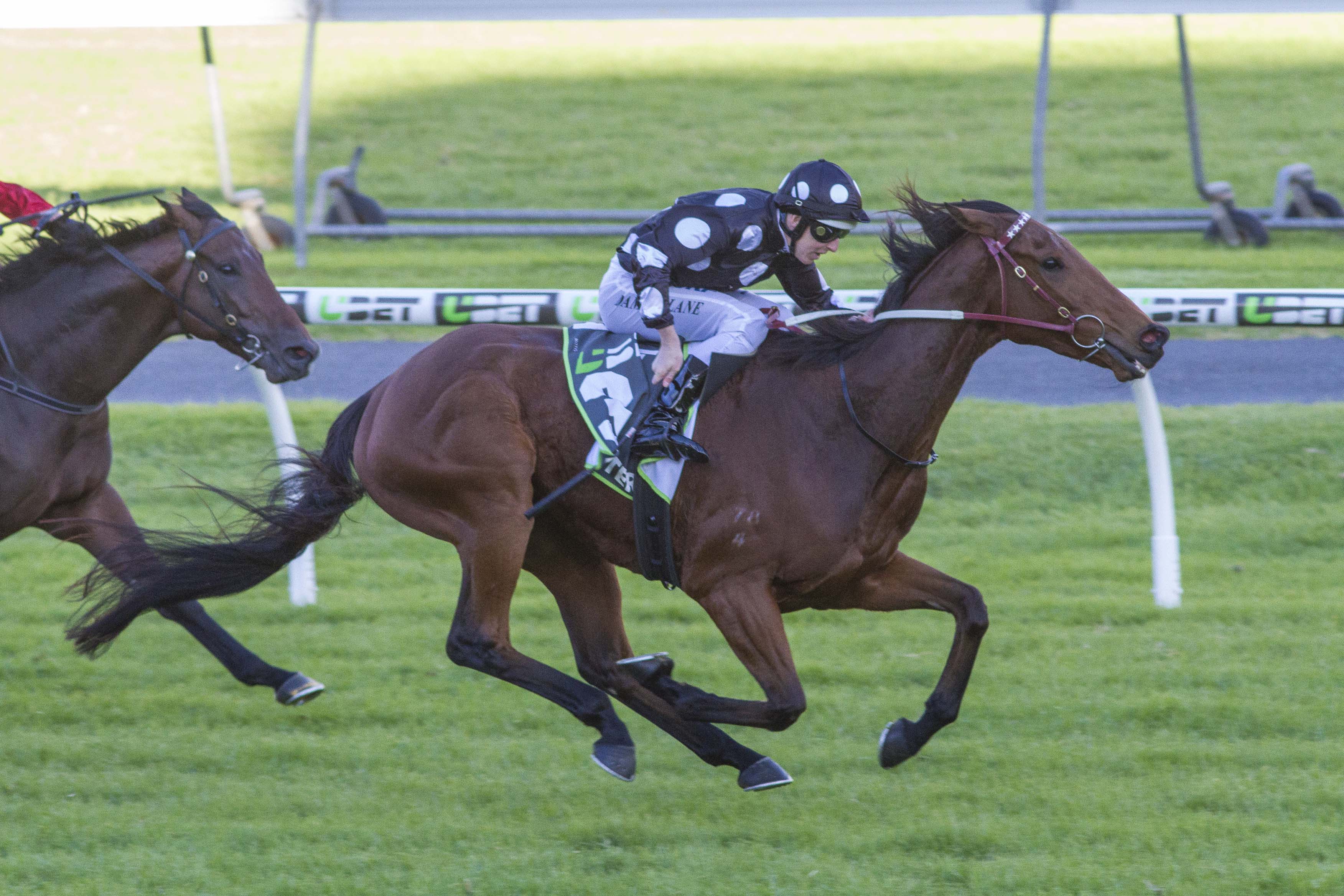 Leading bloodstock agent, Paul Willetts, has purchased more than his share of racetrack stars over the years.

New Zealand Horse of the Year, Mongolian Khan, was snapped up by Willetts for $9,000 as a weanling, as were Solzhenitsyn ($10,000) and Sound The Alarm ($3,750) … again, all Group One winners. Willetts was also a key part of the breeding of Group One New Zealand Derby winner Rangipo on behalf of a major client.

However, Willetts might well have pulled off his biggest coup yet by purchasing a Wanted colt for just $10,000 from the Yarraman Park Stud draft at the 2015 Inglis Sydney Weanling & Broodmare Sale … and then deciding to keep the youngster.

Talk about pulling the right rein!

On Saturday at Morphettville, that now 3YO gelding – Leicester – came up trumps in the $600,000 Group One UBET South Australian Derby over 2500m, taking his earnings to $535,730 from only nine starts.

Trainer Darren Weir’s third SA Derby winner on the trot and 30th career Group One victory overall, Leicester had put the writing on the wall two weeks earlier with his victory in the Group Three Chairman’s Stakes and was sent out a firm favourite for the Adelaide Classic.

Willetts, who co-owns Leicester with Western Australian Gary Johnson, wasn’t on hand to watch his ‘cheapie’ go around, but cheered on from afar.

“I’m a bad influence on my horses,” Willetts says with a laugh. “I prefer to watch them on TV, but don’t worry … I still get pretty excited.”

So, why keep Leicester?

“He was a lovely weanling, a cracking type actually, and thought he was a real chance,” Willetts adds.

“I knew he wouldn’t go for too much money because his sire (Wanted) wasn’t very commercial by that stage, but it’s a great family … he’s out of a Galileo mare and related to a lot of good horses.

“He (Leicester) was gelded right away and I just let him grow out for the next eighteen months in a paddock with a couple of other horses.

“Some of the crew from (Victorian stud) Three Bridges, including Gary (Johnson) came into the horse and it was always the intention for us to race him.

“Anyway, we’ve had quite a few sizeable offers to sell since the horse started racing, but we wanted to keep him, and it definitely paid dividends on Saturday.”

Where too next for the Derby hero?

“He’s heading straight to the paddock and he’ll come back in the spring for a light prep,” Willetts explains.

“It’s one thing to race against your own age, but he’ll be up against all comers in the spring, so he’ll just have a few runs and we’ll target the autumn carnival when he’s more mature.”

By capturing the 2500m South Australian Derby, Leicester becomes the first Group One winner for the now Clear Mountain Fairview based stallion Wanted.

Winner of the 2010 Group One Newmarket Handicap, Wanted won the Group Three Kindergarten at two and, in a career of just 15 starts, would also finish second in the Patinack Classic, Lightning and William Reid – all at Group One level. Not once did the Fastnet Rock stallion run beyond 1200m.

Retired to Eliza Park International (now Sun Stud) in 2010, Wanted – a rig – would be restricted to 75 mares in that first season, but quickly dispelling any fertility issues, went on to cover nearly 450 mares in the next three years.

Not surprisingly, Clear Mountain Fairview’s Stud Manager Mick Frappell has been clearly buoyed by the rise and rise of Leicester.

“I’m not the least bit surprised he (Wanted) has got himself a Derby winner,” Frappell enthused.

“Wanted only joined the team in 2017, but I’ve seen a lot of his progeny over the last few years and they are big boned types who look like they could get over a distance.

“I know that Wanted’s race performances show he was an out-and-out sprinter, but just by looking at him you wouldn’t think he’s the type that would be restricted to short courses.

“Wanted arrived late in the season and we didn’t get a chance to do much in the way of advertising or marketing for the horse last spring, but he ended up covering 38 mares and they were all payers.

“Point is, he gets more than his share of winners – he’s had 66 so far this season and is just outside the top 30 on the Australian sires chart by winners, while he’s close to the top 40 by earnings after Leicester’s win on Saturday. On top of that, he’s the leading Queensland-based sire by earnings and wins.

“We were getting plenty of enquiries after Leicester won the (Group Three) Chairman’s a couple of weeks back and we picked up quite a few more mares over the weekend too.”