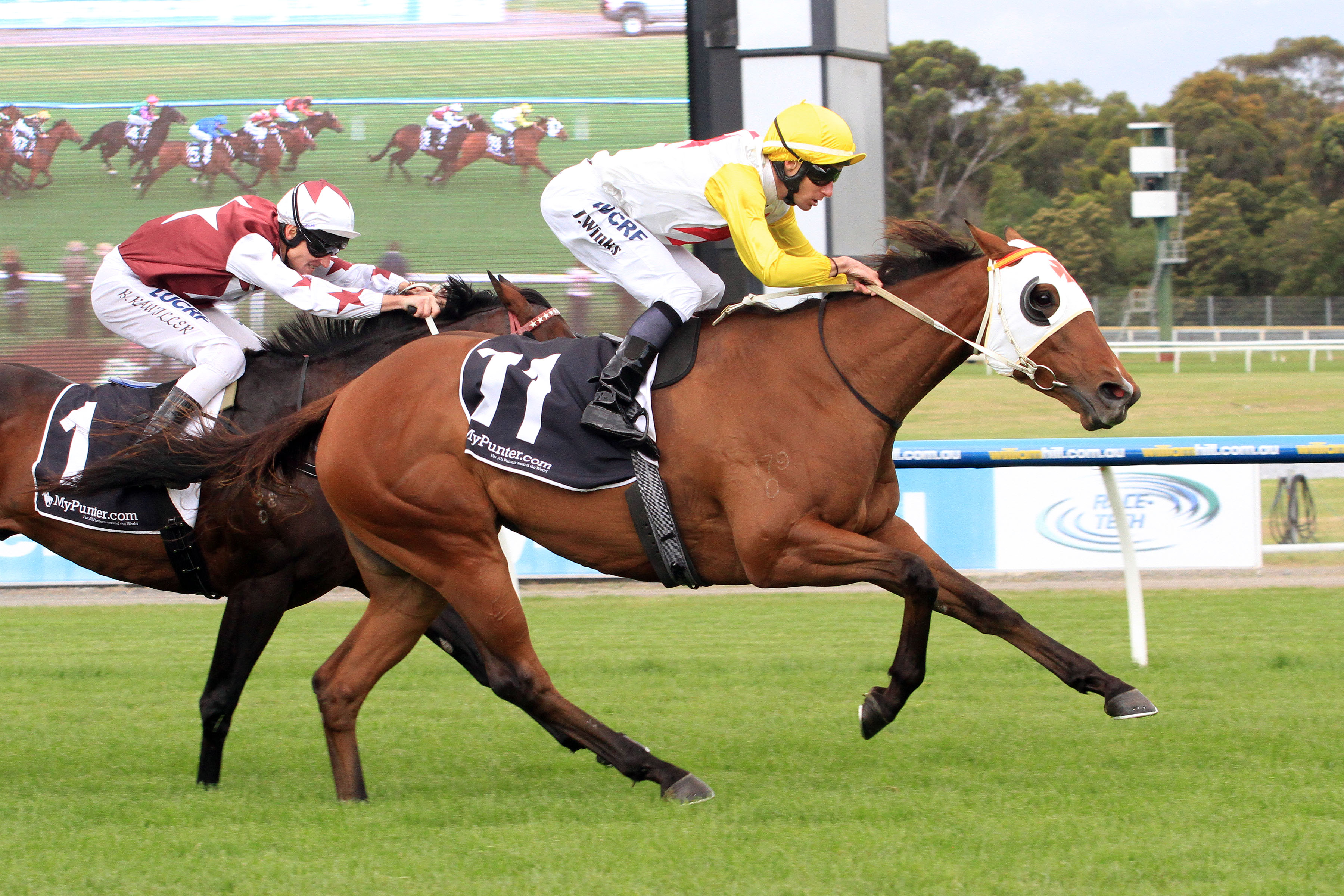 One thing demonstrated by the win of Casino Dancer in Saturday’s Eclipse Stakes at Sandown is that it’s never too late to try something new.

Another is that if her trainer Mike Van Gestel taken more advice from his family, he might have won a few more races.

The 71-year-old, Belgian-born hobby trainer and dairy farmer had sent Casino Dancer to the races 48 times before his grandson Corey, who also straps the mare, suggested he try her in blinkers.

Even though she hadn’t won for 12 months, Van Gestel dismissed the tip.

“I told him I was the trainer, not him,” Van Gestel said.

But his grandson’s words stayed with him, he relented, and Casino Dancer stepped out in blinkers at her next start and won the Group 3 Angst Stakes at Randwick last month, giving Van Gestel his first stakes success in 40 years of training.

With the benefits of consultation now apparent, Van Gestel then took some more advice from his family, and won again.

But the successes became scarce with only two more coming in the next two years.

Then about six weeks ago Van Gestel’s grandson Corey, who is also the mare’s strapper, suggested the gear change.

“Corey rang me and said he thought she was getting lazy and suggested I should put blinkers on her,” Van Gestel said.

“I didn’t like the idea, but after a while I thought I might as well give it a try and the first time she galloped in them she flew.

“They’ve really sharpened her up.”

After winning the Angst Stakes in a time only a tick outside the 1600m course record Casino Dancer was placed at Randwick and also in the Group 2 Matriarch Stakes at Flemington after which her trainer wanted to give her a rest.

“I wanted to go home after the Flemington race, but my family pushed me to stay on and have a look around because I’d never been to Melbourne before,” he said.

“I’d only planned on one run, but I entered her in the Eclipse, even though I wasn’t convinced it was the right thing.”

For Van Gestel, who emigrated from Belgium in 1967, Casino Dancer’s Eclipse win is the latest chapter in a very Australian racing story.

The Casino Prince mare is the best horse he has trained – but probably not the most important.

That was one of his first horses, a mare called Louisa’s Joy who paid off his newly-purchased dairy farm when she won at 200-1 at Canterbury in 1977.

Van Gestel has always had a horse or two since then, but none of them anywhere near as good as Casino Dancer.

But her talents were well hidden when he saw her for the first time after paying $9000 for her at a Patinack Farm dispersal sale in 2012.

“I bought her sight unseen. I didn’t even know what colour she was,” he said.

“I got her home and I was so disappointed I could have given her away for half the price. There was nothing of her.”

The filly wouldn’t eat and could barely walk and it took months of constant care at Van Gestel’s dairy farm just outside Sydney before she could begin the process that turned her into a racehorse.

And her two recent wins are proof of how well he performed that job.

While has trained many horses over the 40 years since he took out a licence, Van Gestel has bred more thoroughbreds than he’s put saddles on.

One of them was a colt by Hussonet who raced as Fist Of Fury.

He was purchased as a yearling by John O’Shea for $300,000 and won two races and was second in the 2008 Group 1 Coolmore Stud Stakes behind Northern Meteor.

These days Van Gestel has six foals and 20 mares that he keeps at Booralie Stud.

But it is Casino Dancer, who has now won $500,000 in prizemoney, who holds undisputed pride of place in the stable, not only because of her racetrack exploits, but because her trainer got rid of his only other two racehorses a couple of weeks ago.

Now he is devoted to planning the future of a mare whose late burst to prominence has opened the door to some lucrative possibilities.

“We might continue to the Villiers Stakes at Randwick in December,” Van Gestel said.

“I’ll keep her in light work and think about it.

“She could also have a break before the good mares races in the autumn – her future is in those sort of races now.”

Unless, perhaps, his grandson has a better idea.