Luck Of The Irish – Rupert Joins The Tycoons 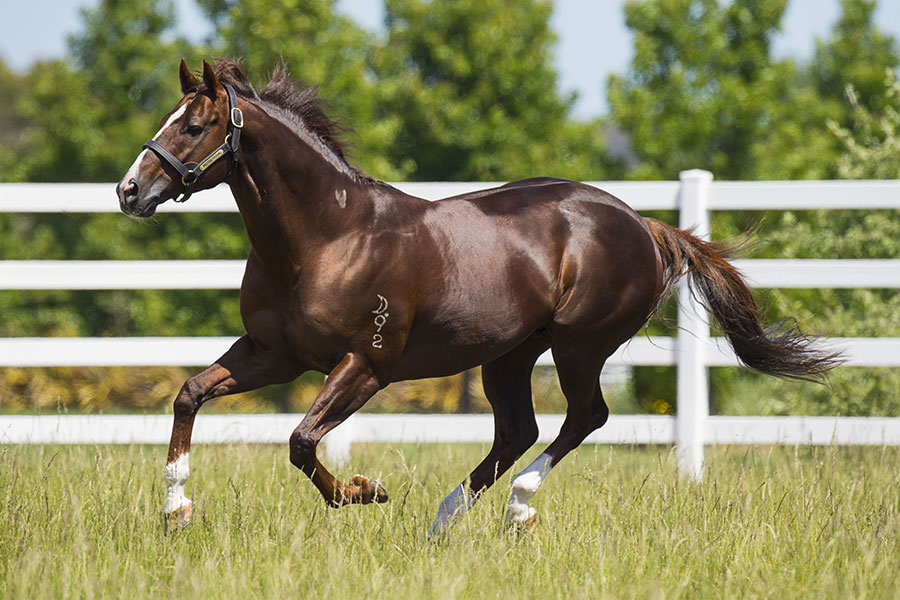 Both stallion and mare were quick, both had won at two, the mating looked good on paper and, even better, Written Tycoon was standing just down the road.

Although racing greenly, as he had done at his only other start when winning at the Sunshine Coast on 23 April, Winning Rupert is clearly a star in the making for trainer Bjorn Baker.

“Winaura is from the first crop of the Show A Hearts,” Cullen explains. “I’ve been told she was the fastest of them from that year and I remember watching her go around. She ended up winning five races and over $220,000 in prizemoney and, when her trainer Gary Farrell said he was heading north (Townsville), I purchased her off him as a broodmare.

“I own Wicklow Lodge – yes, my grandfather was Irish and it’s named after him – and we run about 50 spellers for Washpool Lodge and other clients.

“I’ve only got half a dozen mares myself though, they include Winaura, obviously, and Believe ’n’ Achieve, who is the dam of Gai Waterhouse’s sprinter, Brooklyn, a close up third in last year’s Group Three Chairman’s Stakes at Sandown.”

Pointing out that it’s a pretty good strike rate for a farm with only six mares, Cullen replies, “Luck of the Irish!”.

And that luck is likely to continue if the Champagne Classic victory is anything to go by.

For although Winning Rupert’s pedigree was devoid of black type in the first five generations prior to Saturday, Winaura won’t be lacking for suitors in 2016 with Cullen already having fielded a number of calls by Sunday morning.

“Eliza Park International (now Sun Stud) sold Winning Rupert for me for $67,500 at last year’s March Magic Millions and her I Am Invincible filly for $80,000 in January this year and she’s now back in foal to Newgate’s stallion Sizzling.

“In fact, Newgate were straight on the phone to me after Winning Rupert won the Champagne, suggesting I send her to Capitalist (the 2016 Golden Slipper winner by Written Tycoon).

After spending the 2012 season in Queensland, Written Tycoon was re-located to Woodside Park in Victoria the following spring, at a fee of $13,750, based on three stakes winners and a First Season Sires’ championship.

However, since that time, Written Tycoon has gone from strength to strength with 18 stakes winners – eight alone this season, including four 2YO black type winners. Apart from Capitalist and Winning Rupert, Written Tycoon is also the sire of New Zealand Group One winning juvenile, Luna Rossa.

Consequently, Written Tycoon’s fee has risen to $49,500 and, according to Woodside Park’s Murray Tillett, the stallion was fully booked as soon as the fee was announced: “way overbooked”.

“The only option now is the online auction (via the Woodside Park website) and there are only five of those noms remaining,” Tillett explained. “Interest in the horse has been phenomenal. We’ve even had feelers from the Northern Hemisphere who would like stand him over there. It is certainly an option when you consider that Sepoy had a winner in Europe the other day, while Helmet is going well, as is Foxwedge. It is certainly an added dimension.”