Lucky Year To Farewell A Friend 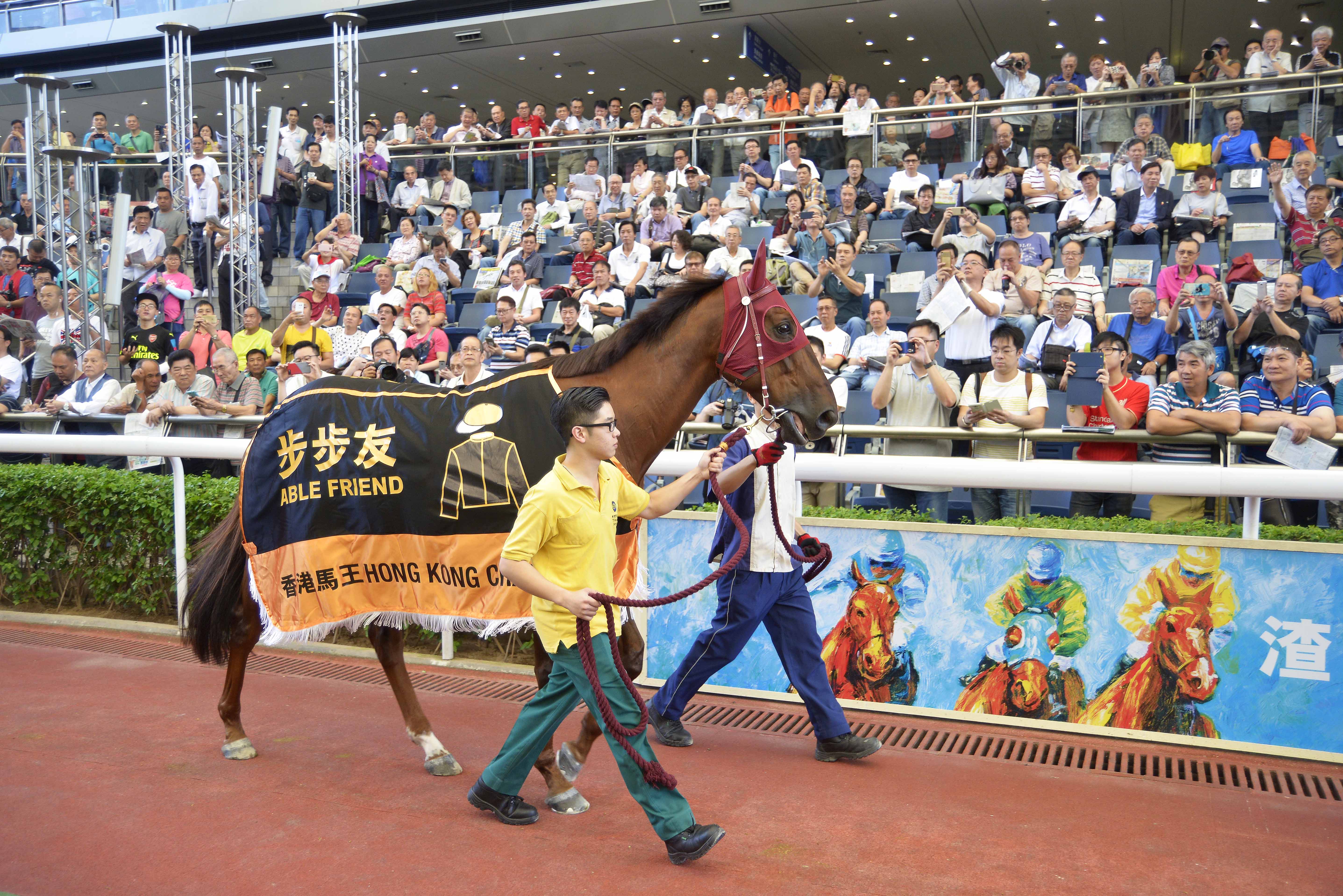 Able Friend parades in front of fans at a farewell ceremony at Sha Tin before his return to Australia (Hong Kong Jockey Club).

It was memorable afternoon at Sha Tin on Sunday with Hong Kong racing fans making a fond farewell to racing superstar, Able Friend, before saluting another Australian-bred in Lucky Year, winner of the Group Three Sha Tin Vase over 1200m.

Fans lined the fence as Able Friend was paraded after race three, giving the Champion 7YO one last hurrah at the scene of his many triumphs.

Hong Kong’s Horse of the Year in 2014-15 and once heading the World’s Sprint rankings, Able Friend won 13 times and amassed an incredible HK$61 million (approximately A$10.5 million) from victories in the Champions Mile, Stewards’ Cup, Hong Kong Mile and Queen’s Silver Jubilee Cup.

The highest rated horse – ever – in Hong Kong, Able Friend will return to the Ramsey family’s Turangga Farm in NSW where he first saw the light of day.

Meanwhile, the Tara Farm, Victoria bred, Lucky Year has a long way to go to attain the stratospheric heights of an Able Friend, but took one step up the ladder with his thrilling victory in the Sha Tin Vase.

Talk about an exciting finish! The first six across the line were all Australian-bred, with a little more than a length covering them, before Lucky Year found that extra cylinder right on the wire.

A 5YO by the now Aquis Farm based sire, Holy Roman Emperor, Lucky Year has won eight races since heading to Hong Kong and is one of four winners from the Naturalism mare, Natural Lil.