Macau Racing Boss Has An Eye For A Horse 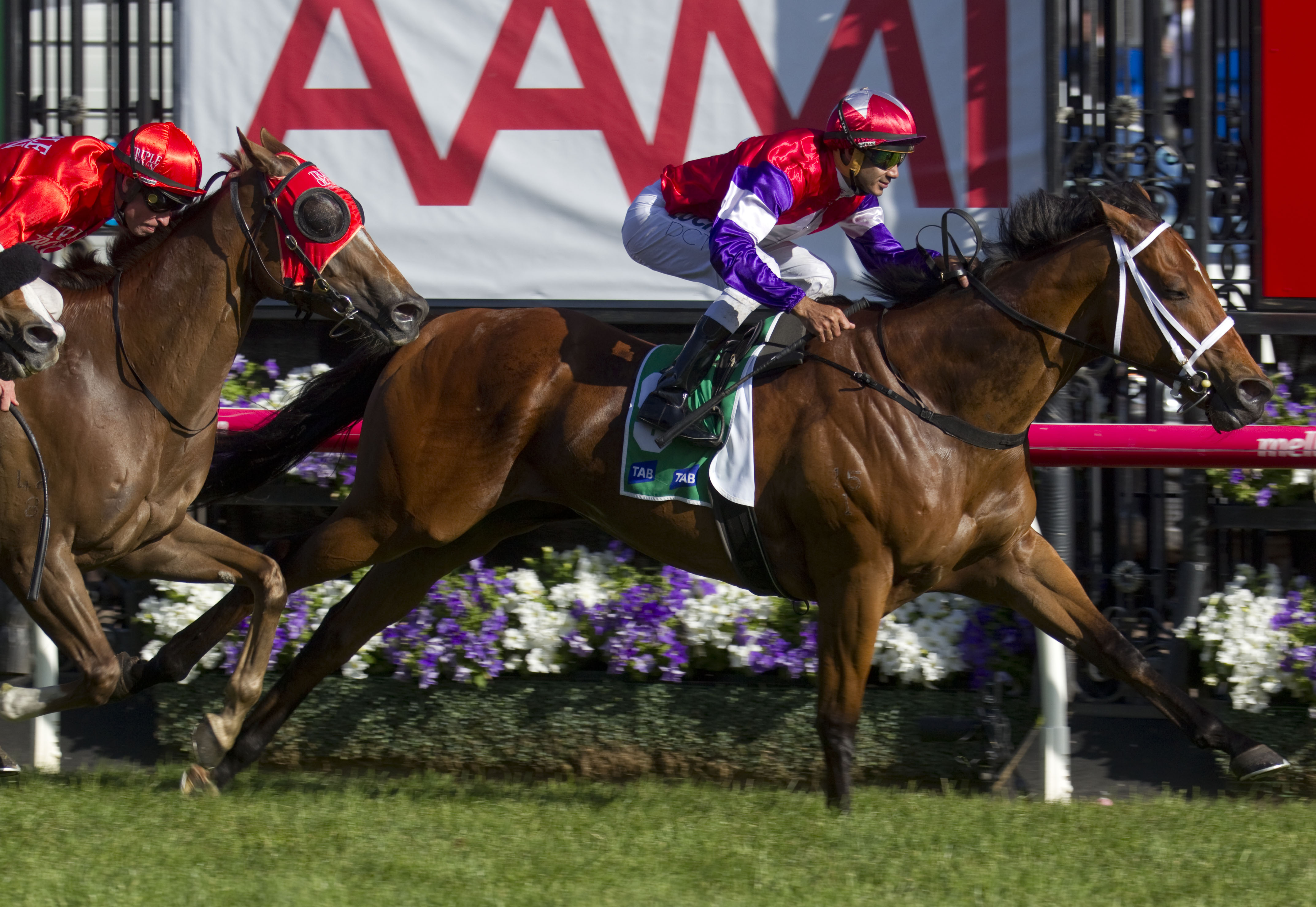 To most people a photograph of a seven-month old horse wouldn’t do much more than confirm it had four legs, a head and a tail.

Even up-close and live it takes an expert eye to distinguish the qualities of one young thoroughbred against another.

But to Thomas Li, the photo he was shown of the colt by California Dane from the unraced Woodman mare Bounce revealed something that attracted him so compellingly that he had to buy it.

“I remember that he had really good muscle over his back and his rump,” Li said.

“I liked him straight away, so I had someone look at him for me and they came back and said he was OK, so I got him.”

Li successfully bid a mere $5000 for the young colt at the 2012 Magic Millions National Weanling Sale from the draft of Newhaven Park and sent him to Adelaide trainer Phillip Stokes and named him Éclair Choice.

18 months later he hit the track, running fourth at Moonee Valley before winning four of his next ten starts and being placed in the other six, highlighted by victory in the Listed Redelva Stakes at Morphettville.

On Saturday he claimed his second stakes race in succession in Melbourne, leading throughout to win the Group 2 Salinger Stakes having dead-heated with Lumosty two weeks earlier in the Group 2 Caulfield Sprint.

“The win at Caulfield was very lucky for me because I arrived late and I didn’t know how to find the mounting yard,” Li said.

It is one of the few mounting yards in Australia that Li, the chief executive of the Macau Jockey Club, doesn’t know his way around.

Éclair Choice is one of 10 horses Li has in training in Australia, all chosen by him, most of them winners and all bought for relatively modest prices.

“I like to buy horses in Australia because I think I can get good quality for a good price,” he said.

As well as Éclair Choice, Li has bought such good performers as Hucklebuck who he paid $50,000 for at the Magic Millions Adelaide yearling sale in 2012 and who this time last year won the Group 1 Emirates Stakes at Flemington.

That win earned Hucklebuck the title of South Australian Horse of the Year and made Stokes the equal leading trainer with Chris Waller at last year’s Melbourne Cup carnival.

“I’ve had a lot of luck with Thomas’s horses,” Stokes said.

“He’s certainly got the knack of spotting a good one and we’ve worked pretty well together.”

As for the naming of his horses, Li gives the credit to his wife.

“She was born in France and I liked the éclair because it is sweet and it also is a French word meaning lightning,” he said.

Politeness To Spread The Word

The win of Politeness in last Saturday’s Group 1 Myer Classic was deserved in many ways.

Politeness has now won eight races and just short of $1 million for trainer Robert Smerdon and owner Phil Sly who for the second time in a couple of weeks dragged himself out of his hospital bed to come to the races and see her win.

Sly, who has battled cancer for more than five years and undergone more than 40 rounds of surgery, admits it’s his horses that keep him going.

“It’s been a tough battle, but you only make it as tough as you let it,” Sly said.

“I’ve had a bit of bark taken off just recently. I look like a three-year-old who has the mumps or measles.

“Hopefully, I will get some energy back in the coming days, but this is a great tonic.”

“The horses keep me alive.”

Sly races Politeness in partnership with one of Japan’s biggest racing and breeding figures, Katsumi Yoshida and her win on Saturday guarantees the daughter of Street Sense a date with the Japanese stallion Deep Impact.

Sly has already done his bit to add an Australian influence to the Japanese breeding scene having sent his Oaks winning daughter of Fastnet Rock, Mosheen to Deep Impact.

He is likely to do the same with Lumosty, another Fastnet Rock mare he races with Yoshida and who dead-heated with Thomas Li’s Éclair Choice in the Caulfield Sprint recently.

Politeness will head to the paddock now and return in the autumn for races such as the $600,000 Group 1 Coolmore Classic (1500m) in Sydney.

Japonisme Carries On The Ingham Legacy

In a way it was a case of the wheel turning the full circle when Japonisme won the Group 1 Coolmore Stud Stakes at Flemington on Saturday.

Japonisme is owned by the second generation of the Ingham family whose colours were once the best known in Australian racing.

The brothers, Jack and Bob Ingham, established Woodlands Stud and bred a team of horses that was the biggest in the country and included two of the best loved of their era, Octagonal and his son Lonhro.

After the stable, the farm and the breeding stock was sold to Sheikh Mohammed al Maktoum in 2008 the next crop of Ingham’s sent the few horses they had retained to Chris Waller.

The partnership had its share of success, but until Japonisme came along a Group 1 win had eluded them.

“We always knew it would come, and it was always going to come when you least expected,” Lyn Ingham said after Japonisme’s win.

The lack of expectation, and the irony of the win, was due to the presence in the race of the hot favourite Exosphere, a son of the family’s star racehorse Lonhro and owned by Sheikh Mohammed’s Godolphin operation.

“We thought we were just there to run second to Exosphere,” Lyn Ingham said.

Her thoughts were echoed by Robbie Ingham, a son of Bob.

“Dad will be at home cheering,” he said.

“We have come to the races so many times thinking this will be the day but we didn’t think that today and look what happened.”

To View the ANZ Aushorse artile as a PDF, click here.