Magic Consol Is A Mile In Front 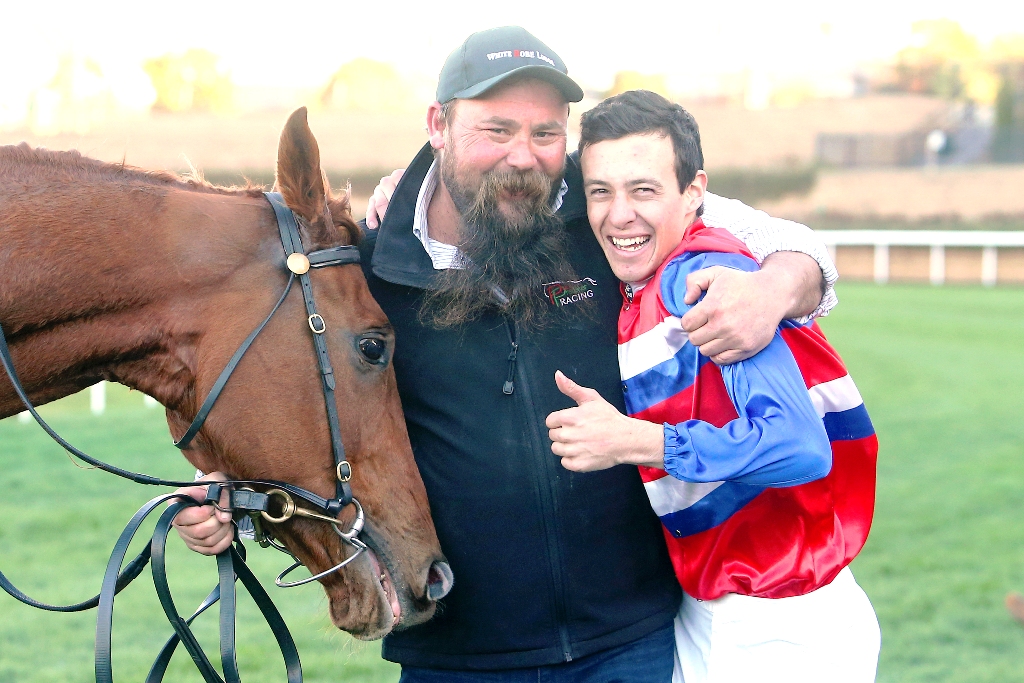 The Group Two Dato Tan Chin Nam Stakes (formerly JF Feehan Stakes) has, in the past, been a major stepping stone toward WS Cox Plate success.

Well, maybe not for the last three years, but Feehan/Cox Plate winners have included Strawberry Road, Rubiton, Our Poetic Prince, Sunline, Northerly and, most recently, El Segundo in 2007.

Thing is, while Saturday’s Dato Tan Chin Nam winner, Magic Consol, is odds on to be at Moonee Valley on 27 October, he won’t be running in the Cox Plate.

Instead, trainer Paul Preusker will target the $200,000 Crystal Mile (1600m) – the identical trip to the Dato Tan Chin Nam – with Magic Consol as “he loves the Valley”.

“It would be lovely to have a runner in the Cox Plate but I reckon we owe this horse,” the Horsham based Preusker points out. “He gives you everything he’s got when you take him out and best to keep him in a spot where he’s best at.

“He goes very well fresh and will probably go straight into the Crystal Mile from here. We just do what works – the Dato Tan Chin Nam was his first run in two months but he’s only really had a week off. Loves his work but he’s also a 9YO so we just do our best to look after him.”

Magic Consol does indeed ‘love the Valley’ and, from seven starts at the track, has produced three wins and two seconds, while overall his record stands at 13 wins and 14 placings from 58 starts for $724,265 in stakes. The Dato Tan Chin Nam was Magic Consol’s biggest win to date, but the son of Consolidator also captured the Listed VRC Winter Championship Final at Flemington in July.

The gusty Magic Consol is rapidly becoming a crowd favourite and they were definitely a happy band of owners at the Valley on Saturday, with his breeder and original trainer, Barbara Marshman, right in the thick of it (albeit not lifted off her feet by a very excited strapper – ‘Whitey’ – who gave part-owner, Peter McFarlane, a bear hug for the ages).

“Magic Consol was actually the last winner I trained, winning a maiden at Horsham (October 2013) before handing him over to Paul,” Marshman explains. “Paul’s done a tremendous job with the horse and never wanted to rush him.

“Magic Consol was a real handful to begin with. Even after he was gelded you could hardly get a jockey on his back and was always a bit spooky. He was always incredibly quick though and has been worth the effort.”

Marshman trained for over 40 years and 1976 George Ryder winner Superior Air is among the many highlights, but believes Magic Consol is definitely “up there with them”.

“I’ve had quite a bit of luck over the years as a trainer but now the pressure is off and I can just sit back and enjoy it,” Marshman adds. “Paul has made the right call regarding the Cox Plate and it will be a huge thrill to just be there on the day.

“I trained Magic Consol’s half brother, Snapparazi, who won a race at Flemington on Melbourne Cup day, so if it would be a fantastic ‘big day double’ if Magic Consol can win the Crystal Mile.”

Magic Consol is by the former Darley stallion, Consolidator, a son of Street Cry who won the USA Breeders’ Futurity Stakes and stood in Australia for just the two seasons: 2006 and 2008. Although he has sired eight stakes winners in North America and Europe, Magic Consol is Consolidator’s sole black type winner down under.

Magic Consol, meanwhile, is out of the now retired Shalford mare, Shally’s Magic – a 6-time winner for McFarlane and Marshman – who hails from the prolific family of Golden Slipper winner, Full On Aces, Impending, Drawn and co.

“I’ve scaled right back and only race a couple and breed from a couple these days, including a half sister to Magic Consol,” Marshman adds. “The great thing is that Magic Consol is doing a pretty good job of paying for all of them!”