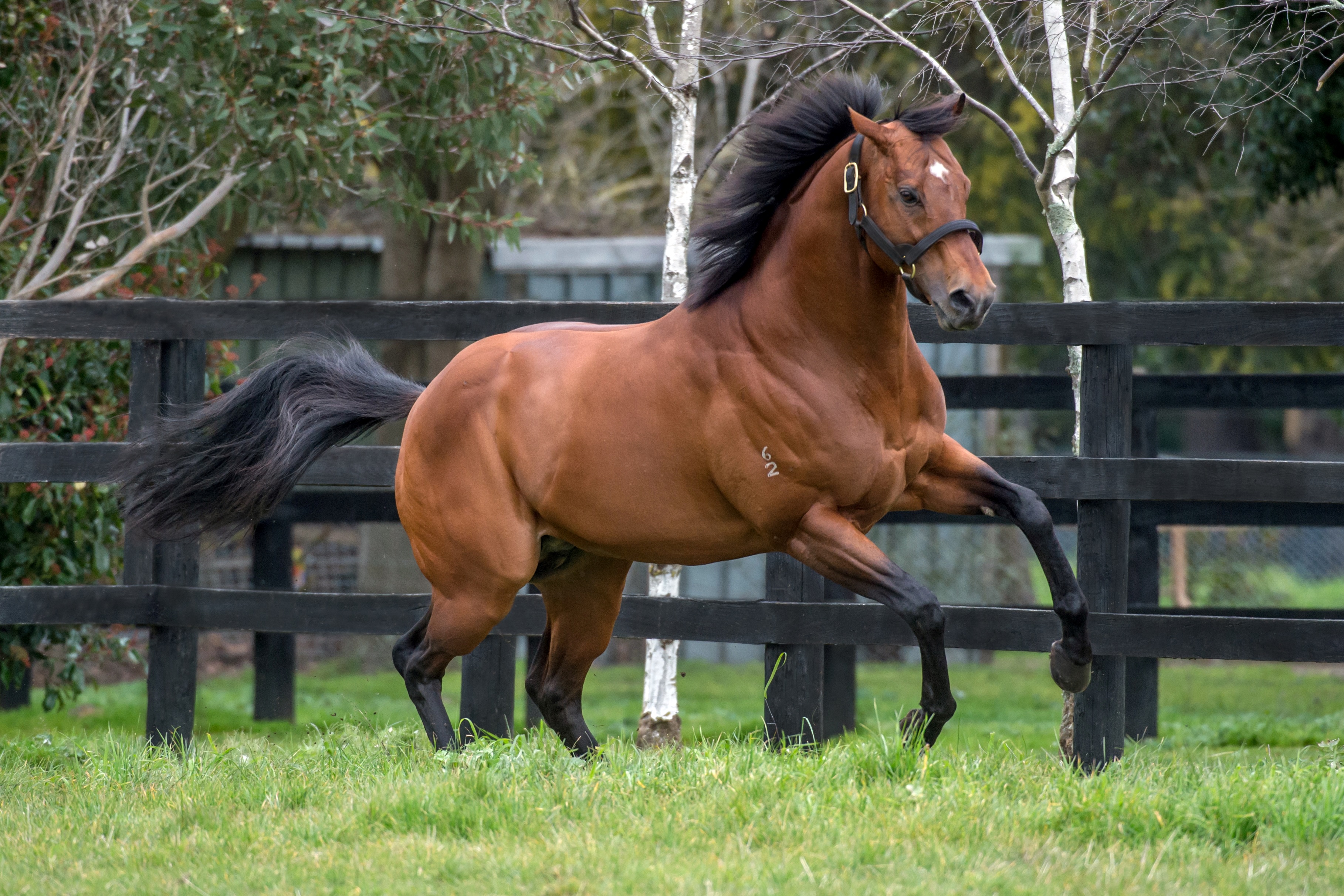 The Inglis Australian Broodmare and Weanling Sale serves a number of purposes, one of those being a ‘shop front’ for first season sires.

This is, after all, the first opportunity that broodmare owners, pinhookers and other buyers will get to see a large gathering of progeny by new sires who caught our attention and imagination before heading to stud some two years previously.

Consequently, the first day for last year’s foals – the Platinum Session – resulted in some serious interest for the likes of Sizzling, Declaration of War and Dundeel – but it was an established stallion in Magnus (pictured) who stole the show.

Acting on behalf of trainer Graeme Gathercole and his wife Barbara, bloodstock agent, Sheamus Mills had inspected the Magnus filly from Group Two winner Flowerdrum on numerous occasions and would eventually go to $160,000 to secure the youngster – the top price from the 123-strong session.

“This will be the first horse by Magnus in the stable, but she has everything we look for,” Barbara Gathercole enthused. “I love her breeding, I love the way she walked and I knew she was going to be mine.”

Breeder-owner, Robert Crabtree, loves a Magnus himself but his connection goes back a fair bit further than the Gathercoles.

Crabtree bred Magnus (whose half-sister Helsinge is the dam of Black Caviar), he raced Magnus to Group One success and, as a major shareholder, stands Magnus at Sun Stud in Victoria.

“I thought one of the most interesting aspects of Sunday was that a Magnus weanling filly topped a sale in Sydney, while right over the other side of the country, the 6Y0 mare, Magnifisio, won the Northam Stakes, her eighth black type victory.

“Magnifisio won the 2014 (Group One) Winterbottom and it looked at one stage as if her best might be behind her, but she appears to be back as good as ever.

“I certainly wish the Gathercoles well, Magnus has something like 69% winners to runners and is always on a trainer’s radar, especially someone like Robbie Griffiths who has raced 10 of them for 10 winners.

“What’s more, Magnus really tends to upgrade his mares. Probably his best runner at the moment, Malaguerra, is targeting the Group One Stradbroke in Brisbane and he’s the 16th foal from Tennessee Morn.”

The Inglis Australian Broodmare and Weanling Sale moved into the Broodmare phase today and continues until Wednesday.