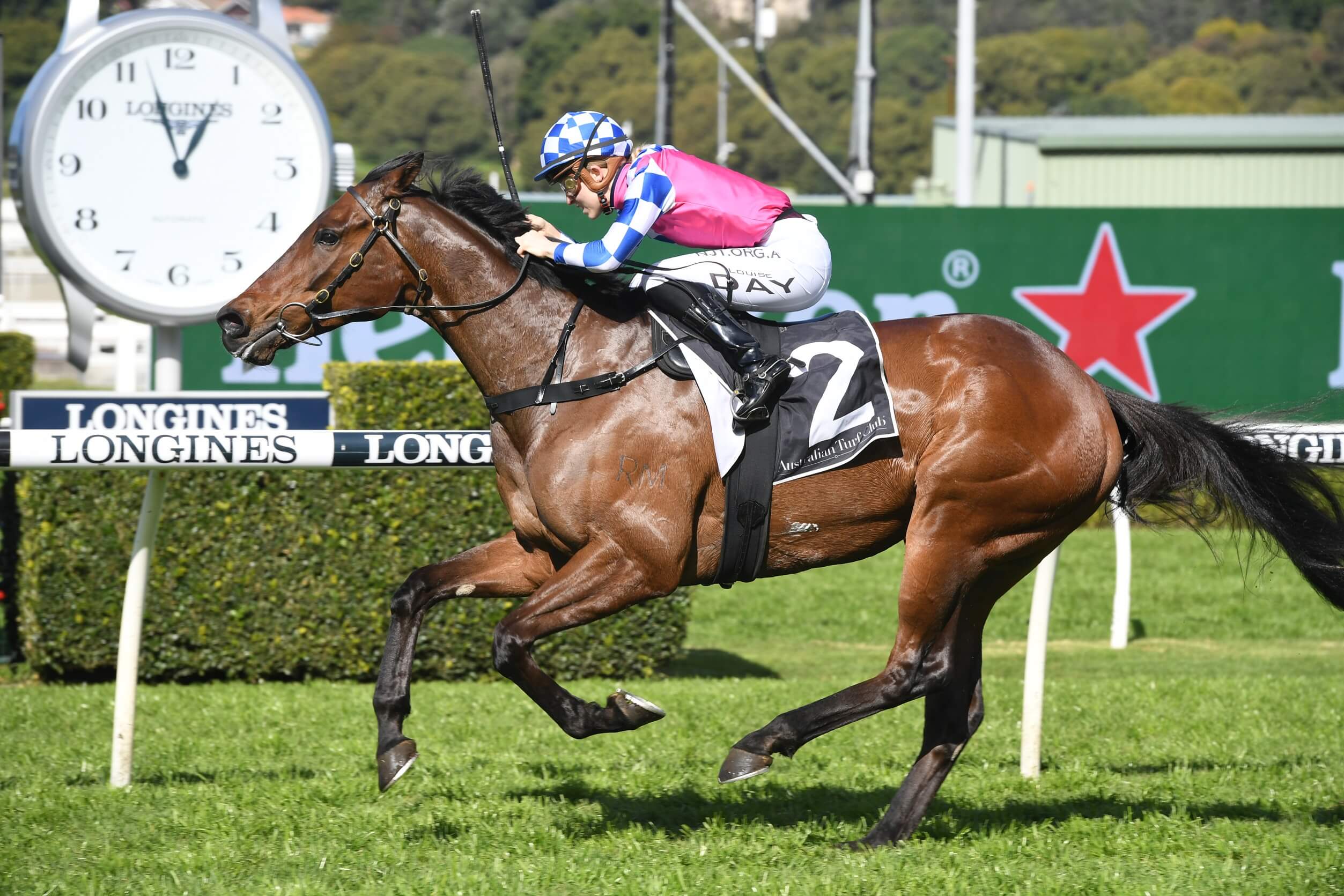 Let’s face it, you don’t come across that many 8YO geldings which appear to be just starting to hit their peak.

However, the manner in which Man of Peace won Saturday’s ATC Thank You Jockeys Handicap over 1300m at Randwick – leading throughout before forging clear with over two lengths to spare – would indicate this is one racehorse at the top of his game.

Indeed, since capturing the Xmas Cup at Moruya last December, Man of Peace has won or placed in eight outings at Randwick, Wagga (Town Plate), Flemington and Kensington. The Thank You became his fifth win in town – thank you! – and the evergreen galloper now takes his earnings to $544,600.

Perhaps though, the best is yet to come. Given the authority of Man of Peace’s most recent performance, the sprinter/miler’s Canberra based trainer, Matt Dale, is now eyeing off a tilt at the $1.3 million The Kosciuszko over 1200m at Randwick on 17 October: the richest race in Australia for country trained horses.

Leading into Saturday, Man of Peace’s previous half dozen assignments had ranged from 1400m to 1600m, but Dale has earmarked the Kosciuszko for a while and was having a roll of the dice at Randwick.

“Going back to 1300m was as close as I could place him to have a look (at how Man of Peace would run over the shorter course) and I thought, if he can come out and win a quality race like this, then I’d put his hand up for a Kosciuszko and freshen him up for it,” a delighted Dale reveals. “I think he answered those questions. The best advertisement for The Kosciuszko is to win a race like that, then the rest will sort itself out.”

Dale has 35 in work at stables in Canberra and Moruya on NSW’s south coast, with his best runners – since taking up training in 2002 – including the 4-time stakes winner of nearly $2 million, Fell Swoop. Dale also saddled up Notation for last year’s Kosciuszko.

“He (Man of Peace) prefers the soft to heavy tracks like Saturday but he ran a neck second to Mugatoo on a Good4 at Randwick in January and Mugatoo has since come out and won a Canberra Cup, ran second in the (Group Three) Manion and resumed with a Listed win at Rosehill a week ago.

“I reckon the Kosciuszko is a terrific concept and would love to win the race, especially for Dave Heywood.”

Breeder, part-owner and original trainer of Man of Peace, Heywood has had a long association with the thoroughbred industry, becoming a jockey in 1960 at the age of 14!

“Back then you could just trot one past the stewards and they’d let you ride in race,” Heywood recalls. “I rode something like 800 winners in 12 years, but in that first year I had a ride in the Melbourne Cup … it was the centenary year. I vividly remember Tulloch (carrying 64kgs) going past me like we’d stopped. He was a phenomenal horse and should have won the race … it wasn’t one of Neville Sellwood’s better rides.”

Heywood gave riding away at the age of 27, with no firm plan in mind, but one of the owners he had been riding for insisted he train a couple of his horses. Heywood protested, saying “I don’t know the first thing about training, but the owner wasn’t put off.

Again, I fronted up to the stewards, told them I’d been given a couple of horses and they wrote out my trainers’ licence right there and then. Things were a little more relaxed back then”.

Always based at Wagga in NSW’s Riverina district, Heywood had a couple of lean years initially before his late brother-in-law, Russ Milne, gave him a horse called Prince of Indies.

“Prince of Indies won 22 races for Russ and me, and he was followed by Pride of Indies and King of Indies,” Heywood remembers. “Pride of Indies went on to win the 1985 Wagga Gold Cup – my proudest moment in racing – and, between the three Indies horses, they won 72 races.”

Fast forward to 2011 and, keeping it local, Heywood would send his Zeditave mare, Ruby Rosewyn – a three quarter sister to Group One winner Chlorophyll – down the road to Zariz, hence producing Man of Peace.

“We’ve since retired Ruby Rosewyn and she’s living out her days on a mate’s property, but she had five to race for five winners. Man of Peace, April Rose, Look at the Rose and Hot Shot Harry have won 32 races between them,” Heywood adds.

Although having his first two starts with Keith Dryden, Man of Peace was trained by Heywood from an early 3YO until just on two years ago. During that time Man of Peace won seven races (and finished fourth behind Santa Ana Lane in the 2017 Wagga Town Plate), but was fast getting weighted out of country races.
“The last few runs for me he was carrying 60, 60.5kgs and I’d always thought he was up to city class,” Heywood explains. “I had no intention of going up to Sydney every couple of weeks, so the other owners and I put him up for sale online.

“The first call I got was from Matty Dale who I’ve known for ages and is a top trainer. He asked me if the horse was sound, didn’t quibble about the price and then enquired as to whether myself and some of the other owners might like to stay in the horse. I said ‘bloody lovely’ and it’s been a great result all round.”

At 75 years young, Heywood has renewed his trainers’ licence for this season, but a recent shoulder injury has necessitated a re-location of his horses to a friend’s stable.

“Until the shoulder clears up, I’m taking a spell … I call it long service without pay,” Heywood adds with a laugh.

A Kosciuszko victory would definitely help the recuperation!