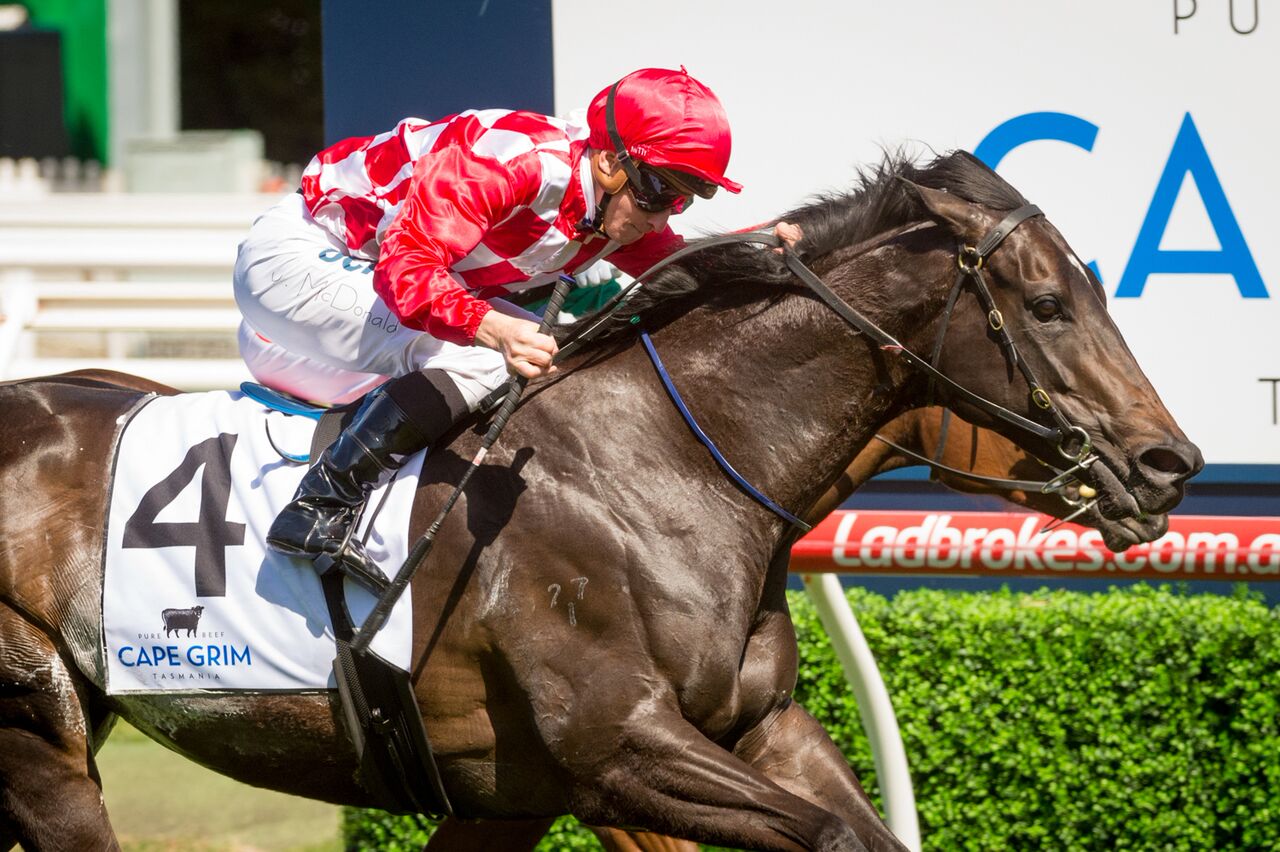 Former West Australian mare, Sheidel, might get the chance to atone for her nose second in the Group One Robert Sangster Stakes in May, by taking on the William Hill Manikato Stakes at Moonee Valley on Friday week.

The 5YO won her fifth stakes race from only 23 outings (13 wins overall) by taking out the Group Three Cape Grim Beef Steaks at Caulfield on Saturday, holding off some fast finishing challengers in a gutsy performance.

“She has done everything but win a Group One,” trainer David Hayes points out. “She won four stakes races in Perth before she was sold to Rob Crabtree earlier this year and since she’s been in the stable, has won the Bel Esprit Stakes at Caulfield, finished second in the Sangster and now won this Group race … she deserves a crack at the Manikato.”

Crabtree explains that he managed to purchase the mare following a phone call from bloodstock agent, Damon Gabbedy: “I was obviously aware of Sheidel but Damon really knows the West Australian scene and it was too good an opportunity to pass up.

“I’m certainly in no rush to send her off to stud … they tell you when they’re ready and I just enjoy racing them: especially when they are going as well as Sheidel.

“It’s shaping to be an interesting Spring in terms of my race mares: apart from Sheidel, I also have Gabella, whom I race with Mark Rowsthorn (owner of Written Tycoon), a stakes winner in France which we brought her to Australia where she won a stakes race (Centuarea Stakes) in Adelaide in May. She’s in a Group Three at Caulfield on Wednesday, while Miss Promiscuity is in a Group Two at Caulfield this Saturday.”

Miss Promiscuity, a Melbourne stakes winner, is by Group One winning sprinter, Magnus, which Crabtree also bred and raced and now stands in conjunction with Sun Stud, Victoria.

Magnus is out of the QTC Cup winning Snippets mare, Scandinavia, who is, as of last week, the dam of a Fastnet Rock colt and also granddam of Black Caviar.

Sheidel, meanwhile, is a daughter of the multiple Group One winning Danehill stallion, Holy Roman Emperor, who has re-located this season to the newly-formed Queensland operation, Aquis Farm.

Stallion Manager, Mark Wooldridge, said he was thrilled with the win of Sheidel and won’t be straying too far from the TV screen when she goes around in the Manikato.

“That was a real bonus for Holy Roman Emperor who is also the sire of 2016 Hong Kong Group One winner, Designs on Rome, and Australian-bred, New Zealand Horse of the Year, Mongolian Khan,” Wooldridge adds. “He’s really caught on with Queensland breeders and we’ve been blown away with the response. Good support from interstate breeders as well.

“Actually, it was a very good day for us at Aquis because apart from Sheidel, our other stallions with progeny – Benfica and Domesday – had winners as well.”