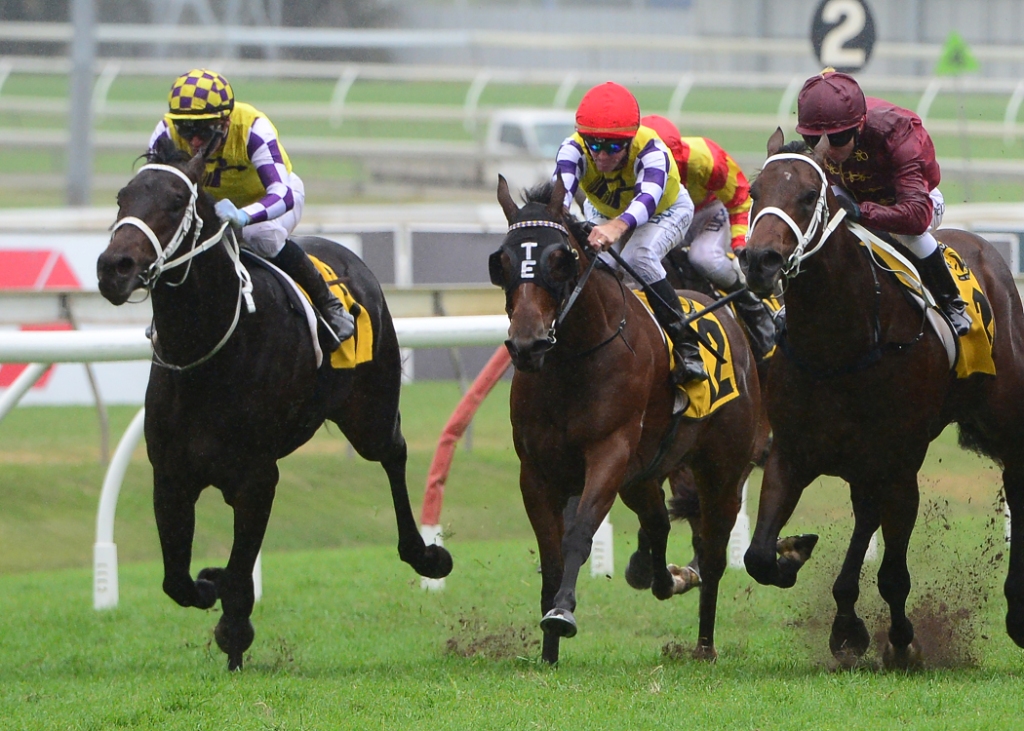 The victory of Lean Mean Machine in Saturday’s Group Two Mitavite BRC Sires’ Produce Stakes over 1350m at Doomben has been a long time in the making for Blue Sky Bloodstock’s Julian Blaxland.

It was Blaxland, along with Raffles Racing and Aquis Farm, who purchased Lean Mean Machine for $250,000 from the 2017 Gold Coast Magic Millions Yearling Sale, before placing the Zoustar colt in Chris Waller’s safe pair of hands.

However, the family association dates back a decade for Blaxland who purchased Lean Mean Machine’s dam, She’s Meaner, for $300,000 from the 2007 Gold Coast Magic Millions Yearling Sale.

“She was a very good racehorse, She’s Meaner,” Blaxland recalls.

“She was purchased in the second year of operation under the Blue Sky banner and ended up running a lip second in the 2008 Magic Millions 2YO Classic (and would also capture the Listed Tommy Smith Slipper).

“After coming so close to winning the 2YO Classic early on, I then had to wait 10 years before Sunlight won the race this year!”

(Blaxland, along with Aquis Farm and McEvoy/Mitchell Racing, purchased Sunlight – also by first season sire sensation, Zoustar – for $300,000 at the 2017 Gold Coast Magic Millions Yearling Sale and the filly has since won $2,165,450 in stakes).

Not surprisingly, Blaxland took a keen interest in She’s Meaner’s Zoustar colt in the lead up to last year’s Magic Millions.

“I went up to Glenlogan Park to have a look at their draft in the first week of December and he (Lean Mean Machine) was just a stand out,” Blaxland adds.

“Then, when I saw him again at the sales – less than six weeks later – he’d improved leaps and bounds. Absolutely cracking type.

“I was talking to Kyan Yap, the Racing Manager for Raffles Racing, and he said they were interested in the colt too. Raffles had been the underbidders when I bought From Within (favourite for the 2017 Magic Millions 2YO Classic) and would later purchase a share in that filly.

“Given we were all happy for Chris Waller to train him, it was agreed that, at the right price, we’d buy the colt jointly with Aquis Farm and it sure paid dividends on Saturday.”

The Sires’ Produce success of Lean Mean Machine also adds to the impressive Group tally for Glenlogan Park, which bred, raised and sold the rising star.

She’s Meaner, a half-sister to multiple Group winner and sire Love Conquers All, is one of five winners from the Group One winning She’s A Meanie.

After selling She’s Meaner as a yearling to Blue Sky, Glenlogan Park wisely retained a one-third share, and would later purchase the mare outright after she was retired from racing.

“Both She’s A Meanie and She’s Meaner would be problematic at stud and required a lot of management, but everything they did produce was outstanding. All had that genuine quality about them.

“Lean Mean Machine, for instance, had a real presence about him … right from day one. Everybody probably says that, but he really did catch your eye.

“On Saturday in the saddling enclosure he didn’t turn a hair and despite all the problems that they had in the barriers with other runners, he remained cool and collected. So much class.”

Unfortunately for Glenlogan, both She’s a Meanie and She’s Meaner have since died, with the former’s last foal born in 2011, while the latter’s final offering was Lean Mean Machine.

“We’ve got a quarter share in a close relation, but it’s fairly safe to say that we would have liked to own more out of that family,” Morley adds.

Once the powerhouse of Queensland breeding, standing several stallions and agisting many mares on behalf of clients, Glenlogan is more of a lean mean machine itself these days.

“Glenlogan is a private concern now and caters for just our mares, with around 40 of them on the property,” Morley explains.

“However, we’ve got a much greater presence nationally and have been active at major yearling sales in 2018, purchasing two fillies outright and taking a percentage in several well-bred colts.”