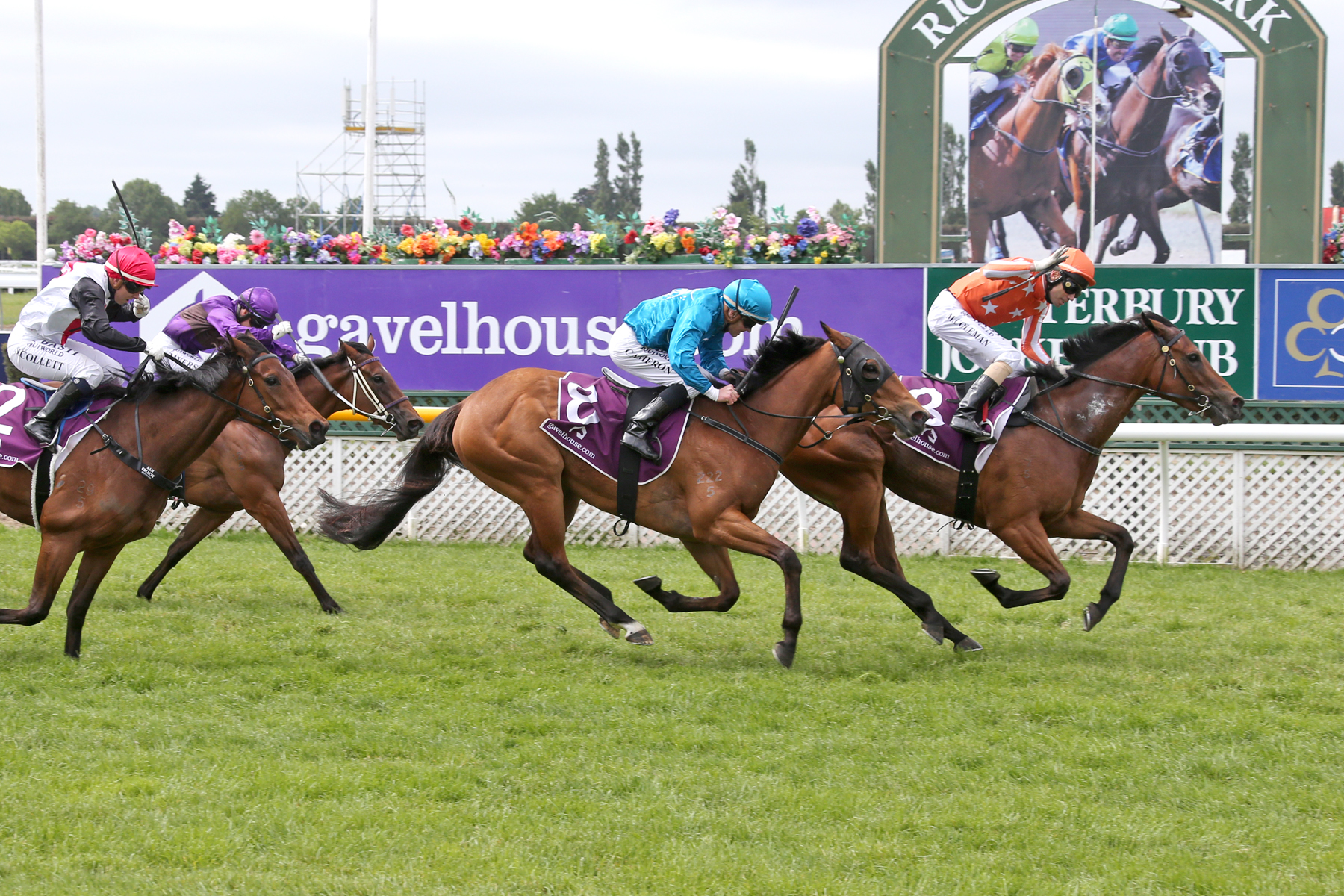 Media Sensation got the ball rolling by leading home an Australian-bred quinella in Saturday’s New Zealand 1000 Guineas at Riccarton. It was the sixth win in the last 10 years by an Australian sourced galloper in the prized Group One.

Then roll on 40 minutes and I’m A Princess wins her first stakes race in the Group Three Le Pine Funerals Summoned Stakes at Sandown Hillside.

The Huddys bred and sold Media Sensation, they race Most Important and they bred AND race I’m A Princess … incredible.

“It was just one of those days,” Linda Huddy points out. “I said to Tony McEvoy (trainer of I’m A Princess) at Sandown that I don’t want this day to finish!”

Becoming the sixth Group One winner for Yarraman Park’s I Am Invincible, Media Sensation is exactly that in New Zealand with her Guineas victory the fifth from only six outings and follows up her Group Three Soliloquy Stakes win last month.

Hailing from the Huddys High Chaparral mare, Different To – a half sister to 2006 NZ 1000 Guineas winner, Dorabella – Media Sensation only arrived at Riccarton on Friday night after a delayed flight but travelled beautifully throughout in the race and is clearly a filly with a big future.

Most Important, meanwhile, is from the second crop of I Am Invincible and, although the Huddys had to go to $260,000 to secure the then colt at the 2014 Gold Coast Magic Millions Yearling Sale, the Keith Noud salute has taken his prizemoney to $966,525.

An elated Huddy wasn’t about to pick a favourite child but the best might have been saved for last with the home-bred, I’m A Princess.

“She was a princess from the moment she was born and she’s a full sister to Shoot Out,” Huddy reveals.

And that, really, is where the story begins. Originally based in Mt Isa, the Huddys sold their earth moving operation in 2008 and, in 2014, shifted to a property north of Brisbane – Peachester Lodge – where they have been able to indulge their interest in racing and breeding.

“We sold the business in February and it was around the time of the Equine Influenza outbreak and the sales had been pushed back, so we had a bit of money in the pocket,” Huddy recalls. “Anyway, we ended up buying four yearlings, including this High Chaparral colt for $15,000. He turned out to be Shoot Out.”

Shoot Out would win the AJC Derby, the Chipping Norton, twice, a George Main and Randwick Guineas, along with wins or placings in 15 other Group events, eventually retiring with over $3.2 million in the bank.

“We’ve been extremely fortunate along the way, but it’s probably worth noting that we also bought a yearling for $250,000 at the same sale as Shoot Out and it only won $500 on the track,” Huddy adds with a laugh.

Shoot Out was bred in Queensland by Neville Stewart and the Huddys subsequently managed to secure the dam, Pentamerous, along with two Ferocity fillies. One of the fillies, Silver Tiara, would go on to produce Silvera – also by High Chaparral – who won a Morphettville Guineas and is now among 20 broodmares on the Huddy books.

“Around the time of Media Sensation and I’m A Princess being born, we had about 10 mares but that’s doubled in number over the last few years. As for racehorses, we’ve got 10 in work with Tony Gollan up here in Queensland, 10 with Tony McEvoy and five more with other trainers,” Huddy explains.

“We send our mares down to the Hunter Valley to foal down and bring them back with foal at foot. I’m A Princess was actually born on Melbourne Cup day and due to being a relatively late foal, Pentamerous missed to Exceed And Excel that spring.

“Anyway, she hasn’t produced a foal since but she was down at Torryburn Stud and they suggested the mare have an operation to tilt the uterus which put her out of commission for another year. However, she was covered by Toronado at Swettenham Stud this spring and is in foal at this point. Fingers crossed.

“It’s certainly been an interesting spring!”

Interesting spring too for Yarraman Park whose star stallion, I Am Invincible, came away with a black type treble on Saturday, courtesy of Media Sensation, Most Important and Listed Merson Cooper Stakes winner, Steal My Kisses.

In the Mitchell family since the late 1960s, Yarraman Park has stood some 20 stallions over the years, but has really struck gold in the last decade. Despite the obvious blow of rising star, Hinchinbrook (16 stakes winners including Press Statement and Seabrook) dying earlier this year, I Am Invincible goes from strength to strength for the Mitchells and will cover up to 200 mares this spring at a fee of $192,500.

(“We send as many mares to I Am Invincible as Arthur and Harry Mitchell allow us,” Huddy adds).

“He (I Am Invincible) has just been a remarkable sire and will have 61 of his youngsters heading up to the Gold Coast for the Magic Millions,” Harry Mitchell points out. “We’ve got 16 of ours on the Gold Coast, seven for Easter and half a dozen for the Sydney Classic.

“Given the stakes treble on Saturday, I’m gathering we might be fairly busy.”