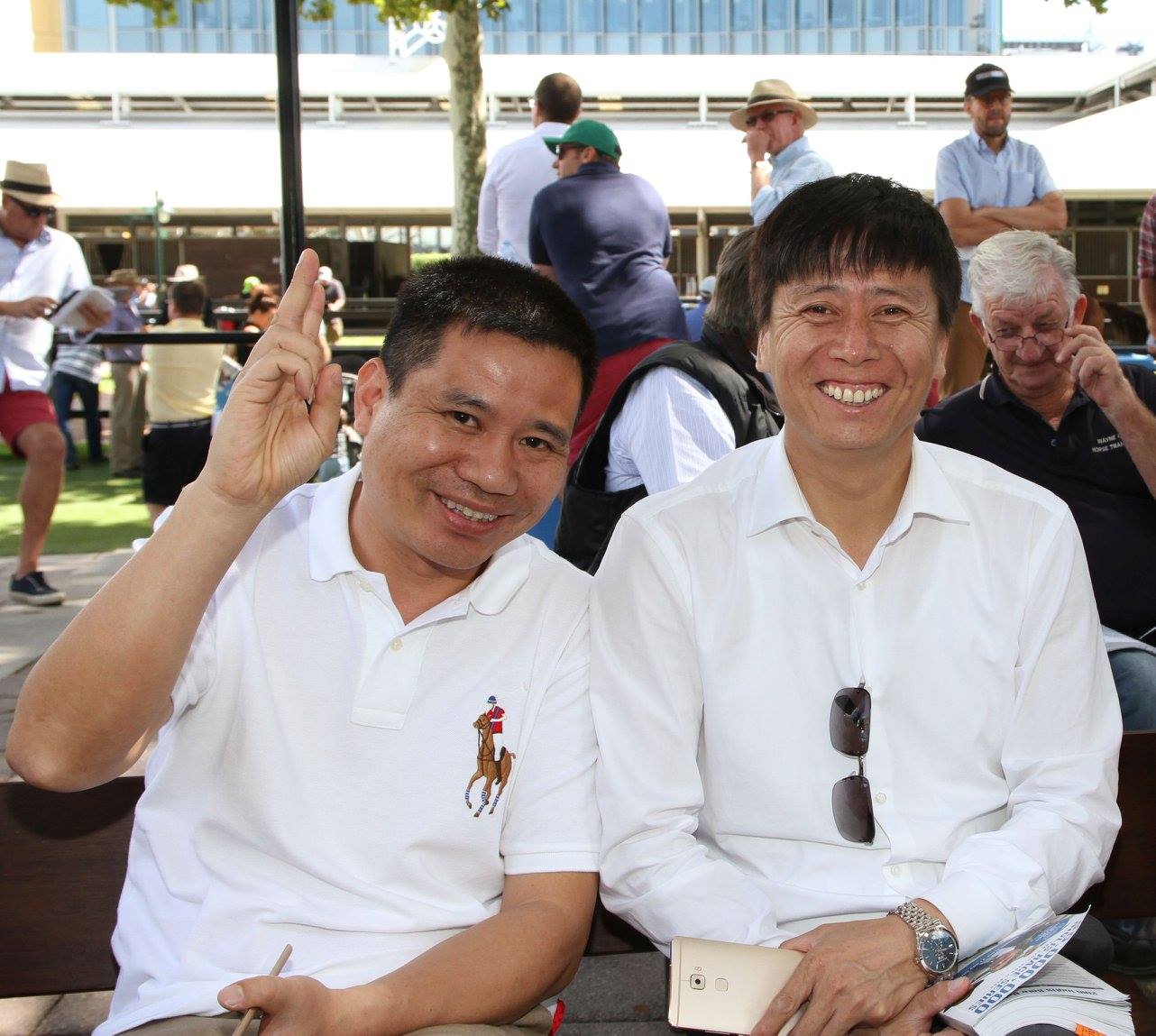 With the average up, median up, gross up, clearance up and a headline grabbing $1.4 million yearling, it was probably easy enough to overlook another significant ‘event’ from the 2017 Inglis Melbourne Premier Yearling Sale.

On the final day – the Premier 2 session – 28 of the 152 lots (18%) sold were knocked down to Chinese investor, Mr Zhang Yuesheng, whose Yulong Investments is rapidly becoming an influential player on the international scene.

Inglis’ Victorian Bloodstock Manager, Simon Vivian, can’t recall another buyer being that active at P2, adding that Yulong’s impact was “phenomenal” and “underpinned” the final day. By comparison, the next most active buyers at P2 signed for three lots and, by the close of play for Premier ’17, Yulong had spent over $1 million on 35 yearlings: a substantial number of which will be transported to China.

“Some of the yearlings will go on to race in Australia, but many are destined for careers on the Chinese mainland,” Yulong’s Indie Zhang reveals. “Mr Zhang is very passionate about his racing and breeding interests all around the world and, aside from a (175 acre) farm in Victoria and racing horses with numerous leading Australian trainers, he also owns a racetrack – Yulong Horse Park – in China’s Shanxi province.

“Race meetings are staged every Saturday at Yulong Horse Park between the months of May and October, with around five to six races on each program, and Mr Zhang is constantly seeking to improve the standard of racing in China.

“Last year he bought 98 horses from Ireland, from which 76 have been shipped to China and, of course, the current numbers will be bolstered by his latest Australian purchases, which should total around 90 after the current sales season has finished.

“Mr Zhang is very eager to see racing in China continue to grow and is actively encouraging ownership among many clients and friends.

“He also maintains a close relationship with auction houses throughout the world and last year for instance – in September – Yulong Horse Park staged the ¥1,000,000 (approx $A200,000) China-Australia Cup in tandem with Inglis and this is the richest race in mainland China.

“We can only see the association between mainland China and other racing regions growing in the years to come. It’s all very exciting.”

Prior to his involvement with the thoroughbred industry, Mr Zhang has had extensive business interests in coal, electricity generation, construction and chemicals.

Yulong bloodstock advisor, Sheamus Mills, adds that Mr Zhang’s breeding interests are also rapidly evolving and he will be selling a number of mares in the next few months.

“There are many aspects to Mr Zhang’s bloodstock involvement,” Mills points out. “He is both a seller and a buyer and has some very nice broodmares on offer in Sydney and on the Gold Coast,” Mills points out. “Three are going to the Chairman’s Sale, while six are heading to the National with the mares all in foal – southern hemisphere time – to leading stallions such as Frankel and Invincible Spirit.

“He has also sold a number of yearlings that were bred here in Australia, so it really is an international operation.”

Vivian, meanwhile, adds that Yulong’s participation capped off a truly remarkable sale in Melbourne: “The Yulong buys had a huge impact on the final day. Their average sales were around $25,000 during a session that had a median of $21,000, but it’s also important to note that Mr Zhang bought seven in the main session as well,” Vivian adds.

“The 2017 Melbourne Premier was a sale that we’ll remember for quite some time: all the key indicators were up but it was the tremendous clearance that I’m really happy about.

“I was asked before the sale what I’d like us to achieve most and I said “a healthy clearance”. It’s currently up around the 88% mark and I expect that number to grow in the next few days.”