Memories Of A Precious Challenge For Touchstone 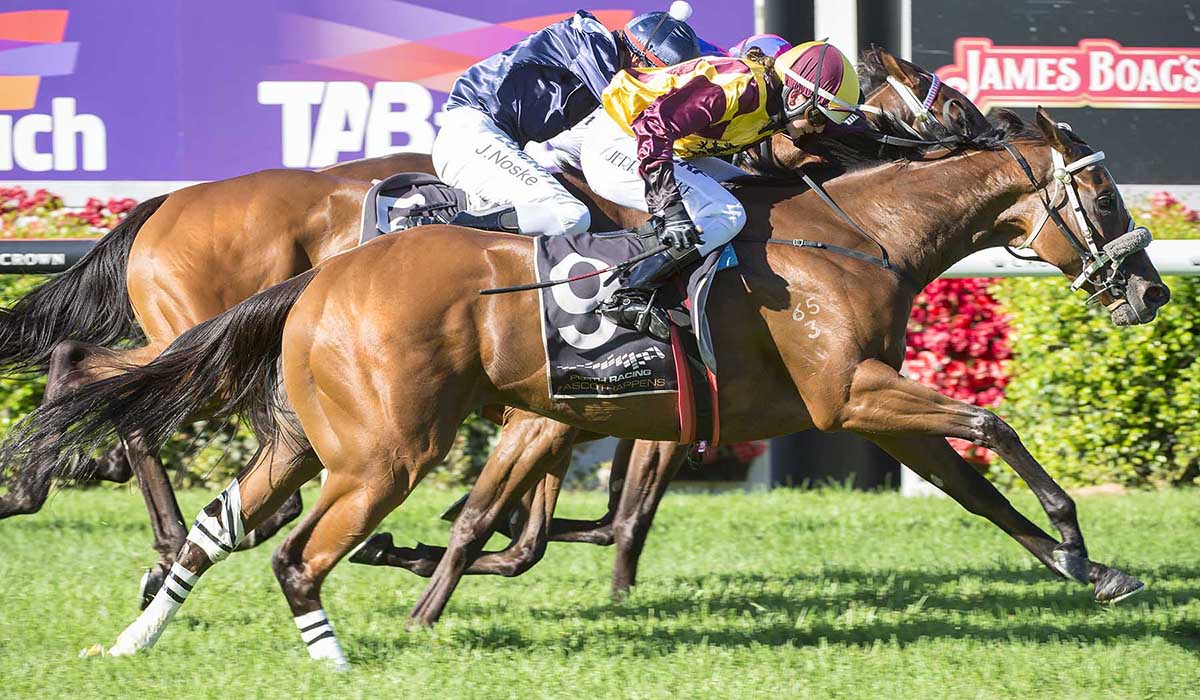 Precious Memories edges out the competition to take out the Listed Challenge Stakes at Ascot on Saturday (Western Racepix).

Touchstone Farm’s Ben Nelligan isn’t about to give up his day time (and night time) gig as a stud master, but reckons if he was into writing scripts, you couldn’t do any better than Precious Memories winning Saturday’s Listed Challenge Stakes (1500m) at Ascot.

Let’s face it … two days out from a sale in which you’re lining up to sell a three quarter sister and then Precious Memories comes out and wins her first stakes race.

“Yes, that was good alright … very timely,” Nelligan points out as he juggles inspections for the Perth Magic Millions, which commences today and concludes tomorrow at the Belmont Park Sales Complex.

“There was plenty of interest in the yearling (by the Widden Stud based, Your Song) before Precious Memories came out and won the Challenge but we’ve been run off our feet since then. She’s very popular.”

Nelligan is also buoyed by the number of faces wandering around the complex, both from near and far.

“There are quite a few from interstate doing inspections … about half and half between them and the locals I reckon,” Nelligan adds. “I think they’ve been attracted through a nice mix of progeny by West Australian and east coast stallions. We’ve got seven by our resident stallions, Planet Five and Vital Equine, but there’s a nice mix of youngsters by Your Song, Star Witness, Street Boss and Bernardini too.

“I think it’s a strong lineup here in Perth and it will hopefully follow the trend of previous sales this year.”

Precious Memories’ trainer, Raquel Mills, has also been doing the rounds at Belmont and confirmed the early interest: “There are quite a few people that have come across for the sale and I think they’ll be glad they did because there’s a lot of nice yearlings.”

Including Precious Memories’ three quarter sister? “Absolutely,” Mills enthused. “We’ll be having another close look at her before she goes into the ring and I would imagine her value has increased substantially since Saturday.

“Precious Memories is a filly that’s just going to get bigger and better. I’m really happy for breeders and owners, Fred and Cathy White, and she’ll probably next run in the Listed 1000 Guineas at Ascot in a fortnight.

“We’ll see how she goes in the meantime though … she’s had eight runs and a trial this preparation so we’ll just take it a run at a time from here.”

Aside from the win of Precious Memories on Saturday, there is naturally a lot of hype around WA breds at the moment, particularly given the continued rise of 4-time Group One winner Black Heart Bart, who was offered at the 2012 Perth Magic Millions.

However, Black Heart Bart is not the lone ranger and other Perth graduates include Group One winners Scenic Blast, Moment of Change, Magnifisio, Eagle Regiment and Scenic Shot along with current notables such as Variation, Silent Sedition, Lucky Street and Tradesman.