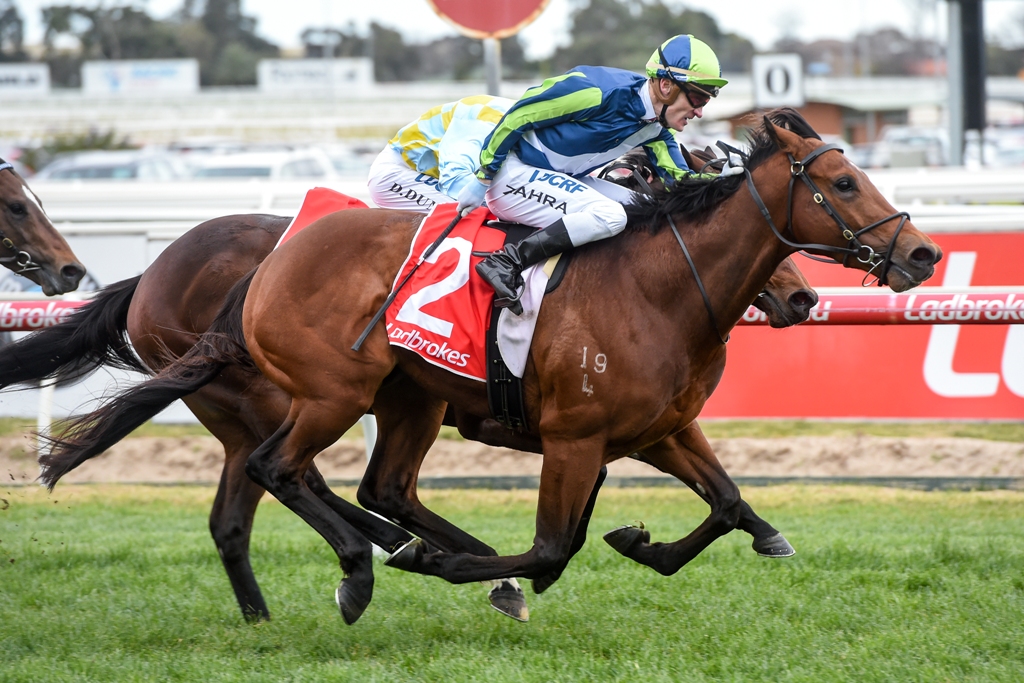 Leading horseman, Peter O’Brien, has experienced many highs during his time in the Australian thoroughbred industry, first as Stud Manager for Coolmore Australia and, now, as General Manager for Segenhoe Stud.

But in terms of ‘red letters’, they don’t come much better than Saturday.

First, O’Brien cheered on unbeaten 3YO colt, Merchant Navy – whom he part-owns – in the Group Three HDF McNeil Stakes over 1200m at Caulfield, while an hour or so later he gave full voice to Voodoo Lad, winner of the Group Three MyPunter.com The Heath over 1100m, who carries the familiar red and yellow seams of Segenhoe Stud.

And, last but hardly least, O’Brien looked on in wonderment as Winx – with whom he has been ‘attached’ since day one – signed off on 19 straight in the Group Two Chelmsford Stakes at Royal Randwick.

Merchant Navy made it a particularly profitable day for O’Brien as the well-bred Fastnet Rock colt won the McNeil in his first run as a 3YO and taking his tally to four from four.

A comfortable winner on debut over 1200m at Pakenham in March, Merchant Navy won over 1400m at Sandown in April before registering his first stakes success in the Listed Anzac Day Stakes at Flemington.

“He (Merchant Navy) was bred by Chris and Jane Barham and sold through us (Segenhoe) at last year’s Inglis Australian Easter Yearling Sale,” O’Brien explains. “Ciaron Maher paid $350,000 for him and I went up to Ciaron after he was sold and asked if I could buy a share in the colt. Chris and Jane stayed in as well, while a few of the lads from Coolmore also got involved.

“This is once-in-a-lifetime for me … you don’t get too many unbeaten, 2YO colts by Fastnet Rock and to top it all off, he’s a full brother to a Group Two winner in Jolie Bay, out of a multiple stakes winning Snippets mare in Legally Bay.

“What’s more, he was a mid-November foal and is still really a baby, so I reckon you’ll see the best of him next autumn. It’s all very exciting.”

More exciting still is the program that his trainer has mapped out for the youngster: “He (Merchant Navy) will head to the (Group One) Golden Rose at Rosehill in a fortnight and then the (Group One) Caulfield Guineas on 14 October,” Maher points out. “He’s got a terrific record and you love to see them resume like that.

“He was very relaxed, pre-race, in the yard and going down to the start which are all great signs for the future. He was very raw and wanted to get on with it a little as a 2YO, but has since furnished into a more rounded racehorse.”

O’Brien was also mightily impressed with the performance of Voodoo Lad in The Heath who overwhelmed his rivals – including 2017 Group One Oakleigh Plate winner and hot favourite, Sheidel – with a blistering turn of hoof.

“Gee, he’s a great horse,” O’Brien adds. “(Trainer) Darren Weir thought he may need the run first up, so to win the way he did was very encouraging and there’s obviously improvement in him.

“As to where he goes from here it will be up to Darren and (Segenhoe Racing Manager) Bill Mitchell, but he’s now three from four at Caulfield and unbeaten over that trip, so fingers crossed he has a big spring in store.”

Not surprisingly, O’Brien is one of Winx’s greatest fans and with good cause.

O’Brien was managing Coolmore at the time the wonder mare was foaled down at the Hunter Valley nursery and has watched her go from wobbly steps to giant leaps.

Winx’s dam, Vegas Showgirl, ‘followed’ O’Brien to Segenhoe and it was from there that Winx’s Snitzel half brother was prepared for last year’s Inglis Australian Easter Yearling Sale where he made $2.3 million.

After missing to Snitzel the following spring, Vegas Showgirl produced a filly in 2016 and was put in foal to Exceed And Excel where she is due to produce in the next week or two.

“No decision has been made as yet on who she’ll be covered by this time around but there are any number of options. Depending on the type she produces, she might go back to Exceed And Excel but again, there are lots of choices.

“Vegas Showgirl usually runs a week over the foaling date, so I expect she’ll drop her Exceed And Excel around the 15th or 16th. I just have my fingers crossed that it’s a filly!”