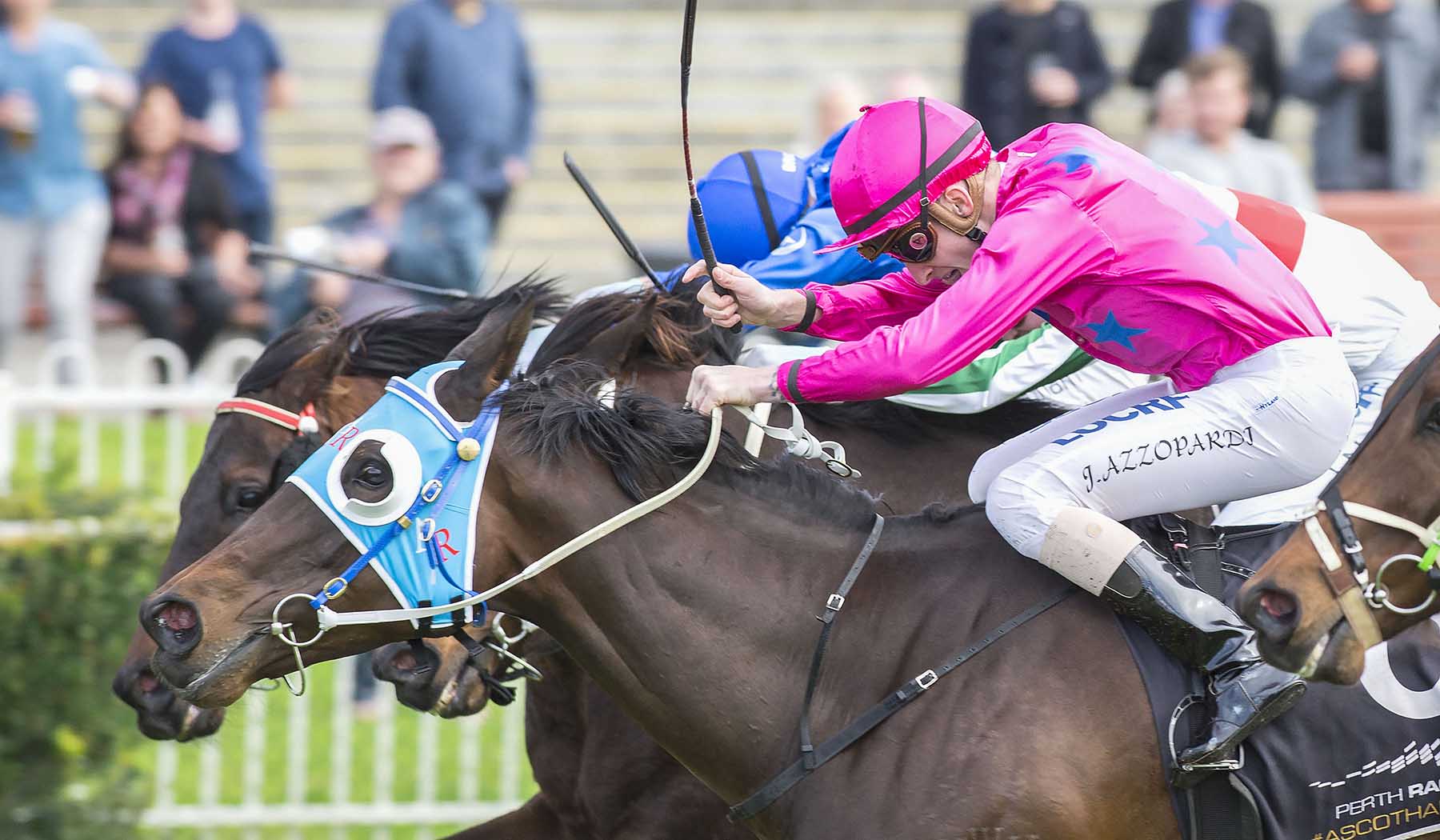 What a sad loss to the industry Northern Meteor was.

On Saturday, in the Listed Belmont Newmarket over 1200m at Belmont, the Encosta de Lago stallion was posthumously rewarded with his 26th stakes winner via the McRostie family owned, Meteoroid, who notched up her first black type victory in a bob of the head thriller.

For a good while there it appeared as if red-hot favourite, Profit Street, would continue his winning ways after capturing the HG Bolton Sprint at his most recent outing, but Meteoroid managed to slip through at the wire, taking her tally to seven wins and six placings from 19 starts for $240,590 in stakes.

Not surprisingly, West Australian owner, Barry McRostie was thrilled with Meteoroid’s win, pointing out that “you can’t get enough of wins like that”.

“I thought she (Meteoroid) might have won the Bolton Sprint a couple of weeks ago but she’s got her black type now and that’s the main thing,” McRostie enthused.

Importantly, all four have become valuable broodmare additions to the McRostie roster, particularly Miss Rose de Lago, an Encosta de Lago mare whose nine wins – including the PB Lawrence and Sunline Stakes – saw her earnings soar to $927,640 before being retired to stud after her third in the Group Three Matron Stakes in March.

“She (Miss Rose de Lago) is currently under lights at Widden Stud and is due to be covered by Sebring – hopefully on 1 September,” McRostie adds.

Meteoroid, meanwhile, is out of the stakes placed Distant Music mare, Benatar, a close relation to stakes winners Sublimity and Rather Grand and to dual 2016 Group One winner, Palentino.

Bred by Neil Hoar, along with family and friends, Meteoroid was offered as a yearling by Kitchwin Hills at the 2013 Inglis Australian Easter Yearling Sale where she was knocked down to Aquanita Racing’s Simon Miller for $90,000.

Kitchwin Hills’ Mick Malone remembers the filly well: “She was was a star yearling – a real stand out on type,” Malone reveals.

“She was from Northern Meteor’s second crop and I remember a lot of people were bagging him and saying that he hadn’t produced any good 2YOs, etcetera, etcetera.

“Within a couple of months of the sale though they started winning all over the place and I reckon if she’d gone through the ring a year later she would have made $400,000.

“The owners sold Benatar for just $5,000 at last year’s Inglis Broodmare Sale and I sure wish I’d bought her!”

Fortunately, Meteoroid’s breeders retained Benatar’s I Am Invincible colt (an unraced 2YO called Ben Hercules) and the mare, according to Newgate Farm’s Henry Field, is currently in foal to Group One winner, Sizzling, for her new owners.

When told of Malone’s ‘guesstimate’ of Meteoroid’s true value as a yearling, McRostie agrees lady luck was on his side.

“Simon Miller inspected her at Easter and was on the phone to me as she was going through the ring,” McRostie reveals. “Simon really liked her but I’d put a cap of $100,000 on the filly so we probably should be counting our blessings!”