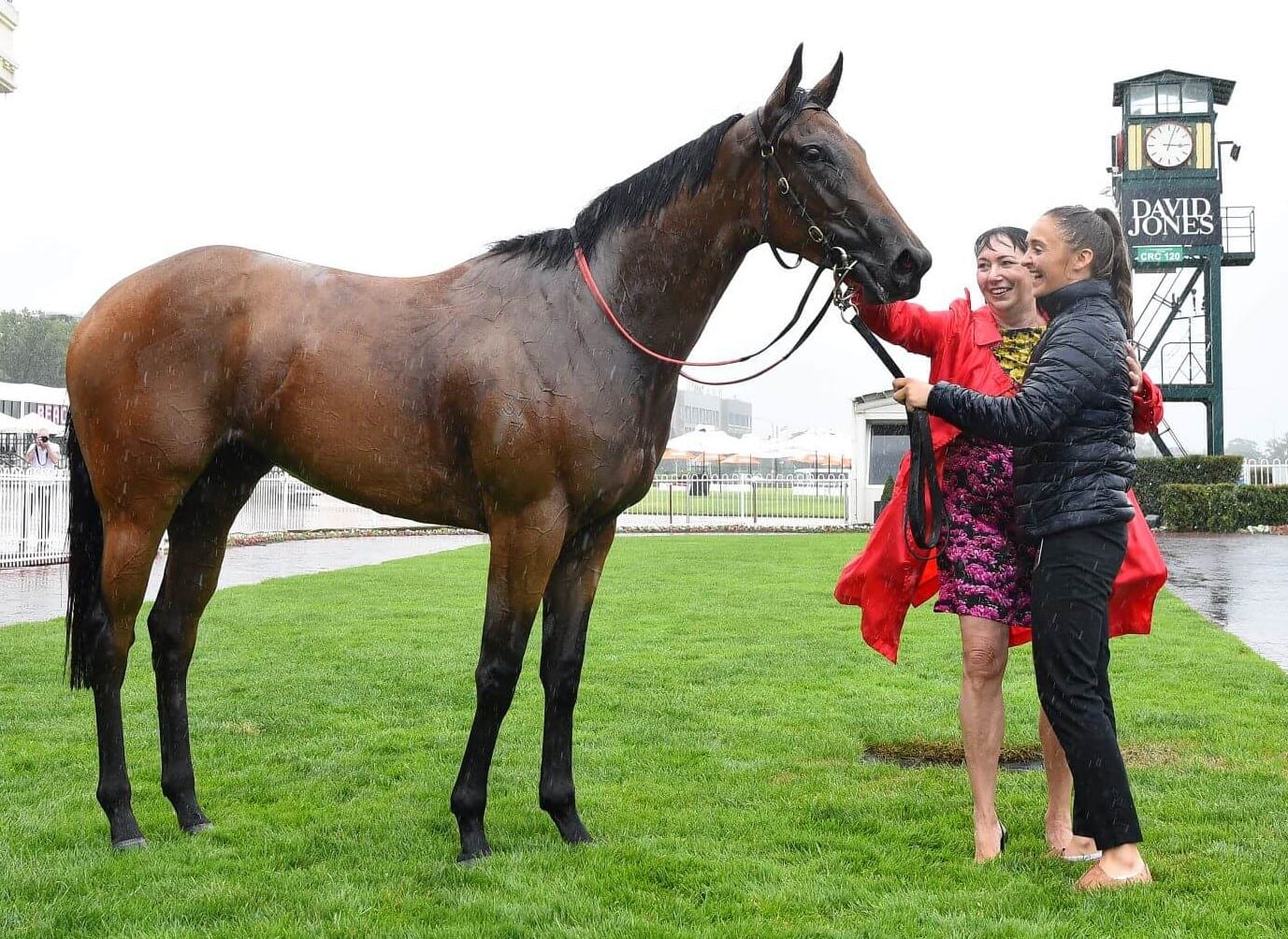 There’s a very good reason why Neville Begg is regarded as one of the best judges in the Australian thoroughbred industry.

A familiar fixture at most yearling sales, Begg inspected a Hinchinbrook filly from the Middlebrook Valley Lodge draft at last year’s Inglis Classic and simply penned a single entry on the catalogue page … “2YO”.

On Saturday at Caulfield, that 2YO – named Mildred and trained by Begg’s son Grahame – won her second stakes race (and third win from four starts) by capturing the Group Three Lamaro’s Hotel Chairman’s Stakes over 1000m.

Mildred is next likely to appear in the Listed Talindert Stakes over 1100m at Flemington on 15 February (she has twice previously won down the Flemington straight, including the Listed Maribyrnong Trial in October) on her way to tackling the $1.5 million Group One Neds Blue Diamond Stakes at Caulfield the following Saturday.

The Beggs combined just two years ago to capture the Blue Diamond with Written By, who was bred by Neville and raced in the same black, white and red as Mildred.

(A son of Written Tycoon – who was trained by Grahame to win the Group Two Todman Stakes at two – Written By would win four Group races before retiring to Widden Stud last spring where he covered 147 mares at a fee of $24,750).

While thrilled with Saturday’s Group success, particularly as another stakes win adds considerably to the filly’s residual as a broodmare, Neville Begg is cautious about Mildred’s chances in the Blue Diamond.

“She is going to cop a huge weight in the Talindert, plus that very good colt of Goldolphin’s, Hanseatic, will be hard to beat in the Diamond,” Begg mused. “Still, it was great to see her win the Chairman’s and full marks to Grahame because I was keen to run her the week before in the Blue Diamond Preview, but he said she wasn’t quite right and suggested holding her back for seven days.

“It just goes to show you should always listen to your trainer,” Begg says with a laugh.

Entering stable life at the age of 14 and working for the Hall of Famer, Maurice McCarten, Begg has been associated with some of Australia’s greatest racehorses: Todman, Delta, Wenona Girl and Columnist in the 22 years with McCarten, and then, under his own shingle, the likes of Emancipation, November Rain, Dalmacia, Veloso, Heat of the Moment and La Cassiere.

Indeed, while very few horses would scale the lofty heights of Emancipation (6 Group Ones), Mildred does ‘share’ one thing with the legendary grey mare.

“When it came to naming Mildred we had a few suggestions knocked back, but then we had no trouble getting Mildred … it’s obviously not a popular name these days, but Mildred was Emancipation’s stable name,” Begg reveals.

At 89 years of age and somewhat restricted in his ‘action’, Begg only races a handful these days – “mainly ones I breed” – but still buys one or two yearlings annually.

Surprisingly, Begg managed to scoop Mildred up for just $45,000 at the Inglis Sydney Classic Yearling Sale.

Mildred is by the late Yarraman Park stallion, Hinchinbrook whose Group One winners include Press Statement, Seabrook, Spright and the Hong Kong flyer, Beat The Clock, while her dam is the Statue of Liberty stakes winner, Tempest Tost, the dam of four winners from four to race and a half to Group One winning sprinter, Notoire.

So, how did you manage to get Mildred so cheaply?

“I’ve got no idea,” Begg replies. “I was standing next to Verna Metcalfe from Middlebrook Valley as Mildred was going through the ring and I asked her if the filly had any problems and she said no. Anyway, she didn’t cost much and has clearly turned out alright.

“I’ve also got an unraced Star Witness filly that I purchased at the Inglis Melbourne Premier for $50,000 last year and she’s a half to (the Group placed) Dirty Work who cost $800,000 the year before.

“It will be handy if the Star Witness (named Ruby Flo) wins a stakes race too.”

HOOFNOTE: Mildred’s dam, Tempest Tost, gets her name from the plaque at the foot of the Statue of Liberty: “Send these, the homeless, tempest-tost to me, I lift my lamp beside the golden door”.