Mill Park Is A Modern Wonder 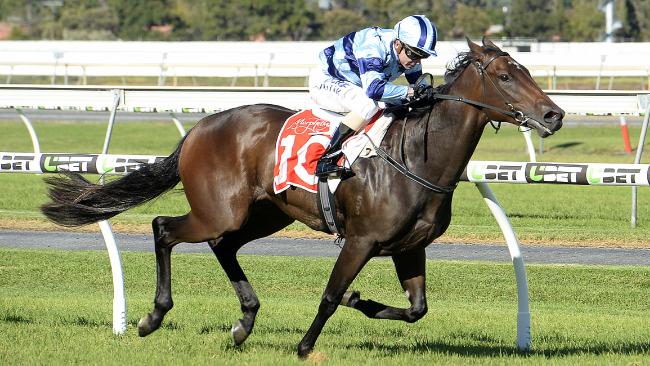 The Dequetteville Stakes at Morphettville on Saturday may well have unearthed a genuine star in Modern Wonder, who lived up to her name with a slashing win on debut.

Co-trainer, Troy Corstens – who purchased the filly for $175,000 at the 2015 Gold Coast Magic Millions Yearling Sale – had anticipated she would make an impression in the Dequetteville, just not that much of an impression.

“I didn’t expect her to win like that … everything she’s done she’s shown she’s above average,” Corstens enthused. “I think she might be a bit of a freak, actually.”

Similar comments might well be levelled at Modern Wonder’s breeder, Mill Park, which is now not only one of the leading farms in South Australia, but also the nation.

As leading vendor at this year’s record-breaking Adelaide Magic Millions, Mill Park’s influence stretches far and wide with its yearlings selling up to $560,000 at Easter, $725,000 at the Gold Coast Magic Millions and finishing No. 1 consignor by average at the Inglis Melbourne Premier Yearling Sale.

Based in the upper south east of South Australia, Mill Park encompasses some 10,000 acres but, according to General Manager, Chris Watson, the horse side of the business consists of 2,000 acres: “We (Mill Park) started breeding horses in the early 1990s, however, it wasn’t until around 2000 that we really went commercial.

That might still sound like a lot of horse feed, but Mill Park’s honour roll is something to behold.

Incredibly, only two of the aforementioned Group One winners are by the same sire and, in the majority of cases, by stallions not residing in the upper echelon of service fees.

“I can’t put my finger on any one thing,” Watson explains. “But I will say that it helps enormously to have such a fantastic band of clients. We all work very closely together to plan matings and determine where the mares will be sent, decide jointly as to which sales the resultant progeny will be consigned, and even involve clients in how the foals are raised and prepared.

“It’s a real communal effort. They are a great bunch of people.”