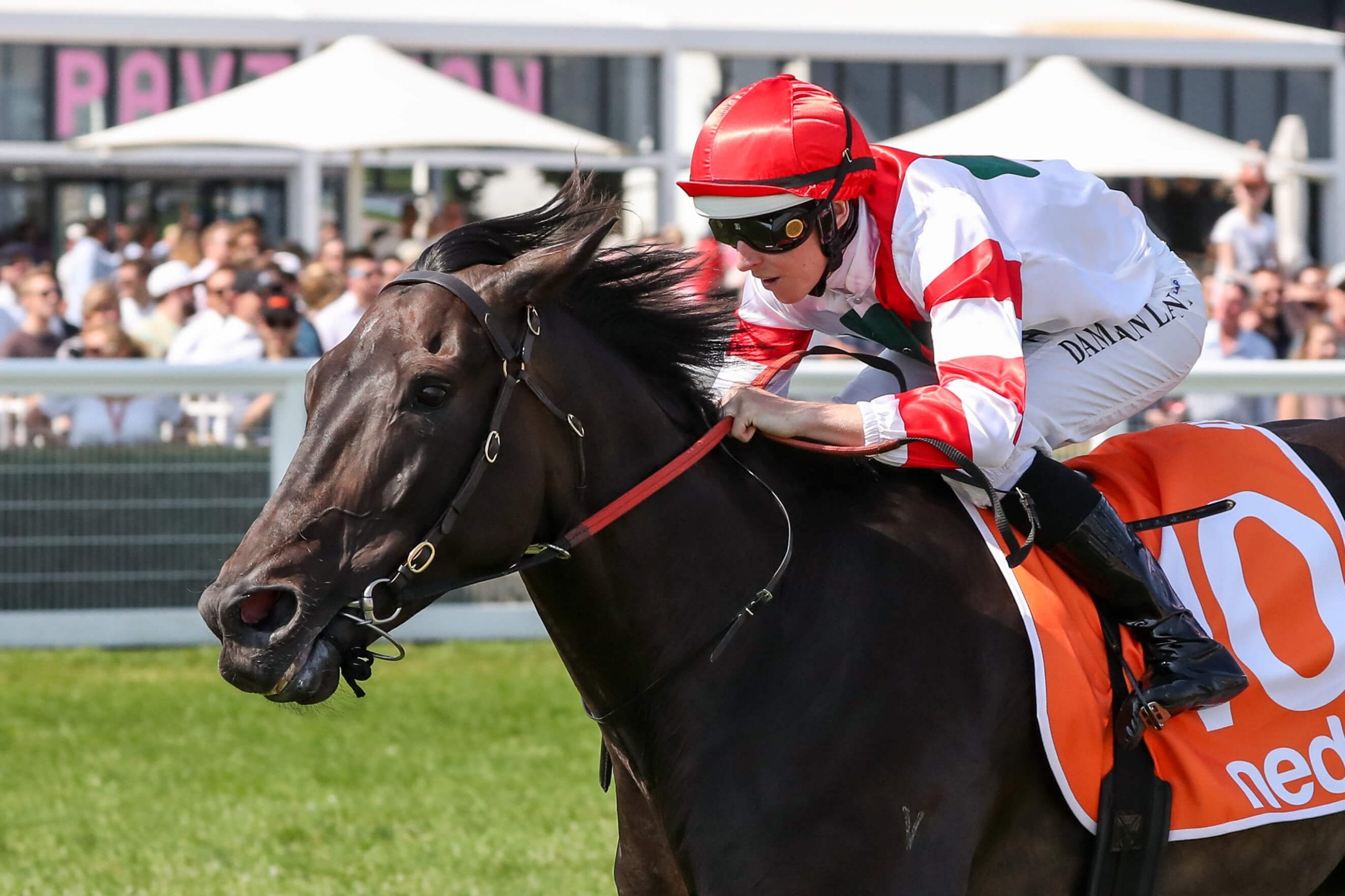 You can hardly feel sorry for a horse that won 15 races – three at Group One level – and over $2.5 million in stakes.

However, you can only wonder what the tally would have been if Hay List didn’t keep bumping into a handy mare by the name of Black Caviar.

Ultimately, Black Caviar would be the only difference between Hay List winning a further four Group Ones. But what theatre though: he was the legendary mare’s greatest foil and will long be remembered by his many race fans.

There were no bigger fans though than the Davenport family who raced the Champion Sprinter in their distinctive red, white and green silks.

West Australian based, Terry Davenport, would breed Hay List from his 5-time winning mare, Sing Hallelujah (whom he also bred and raced!), eventually retiring the star performer in 2013.

Sadly, Hay List would contract laminitis and was euthanised five years ago this month.

Racegoers at Caulfield on Saturday, however, might have felt a sense of déjà vu as Hay List’s So You Think half sister, Miss Siska, notched up her first black type victory in the Group Three Supergardens TS Carlyon Cup over 1600m.

Trained by Grahame Begg, the 6YO mare had been knocking on the black type door with seconds in the Group Two Matriarch in successive years, and was second in the Group Two Let’s Elope last September, but there was no denying her at Caulfield … even after being forced to race three wide for most of the trip.

With seven wins and seven placings from 25 starts and $593,410, Miss Siska will now be aimed at the $1.5 million Group One TAB Australian Cup over 2000m at Flemington on 7 March.

“Her form over the (Australian Cup) journey is very good as she’s only been beaten a head in the past two Matriarchs and we’ve got a fit horse on our hands,” enthused Grahame Begg, who also trains the dual stakes winning 2YO filly, Mildred, winner of last week’s Group Three Chairman’s Stakes.

Fashion designer, Katie Davenport, was naturally delighted with Saturday’s success and believes their 5YO mare has a real chance of adding further Group One glory in what would virtually be seven years to the day since Hay List’s final racetrack success: the Newmarket Handicap.

“The day he won the Newmarket was one for the ages,” says Davenport who juggles family life, horse racing and a rapidly looming deadline for her spring fashion collection. “He was such an incredible horse … so courageous. Ferociously competitive but so gentle off the track. It’s hard to put into words just how much we miss him.

“As for the win on Saturday, it was truly well deserved. Miss Siska always gives her best and has a terrific temperament, but is a bit arrogant too … she knows she’s special.”

The Davenports have raced all of Sing Hallelujah’s progeny – six winners from eight to race – but actually offered Miss Siska at the 2015 Inglis Australian Easter Yearling Sale before passing her in for $330,000.

“There’s a bit of a story behind Miss Siska’s silks too,” Davenport reveals. “We were absolutely devastated when Hay List had to be put down but had already decided to ‘retire’ his silks.

“From side on Miss Siska’s colours look exactly the same, but her silks have a red sash over a green shamrock. My dad grew up in Geraldton and when he was eight years old a group of cyclists came to town and staged a race for the kids.

“My grandmother sewed dad a shirt with a green shamrock and red sash for the race and they took a photo of him after he’d won. He’s proud as punch and it’s one of my favourite photos.

“It’s great to have those particular silks in honour of my dad as he’s done so much for us and provided so much enjoyment and thrills for the family through racing.

“Actually, Miss Siska is named after the yachts of Rolly Tasker who dominated ocean racing around Western Australia in the 1970s and 80s. Dad hired a seaplane one time when we were kids to take us way out to see Siska racing.

“I’ve never forgotten it. I won’t forget our Siska either … it would be tremendous if she can now add an Australian Cup!”